old post
Nayantara Sahgal: “It’s quite possible that the organisers were under political pressure”
January 7, 2019 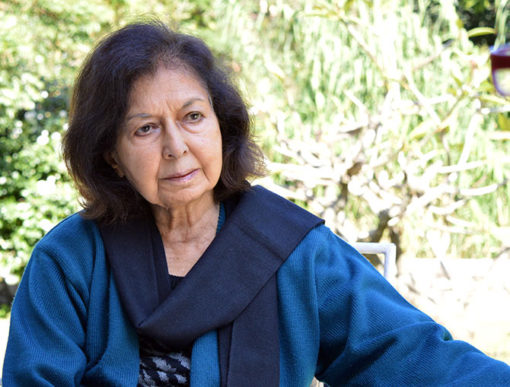 The organisers of the Akhil Bharatiya Marathi Sahitya Sammelan have recently withdrawn the invitation to eminent author Nayantara Sahgal, following a threat issued by Maharashtra Navnirman Sena to disturb the event. The author was invited to inaugurate the literary meet along with the Chief Minister of Maharashtra, Devendra Fadnavis, scheduled from 11 to 13 January, 2019, at Yavatmal, Nagpur.

In a press release, Ramakant Kolte, working president of the Literary Meet’s Reception Committee, said that the organisers had “taken cognizance of the threat given by a political outfit” and had cancelled Sahgal’s invitation “to avoid any untoward incident from those threatening to derail the event”. Speaking to the Indian Cultural Forum, Nayantara Sahgal said, “I have no knowledge of why they cancelled my invitation but it’s quite possible that the organisers were under political pressure.”

Protesting the withdrawal of Sahgal’s name from the event and extending solidarity to the eminent author, various Marathi writers have given a call to boycott the upcoming Sammelan.

Responding to this decision, Sahgal said, “The Marathi writers are upset about the cancellation of the invitation and I am very happy that they stood up for me. I thank them for their support and I am very proud of them.”

Nayantara Sahgal's name was proposed by the Akhil Bharatiya Marathi Sahitya Sammelan chief, Shreepad Joshi, for the inaugural meet. She was recently accorded with the position of Honorary Vice President of the PEN International. PEN South India and Dakshinayan Abhiyan have also issued a statement in solidarity with the writer and called the entire incident “unfortunate”.

Sahgal received the Sahitya Akademi Award in 1986, for her novel, Rich Like Us (1985).  However, on 6 October 2015, following the murders of rationalists, activists and writers—Govind Pansare, Narendra Dabholkar and M. M. Kalburgi, and the Dadri mob lynching incident— Sahgal returned her Akademi Award as a gesture of protest against increasing intolerance in the nation and in support of the right to dissent.

This is the second time in less than a month that attempts to curb freedom of expression have been made in the state of Maharashtra. On December 12, the Savitribai Phule Pune University (SPPU), Maharashtra, unilaterally “postponed” the 79th annual Indian History Congress under political pressure.

Urdu writer and Sahitya Akademi Awardee, Rahman Abbas, has also expressed his disparagement on the committee’s move. Speaking to the Indian Cultural Forum, the writer said, “How could an elected government surrender to a fringe terrorist political outfit? All of us must demand that AIML registers a case against those who have threatened violence. This is not only an effort to silence the author, but also a serious threat to democracy.”