Furthering Privatisation: JNU’s Dhabas to Be Shut to Make Way for McDonalds? 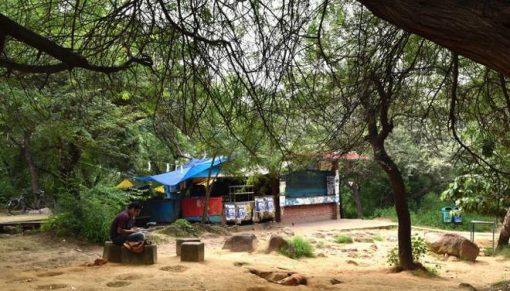 The dhabas (food stalls) in Jawaharlal Nehru University (JNU) may soon be asked to down their shutters to make way for international food chains like McDonalds and Haldiram. The Executive Council meeting on Tuesday decided to close some canteens, and set up a new food court to create a "good ambience" in the campus. Notably, the dhabas have played a key role in public debate and discussions in the university where students could access good quality food at affordable prices round the clock. The move has also given jitters to many shop owners who have been running their small businesses in the university since decades.

In a statement, Registrar Pramod Kumar said that the food courts will provide a variety of foods in the campus. It read: "The Executive Council decided to take appropriate action against the canteens in the campus which are not following the rules, nor catering to the requirements of the student community for clean, hygienic and affordable food."

It added, "The EC has also taken the decision to call for fresh tender for running canteens in the campus and those, who have neither followed the rules nor paid the dues, will not be permitted to participate in the tendering process."

Calling the new move a bid to privatise and corporatise the campus, JNU Students’ Union (JNUSU) pointed out that dhabas remain part of university's public spaces which have been central to the academic engagement. A Union statement read: "Destruction of those spaces through closing down of existing dhabas for corporate takeover is nothing but a blatant move of privatisation which JNU admin has started."

It also added that the decision was taken by bypassing the rules, and Campus Development Council was completely ignored. It said, "The latest decision to close down existing dhabas and start tendering process for new food courts comes from that very philosophy as this is being done by bypassing already established democratic decision-making process in JNU.”

"The Campus Development Committee (CDC) meeting hasn’t been called, and bypassing these democratic decision-making processes only show the true intention of JNU admin and VC who is unilaterally imposing and destroying JNU."

Commenting on this move, JNUSU President N Sai Balaji said that the dhaba culture in JNU as old as the campus, and it’s not just about food. "We have been engaging academically while having food. Also, dhabas are run by small vendors who make a living by selling food. Vice chancellor is actually copying the government in implementing such schemes. If Modi destroyed the livelihoods of small businessmen, VC thinks why should he be behind. The students are still awaiting their scholarship because they were told about the shortage of funds, but VC has enough funds for inviting Sadhguru and Sri Sri Ravishankar,” said Balaji.

Former JNUSU President Vijookrishnan argues that the move is intended to crush the students’ movement in the campus, as the protests usually start and culminate at various dhabas. “By targetting the dhabas, the administration wants to clamp down the student movement. Secondly, they want to make way for these big companies by closing down dhabas. The dhabas have been accessible to all, whereas the new outlets can be accessed by a certain class only."