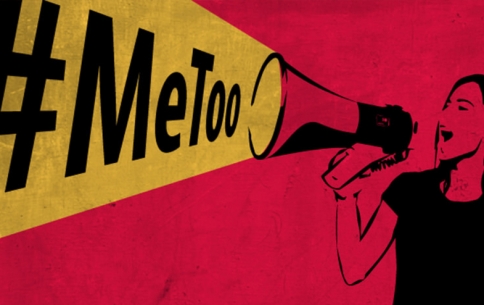 After several women accused former Union Minister M J Akbar of sexual harassment in the wake of the #MeToo campaign, an allegation of rape has now surfaced with a US-based journalist narrating her ordeal of working under him when he was the editor of The Asian Age newspaper.

Pallavi Gogoi, Chief Business Editor at National Public Radio, in an article written under her byline for The Washington Post published on Friday (Thursday, India time), narrated her detailed account and described the incident of rape and various others incidents of sexual assault on her 23 years ago as "the most painful memories of my life".

Akbar's lawyer, Sandeep Kapur, told the Washington Post that his client "states these (incidents and allegation) are false and expressly denied." When contacted by IANS, Kapur said the same thing adding that "any further course of action would be decided by the evening."

After two incidents in Delhi and Bombay, where Akbar had sexually molested and assaulted her, she said, one news story took her to a remote village a few hundred miles from Delhi.

"The assignment was to end in Jaipur. When I checked back, Akbar said I could come discuss the story in his hotel in Jaipur, far from Delhi."

"In his hotel room, even though I fought him, he was physically more powerful. He ripped off my clothes and raped me. Instead of reporting him to the police, I was filled with shame," said Gogoi.

"I didn't tell anyone about this then. Would anyone have believed me? I blamed myself. Why did I go to the hotel room?" she added.

She said after the Jaipur incident, "his grip over me got tighter".

"I stopped fighting his advances because I felt so helpless. He continued to coerce me. For a few months, he continued to defile me sexually, verbally, emotionally," she added.

After several women journalists charged Akbar with sexual harassment and assault in the past one month, he resigned as Minister of State for External Affairs on October 17. He has filed a defamation case against one of the first accusers.

In her 1,800 word article, Gogoi attacked the ruling BJP for letting Akbar continue as its member.

Gogoi added that he would burst into loud rages in the newsroom if he saw her talking to male colleagues of her age. "It was frightening."

Later, when Gogoi was posted in London, she felt that the abuse would stop because she would be far away from Delhi office "except the truth was that he was sending me away so I could have no defenses and he could prey on me whenever he visited the city where I would be posted."

She also alleged that Akbar hit her when he saw her speaking to a male colleague in London office and "went on a rampage, throwing things from the desk at me — a pair of scissors, a paperweight, whatever he could get his hands on", she said.

"I was in shreds — emotionally, physically, mentally…" she wrote

She said it was difficult to explain why she didn't fight him back then.

"I cannot explain today how and why he had such power over me, why I succumbed. Was it because he was so much more powerful than I was?…"

She said over the years, she did not bring up Akbar in conversations as "I've always felt that Akbar is above the law and justice doesn't apply to him. I felt he would never pay the price for what he had done to me."