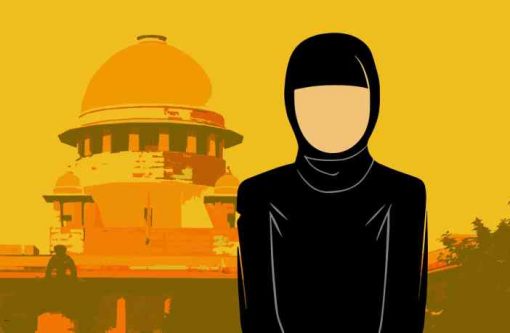 The Central government on September 19  passed the ordinance to amend provisions of the Triple Talaq Bill, 2018 . President  Ram Nath Kovind signed the ordinance later the same day. The official name for the law is the Muslim Women (Protection of Rights of Marriage) Ordinance 2018. It is a watered-down version of the Muslim Women (Protection of Rights on Marriage) Bill 2017, which was passed in the Lok Sabha (Lower House of Parliament) in January  2018 but has been stalled in the Rajya Sabha (Upper House of Parliament), amid protests by the Opposition. The key points concerning the pitfalls of the ordinance, which has to be cleared in Parliament within six months to become a law, are: the instant triple talaq (utterance of the word thrice in one go) in any form – oral, written or electronic – has been banned and made a cognisable offence; it provides for subsistence allowance of a harassed Muslim woman and her dependent children; and custodial rights of minor children. In the tweaked version, now only the woman or any member of her family can file a complaint. There is also room for take-back, unlike the original version. A woman can drop charges if her husband is open to a compromise.

Government data suggests that a total of 66 cases of instant divorce have been reported until November last year. Before the Supreme Court struck down the age-old practice of instant triple talaq rampant in certain schools of thought in the Muslim community, 177 cases were reported, with Uttar Pradesh and Bihar recording the maximum number of cases (as per government sources).

From the Islamic perspective, the Holy Quran demands time and patience in executing a divorce in the hope of making a union possible knowing that the couple is bound to have differences. The issue lies in the implementation and educating the Muslim community about the core essence of the extracts in the Quran about the procedure of divorce. There is a need to sensitise the Muslim community about the Quranic message, which is very explicit about divorce. It leans more towards safeguarding the marriage rather than dissolving it abruptly. Extracts from the Quran may be quoted and implementation of the same may be done, only if the intent is not to damage the practice of Shariah law and go against the Constitutional provisions that readily provide the freedom to practise religion and also dissuade interference in the personal law. There is a complete chapter in the Quran devoted to divorce, entitled ‘Al-Talaq’. The relevant extracts (65:1-2) of the chapter states, “O Prophet, when you divorce women, divorce then for their prescribed waiting periods, and count the waiting period accurately, and fear Allah, your Lord. And do not turn them out of their houses (during the waiting period), nor should they themselves leave them, except in case they commit an open indecency. You do not know: Allah may after this bring about a situation (of reconciliation). Then when they have reached the end of their (waiting) periods, either retain them (in wedlock) in a fair manner or part with them in a fair manner, and call two witnesses from among yourselves, and (O witnesses) bear witness equitably for the sake of Allah.”

How the Proposed Bill will Impact Muslim Women

The Muslim Women (Protection of Rights on Marriage) Ordinance, 2018 or Bill (if passed) will do more damage to the Muslim community rather than save them from being victims.

This proposed Bill is more about winning the lost victims – Muslim women — and losing the new victims – Muslim men. This totally shams the gender equality proposition of the Bill, and opens the doors for a clear division between men and women practising Islam. The long run is no less hazardous than the short-term perils. The vision of the ordinance may have long-term damaging effects on the Muslim community. The criminalising of the pronouncement of triple talaq will subject Muslim men to victimisation, create confusion within the social fabric, further entangle the implementation of Muslim Shariah and open the way for deconstructing the pillars of Muslim shariah. Innumerable laws may be enacted; however, their implementation has pitfalls. The Quran also speaks the same language of declaring Talaq-ul-Biddat as void; however, the implementation of the same has failed.

Criminalising the pronouncement of triple talaq will not serve as an effective deterrent. Crimes under sections 302, 375,376D, 378 and 390 of the Indian Penal Code (IPC), to name a few, have only been going up. A punitive measure in triple talaq is not the only way to curb it, and may not be an effective deterrent. The Muslim Women (Protection of Rights on Marriage) Bill, 2018 should have been put in the public domain and invited comments from various Muslim stakeholders, think tanks/experts on Shariah law before its  introduction. The introduction of the said Bill is not incorrect per se in saying that triple talaq should banned, and the implication wherein making it a criminal offence stands to be misused. The pronouncement of triple talaq is being declared as a non-bailable and cognisable offence, thereby equating it with other serious offences. The criminal law is based on men’s rea. So, ideally, it will mean that if a person uttered  triple talaq, even though his intention was not so, would he still be punished for the same? The cardinal principle of criminal law is presumption of innocence and the burden is always on the prosecution, which has to prove the case beyond any shadow of doubt.

In this case, how will an oral talaq be proved by the wife? These are points of speculation. Now, saying that pronouncement of triple talaq is a criminal offence, the moot question is: whether the pronouncement of triple talaq constitutes a civil wrong or is similar to a crime that entails three years of imprisonment/punishment, as under section 498A IPC 1860 (dealing with dowry harassment and deaths). We need to decide whether pronouncement of talaq will be a civil wrong or a criminal offence? It is noteworthy that in the Supreme Court, while declaring triple talaq as unconstitutional in the matter of Shayara Bano Vs Union of India and others, the minority view of the then Chief Justice JS Khehar and Justice Abdul Nazeer was about considering triple talaq as a valid form of divorce under the Muslim law. They had also stated that “the interference in the Muslim Personal law cannot be done as it has Constitutional protection. This extends to personal law through Article 25 of the Constitution. The level of encroachment in the personal law, The Constitutional freedom of not entering the Personal law. It needs to be kept in mind that the stature of personal law is that of a fundamental right”. They further stated that “it is therefore the constitutional duty of all courts to protect preserve and enforce all fundamental rights and not the other way round. It is judicially unthinkable for a court to accept any prayer to declare as unconstitutional, for any reason or logic, what the Constitution declares as a fundamental right. Because in accepting the prayer, this court would be denying the rights expressly protected under Article 25”. However, since the majority of the judges had set aside triple talaq in the 395-page order passed on August 22, 2017 in W.P (C) 116 of 2016, Shayara Bano Vs Union of India and others and under Article 141 of the Constitution, there is basically no need  for any law, as triple talaq no longer dissolves a marriage. So, the question of punitive action for three years’ imprisonment is little understood. Nowhere in the 395-page judgement does the Supreme Court mention that triple talaq may be a criminally punished. As mentioned earlier, government data shows that there have been 67 cases of triple talaq after the Supreme Court’s judgement. It is, therefore,  too early to draft a Bill, and too early to pass a law, just after the pronouncement of the landmark judgment in August 2017. This gives very little time to create awareness about the Supreme Court’s judgement. Also, according to the 2002 judgement on Shamim Ara, the Supreme Court clearly said that without reconciliation, talaq does not happen. So, either the pitfalls in the implementation of the pronounced judgement need to be worked upon, and if this is not done, then further measures may be taken with regard to the fine or the increase in cost of maintenance under Section 125 Cr.PC., which is applicable to all personal laws.

Lastly, making triple talaq a penal offence is in fact very close to the age-old decision of Caliph Omar, who made it liable for punishment.

It’s high time the mockery of triple talaq was put to rest along with consistent electronic media trials, which end up confusing viewers about the ethics and beliefs of the religion.  The age-old theory of little knowledge being always dangerous, endangers the entire concept of liberty and freedom that Islam has granted to a woman in deciding whether to stay with her husband or separately. There is a need to deepen the understanding of personal laws and ensuring how fairly and epistemologically these are interpreted among the Muslim masses.