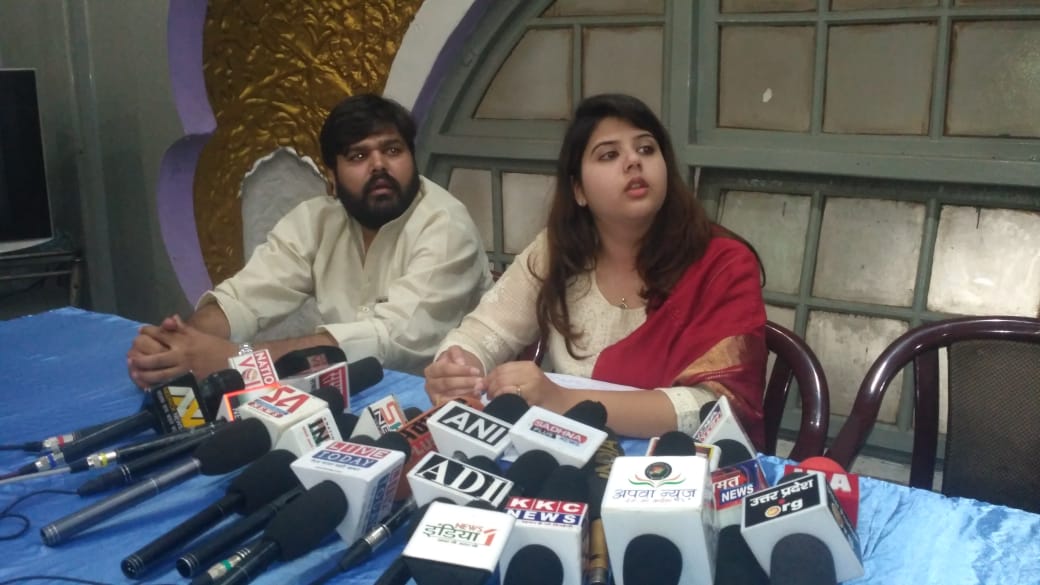 The All India Democratic Women’s Association (AIDWA) expresses shock at the blatant use of terror tactics and attempts of a murderous assault on Pankhuri Pathak and Maria Alam by Bajrang Dal goons in the presence of police personnel in Aligarh. It expresses concern at the break down of law and order in Uttar Pradesh under the Yogi government. Repression is let loose on organisations and individuals who are fighting for justice and raising their voice against growing attacks on the minority community. AIDWA demands immediate dismissal of the police abetting the Bajrang Dal goons. AIDWA also demands immediate arrest of the criminals involved in this murderous assault.

Pankhuri Pathak was going to meet the families of Mustaqeem and Naushad who were killed in an alleged false encounter in Aligarh on September 17, 2018. She was threatened and her car was smashed. Earlier, a social worker Maria Alam and other social activists too were surrounded by Bajrang Dal goons who were called by the Atroli police when she visited the police station to inquire about the arrest of Mustaqeem, Naushad and four other boys. These boys were picked up by the police from their house without any explanation. Their wives and other family members were put under house arrest to prevent them from making inquiries about the arrest of their husbands. Pankhuri and Maria both somehow managed to save themselves from the clutches of these goons and flee from the area.

There is a total breakdown of law and order in Uttar Pradesh under the Yogi regime. The administration and police in blatant misuse of power is conniving with the Sangh Parivar in targeting Muslims, Dalits and Christians. Many young men are being implicated in false cases. Encounter deaths have increased under the Yogi government. Women too are not safe with the crimes against women growing at an alarming rate in Uttar Pradesh. AIDWA calls upon all democratic minded individuals and organisations to raise their voice against this inhumanity in Uttar Pradesh.