old post
“The country will go to the dogs if an unapologetic killer is allowed to become a leader”: Afrazul’s wife
September 24, 2018 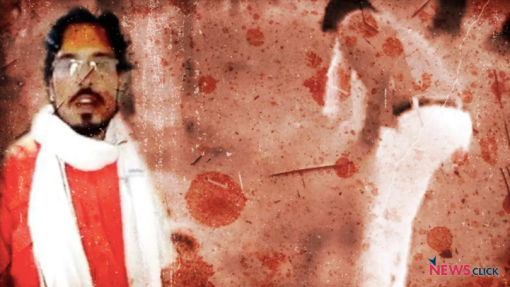 As the disturbing news of Shambhulal Regar getting a ticket to contest election from Agra in Uttar Pradesh reached Malda’s Kaliachak area, Gulbahar Bibi looks visibly agitated. Bibi, the widow of Afrazul Khan, a migrant labourer from West Bengal was hacked and burnt to death in Rajasthan’s Rajasmand district by Regar last year in December, who at present is behind bars.

Regar’s unimaginable brutality had instantly catapulted him into fame as he became a sort of celebrity for the Hindutva supporters, as he justified his killing to counter ‘love-jihad’, a bogey term coined by Right-wingers for inter-faith marriages. His supporters even crowdfunded to support his family’s legal battle and even took out a tableau during Ramnavami to celebrate Regar’s act.

A criminal can’t be allowed to contest elections

Speaking to eNewsroom, a disconsolate Bibi said, “We know that my husband’s murderer was being supported by a section of people. But I had never anticipated that this person accused of murder would be given a ticket to contest the election.” After a pause, she added, “The country will go to the dogs if an unapologetic killer like him is allowed to become a leader. If he goes on to become a political leader then it will become difficult for us to get justice. I will consult a lawyer and make sure that his political ambition is nipped as early as possible after speaking to the gram panchayat.”

On being asked what she wants, she quickly replied, “We want justice. We want him to be hanged till death. As the video shows, which is one of our documentary evidence, he not only tried to instill fear in the common man but also tried to polarize the society. Under no circumstance will I allow this man to be let off so easily. We want justice and shall do our best to have him punished for his heinous crime.”

Seeking support of the intellectuals

Criticising the UP-based political party for having decided to allow Regar contest the approaching Lok Sabha elections, Tanmoy Ghosh, General Secretary of Bangla Sanskriti Manch, a Kolkata-based NGO, which had previously led several protest march, is now demanding justice for Afrazul. He said, “The news of him getting a ticket came as no surprise. He had got immense support from several Hindutva outfits. We are aware of the financial constraints of Afrazul’s family and hence will be filing a PIL soon at the Kolkata High Court, demanding him to be barred from contesting elections. We also plan to mobilize society and seek support from the intellectuals.”

He added, “If required we will approach the opposition leaders to raise this issue at the Parliament. We will definitely not let fringe elements to bring such criminals to the mainstream, as it will set a bad example for India’s democracy.”

PIL can act as a deterrent

Speaking about the legality of Regar contesting elections, Kolkata High Court lawyer, Shabnam Sultana said, “Under the Representation of People’s Act and the Indian Constitution, a criminal is barred from contesting elections. In this case, we have strong digital evidence which proves that Regar has committed a grave crime. I will be filing a PIL on behalf of Bangla Sanskriti Manch and am very hopeful of getting a stay order on his move to contest elections. If required, we shall take up the issue at the Supreme Court.”

On being asked if the killing of Afrazul (a hate crime) was politically motivated? Ghosh replied, “Of course, the brutal murder had a political agenda. I was shocked to hear Amit Shah boast in one of his speeches that they won the Gujarat elections despite ‘Akhlaque issue’. This definitely amounts to patronizing hate crimes. We definitely don’t expect such comments from the president of a political party.”

But does the contemplation of Regar being given a ticket to contest the election, mean that he will win the election? Political analyst Bishwanath Chakraborty said, “Mark my words, even if Regar contests the election, he will not win. The party giving him the ticket is using him to gain instant popularity. Other major political parties will be least affected by the Regar factor.”