old post
Along With Jharkhand’s Santoshi, 55 Died of Hunger Across India in Last Three Years
September 24, 2018 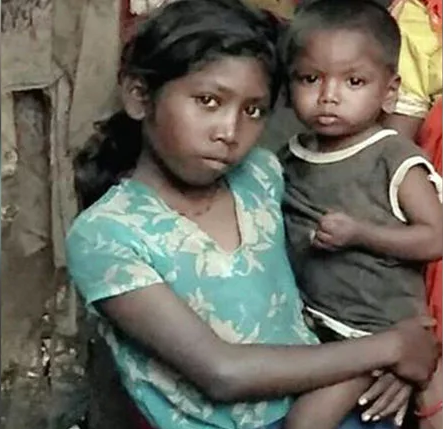 As many as 56 starvation deaths have been reported in the last four years in India, of which 42 deaths took place between 2017 and 2018.

And in two Indian states – Jharkhand and Uttar Pradesh (16 cases each), maximum number of hunger deaths have taken place.

A group of social activists have compiled a list of hunger deaths to mark the death anniversary of Santoshi Kumari, who had starved to death in Jharkhand last year. Her family claimed that she had died crying bhaat-bhaat (boiled rice).

The press communiqué issued by the activists stated, “This is a telling reminder of the precarious living conditions of the Indian poor.”

“In a healthy democracy, hunger deaths would make it to the headlines and become a matter of debate and action. Some of the cases reported here did receive some attention, but even those did not lead to the sort of sustained pressure that would force the government to do what it takes to prevent hunger deaths. Most of them barely made it to the ‘news ticker’ of the fast-paced breaking news,” it further read.

On the occasion of Santoshi’s death anniversary, social activists like Siraj Dutta, Reetika Khera led by Jean Dreze compiled a list of reported hunger deaths from 2015, by searching news reports related to hunger deaths on Google.

Hunger deaths mean that the victim died after prolonged hunger because there was no food or money in the house, and that, quite likely, he or she would have survived otherwise.

News reports of “starvation deaths” have been coming in a steady trickle over the past few years in India. One particularly tragic episode was that of eleven-year-old Santoshi Kumari in Jharkhand. She died on September 28, 2017 begging her mother for rice as she slipped into unconsciousness. It was later learnt that her family had lost their ration card because it had not been linked with Aadhaar (in mid-2017, the Jharkhand government mass-cancelled Aadhaar-less rations cards).

“Many of them depend critically on social security pensions and the public distribution system (PDS) for their survival. Denial of PDS rations or pensions accounts for most of the hunger deaths. Most of the victims are from disadvantaged groups, e.g. Dalits, Adivasis and Muslims,” wrote the activists.

During their research, the activists found out that, out of the 42 hunger deaths in 2017 and 2018, a majority (25) of the cases were related to the Aadhaar issue.

Further investigation revealed that out of these 25 cases, 18 were due to loss of one’s ration card or pension for lack of Aadhaar linking, and failure of Aadhaar-based biometric authentication (ABBA), which is compulsory in several states. While the remaining 7 deaths were due to individuals being denied PDS rations or a ration card for unspecified reasons, which are likely to be related to Aadhaar in some cases at least, mentioned the release.

In Jharkhand, ABBA is compulsory in most ration shops. Uttar Pradesh too, has implemented the National Food Security Act but in a belated and haphazard manner.

“Despite the growing evidence of the counter-productive role of ABBA in the PDS, the central government persists in its determination to make it compulsory across the country,” it added.