old post
“I am traumatized and living in fear. Anytime, I can be killed”: Prof Sanjay Kumar
September 13, 2018 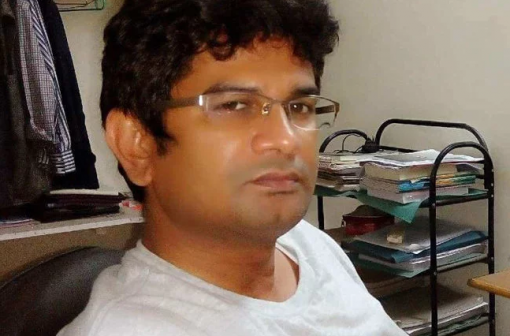 Sanjay Kumar, assistant professor of sociology, at Mahatma Gandhi Central University, Motihari (Bihar) who was dragged from his residence and nearly torched by a group of men for having spoken against the Vice-Chancellor of the university, speaks to eNewsroom about his trauma and agony, just after his university swung back to normalcy. Following are excerpts from the conversation with Kumar:

A: I believe in the struggle for an egalitarian society. I am a believer in democratic values and equality. This ideology is not easily accepted by the fascist system. These fascists are desperate and have attacked me because of my philosophy. These fascists become desperate when you expose their corruptions. The VC of our university is an outrightly corrupt, feudal and patriarchal. He orchestrated this attack on me with the help of his right-wing goons.

Q: How much is India in need of the ideology that you follow. How are you going to show your solidarity for this belief of yours, which has led to the attack on you and others like Kanhaiya Kumar?

A: India is very much in need of leaders with such an ideologue. All we believers of peace and democratic values, who celebrate the legacies of Ambedkar, Marx need to come together in order taken on the fascists.

Q: While attacking you, the attackers were heard saying, Kanhaiya banega…? How you connect yourself with Kanhaiya and his movement to get Azadi from fear, hunger, and sanghwad?

A: We all need “azadi” of all kind. We must welcome all who help us in getting the “azadi” irrespective of their ideological differences.

Q: There is an ongoing debate on urban naxal. Do you also feel you that you are one of them?

A: Anybody who is against BJP is a naxal or an urban naxal.

Q: Mahatma Gandhi Central University, which was closed sine die sinceAugustt 20, after the assault on you, has started operating now. How do you see to it?

A: Mahatma Gandhi Central University Teachers Association (MGCUTA) along with students; democratic and sensible Champaranvasi since the very beginning have opposed this draconian move (sine die) by the vice-chancellor. This criminal conspiracy of the VC is an assault on the dreams of all the teachers working for quality education. Much ahead of the murderous attack on me (August 17) the VC had said that no admission would take place for the undergraduate courses (which are the major course of MGCUB), this session. However, notification for MBA and MSW was issued. But so far admission has taken place, even for these two courses.

Q: This incident has shocked many. What’s your feeling at the moment?

A: I am traumatized and living in fear. Any time I can be killed. VC along with local goons has made the university a ‘concentration camp’. This Brahmanical VC is hell bent on running the university as per Manusmriti and violating all constitutional measures. He had the audacity to say, “No Supreme Court can save you if I terminate you”.