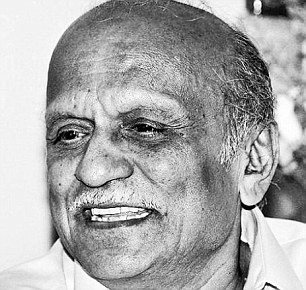 On this day, three years ago, the renowned Kannada scholar and rationalist MM Kalburgi was shot dead at his own residence. Over the years, there have been innumerable responses of outrage as well as demands from academics, cultural practitioners, activists and citizens to find the murderers and bring justice for not just Kalburgi, but for all the rational voices of dissent in the nation.

To mark this day, we present from our archives, a timeline of the events surrounding the demand for Justice for Kalburgi:

From Kalburgi to Gauri Lankesh: Silencing Rational Voices in Karnataka:
Yes, M M Kalburgi, 77 years old, was shot dead in Dharwad on 30 August 2015. Kalburgi was “infamous” for his critical and rational views on Hindu-Lingayat-Veerashaiva belief and practices. His subjects of critique also included the gurus of the Veerashaiva mathas. He had accused them of being murderers of Basavanna. He was a rational and truthful researcher of the everyday life of the people of Karnataka. Hence, a critical voice was killed.

September 2015: Nationwide protests on the murder of writer and scholar M.M. Kalburgi:
The Indian Writers’ Forum unequivocally condemns the dastardly murder of Professor M. M. Kalburgi, eminent Kannada writer, scholar, academic and free thinker. We cannot but link this gruesome event to the earlier murders of the two rationalist activists, Govind Pansare and Narendra Dabholkar in Maharashtra as the three daylight murders have a common motive and follow a common pattern.

October 2015: World Writers Stand in Solidarity with Indian Writers and Artists:
Three public intellectuals have been murdered. PEN International mourns the passing of M. M. Kalburgi, Govind Pansare and Narendra Dabholkar, killed by unknown assailants. PEN International calls upon the Indian government to identify and arrest the perpetrators of these crimes.

Kalburgi was the recipient of one of India’s highest literary awards, the Sahitya Akademi Award, and yet, after his murder, the Akademi remains silent even as its members resign in protest, and several award-recipients return their awards.

Writers and activists demand fast track investigation into the murders of Dabholkar, Pansare, Kalburgi, and Lankesh:
Recently there has been continuous effort to destroy the long cherished pluralist heritage of India. Our country enjoys more than two thousand years heritage of rational schools of thought. But today, this rational mind is at the center of all attacks. The destroying forces are not only satisfied by twisting and suppressing historical facts, but are equally aggressive in growing an anti-scientific temperament and resorting to full-fledged violence in the society. They are openly assassinating prominent and critical thinkers like Dabholkar, Pansare, Kalburgi and Lankesh, continuing the tradition assassination, which started from Gandhi in independent India. It seems that these people are a part and parcel of those international terrorists who in Bangladesh have been slaughtering the free thinkers there.

Is the Shooter Who Killed Kalburgi Arrested Already?:
While interrogating Ganesh Miskin – a member of Hindu extremist group Sri Rama Sena, who was arrested in July on the suspicion of being the person who rode the motorcycle with Gauri Lankesh's assassin in the pillion – the Special investigation team has reportedly learnt that his recruiter, Amol Kale – the former convenor of Hindu Janajagruti Samiti (HJS) – is the killer of Kannada scholar and rationalist, M. M. Kalburgi.

“Answer Us, Uttara Kodi, Jawab Do” for Dabholkar, Pansare and Kalburgi

“Are the murderers of Kalburgi not being nabbed because they’re from the Sanatan Sanstha?”: Keki Daruwalla

Why are the Murderers of Dabholkar, Kalburgi and Pansare Still Absconding?

National Campaign against the delay in Dabholkar, Pansare and Kalburgi murder case

The Meaning of Being Prof. Kalburgi

‘Assassinations will not defeat reason’

“You can silence me, but you cannot silence the truth”

“Speed up the investigation into the killing of Professor Kalburgi…”

Open Letter to the British Prime Minister from PEN International

They Feared His Words: A Tribute to M. M. Kalburgi

“Our individual and collective voices are gathering cumulative strength…”

“Your moment of reckoning has come…”