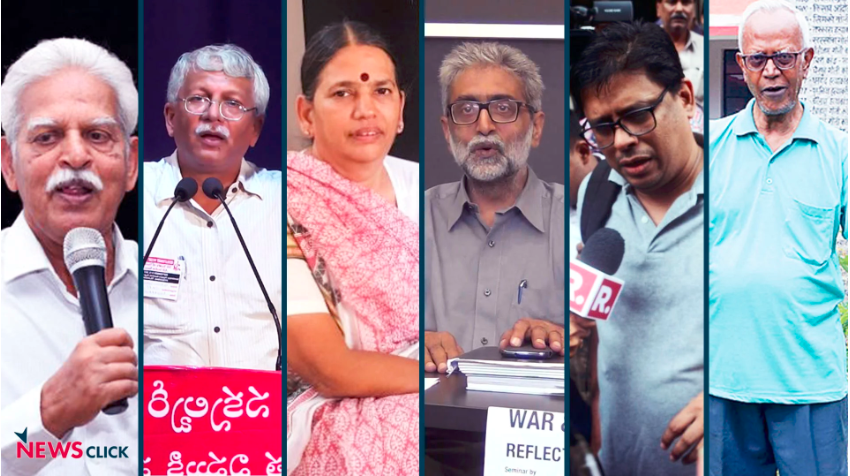 In a press note issued by Dakshinayan Abhiyan Goa, Dakshinayan Abhiyan Goa has denounced the recent raids and arrests of the Human rights activists that include reputed writers, lawyers and scholars working tirelessly to protect the interests of the marginalized communities. The press note issued by Dakshinayan Abhiyan states that “We also put across our concern and anguish over the raid on Prof. Anand Teltumbde in Goa, in his absentia, that has come as a shock to us as we know him as a scholar of impeccable integrity. All those arrested and raided are well known for their genuineness and compassionate struggle for justice. Though it is clearly a move to scuttle the voice of reason, the timing of this pan-Indian multi city crackdown gives rise to the suspicion that the intentions of both the state and centre is to divert the attention of the nation away from the growing demand to ban Sanatan Sanstha. This has come up at a time when the suspected killers of the leading rationalists have been booked by the SIT. The NDA-RSS combine now wants to curb the countrywide resentment against the Sanatans following the confiscation of crude bombs and arms in the raids on the members of the Hindutva outfit.” The members of Dakshinayan Abhiyan express their solidarity with the activists of democratic rights and downright condemn the attempt to silence the voice of sanity and reason says the press note.