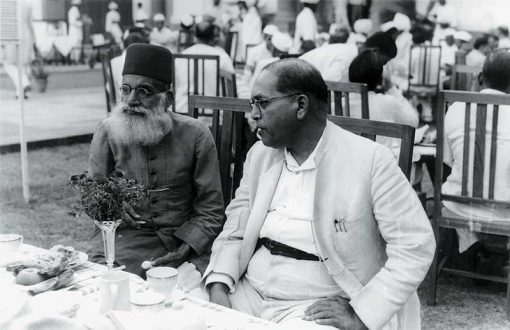 In these circumstances, no simple electoral majority can be trusted to represent all of the constituency. No elected party or individual can be trusted to represent all the constituent communities or be accepted by them as their true representative. This creates, according to Ambedkar, a “communal deadlock”, which cannot be solved either by majoritarian bullying of the minority communities or by the endless “appeasement” of those bullied. The deadlock can only be broken by adopting a new principle to supplement the rule of the electoral majority: the principle of justice.

According to the principle of justice, mere electoral majority shouldn’t determine participation in the political life of a society. So for instance, the government shouldn’t be only composed of members of the majority party in the legislature. In Ambedkar’s view, minorities should find a place of participation in government relative to their position in society. The principle is the following: the weaker the social position, the proportionately compensatory opportunity of political participation for the community and individual. This is the way to break the “communal deadlock” such that the majority community does not enjoy an absolute majority in the political process and the minority doesn’t have to tolerate either the bully’s harassment or the patron’s appeasement.

Ambedkar didn’t think the British had done enough in this direction and he didn’t trust the “Hindus in Congress” (Ambedkar’s phrase) to solve the communal deadlock. On the eve of independence, Ambedkar didn’t believe that the future constitution of a democracy could be merely a codification of institutions such as the institution of elections governed by the rule of majoritarian representation; it had to lay down emancipatory principles that would compensate for structural bottlenecks on realising fundamental principles of freedom and egalitarian fraternity. Otherwise, the formal distinction between political majority and communal majority would be perpetually falsified in the real situation of political power. Elections would be a kind of periodic ritual device to reinforce the majority communities’ rule over the minorities. This was Ambedkar’s diagnosis in 1945.

Let us agree that between then and 2014, till when Congress mostly ruled, the communal deadlock mostly carried on. To that extent, the “Indian conditions” formally retained the gap between a political majority and a communal majority. Elections were a complexly deceptive mask of the real conditions. In the short run, the political majority could be occasionally seen to depart from the communal one but in the long run, the “Hindus in Congress” still ruled. With BJP’s victory in 2014 and since then, the mask has substantially come apart and the situation has changed from that of a communal deadlock to one of a communal emergency.

By “communal emergency”, I mean a phenomenon that Ambedkar himself indicated when he said that the Hindus “insist” on an absolute majority: they will not accept a relative majority and they refuse to politically co-exist and co-work with the minorities. Since 2014, we have seen BJP, their party president, the prime minister, RSS personnel, media ideologues…, more and more insist. Insist that the 2014 election was not just any other election where at least a ritual distinction between the political and the communal majority was still made. This election was not simply a “result”: the 2014 verdict was, indeed, a decision, a command that the course of Indian history, once having changed, must never be reversed. And the essence of this change being claimed, even as I write, is that the 2014 Lok Sabha verdict is that one election by which all future elections must be measured. In this sense, we move from a democracy of elections, which itself was the degraded and – congressist – realisation on the ground of a constitutional democracy of principles, to a democracy of one election. This is clearly Amit Shah’s dream: to engineer, manage and fight the same election in every election where openly, proudly and immaculately the political majority is fused with the communal majority. The long history of congressist rule with its oscillation between harassment and appeasement, closes in on itself with a sudden flash – when we see the terrible miracle of the Party and Leader speak the Truth: “We area communal and an absolute majority – we insist”.

The insistence that 2014 was a miracle, everything is renewed since then and New India has no time to waste on thinking about democratic or constitutional principles is felt today as excruciating violence in a time of emergency by the minorities. For the minorities, everything is staked on thinking; only when the principle of justice is thought, the dalits, the Muslims, adivasis, and women begin to exist in the Ambedkarite sense – they begin to exist politically. Otherwise only the communal majority exists, absolutely, stupidly and without thought. Which is the miracle of New India as Brand free of the labour and disturbance of thinking, a brand that the miracle-makers advertise and insist on.

However, the violence of the miracle insisted upon 2014 onwards, reaches even deeper. If the minorities aren’t allowed a political existence, then their lives are reduced to their physical presence as “populations”. It is in this context that the situation of Muslims is particularly distressing. If BJP is, in essence, a Hindu majoritarian party which advertises itself as a “communal miracle” and it doesn’t have a congressist manipulative interest in Muslims, then what is its relationship with the Muslim “population”? It is, to begin with, negative and tautological. The BJP has nothing to do with or gain from the Muslims. No candidates and hardly any votes from that quarter…

But we soon see the apparent “non-relation” produce a series of imaginary monsters: The Muslim as essentially belonging to a vaguely and malevolently crafted “Muslim world” which includes India’s prime “enemy country”, the Muslim, as intrinsically, “backward” as if backwardness were not a matter of historical discrimination but of something like a social and religious gene… And this lurid Islamophobic figuration, this breathless denunciation, not only of those with Muslim names, but of the very name “Muslim” is particularly ironic when we recall that in 1945, when Ambedkar was putting the “communal deadlock” to the labour of thought and principles, he was doing it to offer the Indian Muslim a real alternative between a future democratic India and a future Pakistan whose schema was itself based on a communal majority. This he did while accepting the principle of self-determination on which the demand for Pakistan was based. Today when the ideologues of the nation are revolted and crazed by the sound of “self-determination”, they disdain to spend any effort on India’s self-determination as a popular democracy, which includes all the people.

However, just because BJP wants to impose an irreversible electoral miracle (2014) on India’s destiny and its president would like every election than to fall in line and emulate that one election, just because they “insist”, doesn’t mean things have to inevitably turn out that way. So BJP has lost several state and local polls as well as Lok Sabha by-election since 2014. However, the party still insists! Based on its doctrine of the 2014 “miracle” out of which the communal majority is reborn, or rather born for the first time, in principle, it considers any subsequent election defeat to be an error. Any election, in which the distinction between the political and the communal majority becomes visible again, is now an anachronism. So, by the logic of destiny, even when history rules otherwise, the party (BJP) is entitled to intervene and rectify the electoral error, however illegitimate the intervention might look (for instance, the cold-blooded use of Governors of states). It is a neo-fascist program of electoral eugenics, which, in the short run, doesn’t require the classic precondition of fascism and political emergency that is the suspension of the constitution. At the same time, this electoral eugenics is not interested so much in tampering with election results, as with ensuring that irrespective of these results, any fluid post-electoral scenario of multiple lobbies, parties, and groups vying for power can smoothly pass through a porous electoral verdict and be grafted on the fixed pre-electoral body of a communal majority. The stakes don’t ultimately lie in democratic legitimation through a tampered or a genuine election; they lie in exercising power, in as much as a certain sovereign and obscene glory attaches to this exercise.

However, to reach that ultimate glory, the logic of electoral representation must first be twisted in the following way: the people must be persuaded into submitting to the brute “fact” and the divine “principle” of the communal majority. If they are sure that it is not possible to “make, unmake and remake” a political majority anymore, only the communal majority exists, then elections become the site of a blackmail: if you don’t vote for the majoritarian party, you forsake the obscene taste of power and rather feel only its sovereign violence. On the other hand, if you do vote for it, you, by proxy, enjoy that very violence (as the lynch mobs do today). For the minority then the choice is either to hide or to politically resist in the face of communal terror – or to fall in love with the blackmailer (enjoin the RSS…). One can detect a tendency towards the Stockholm Syndrome in a lot of the love for BJP and Modi that is sweeping across the country these days.

This, in my view, is the fundamental nature of an ongoing project that is delusional, violent and, in the current phase, distressingly effective. However, all of this perverse success doesn’t allow any melancholic liberal consensus contra the jubilant communal one that political exclusion, cultural derision and physical terror directed against the minorities, particularly the Muslim, are the “new normal” of our national life. What can be melancholically – or jubilantly – accepted by the rest of us as “normal” can only be lived as a time of emergency by the minorities. However insistent, the new “Indian conditions”, are not, and must never be, normal.

Who is a Professor? The Criterion of Justice