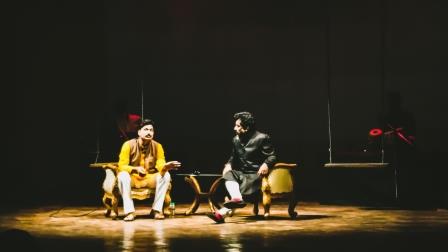 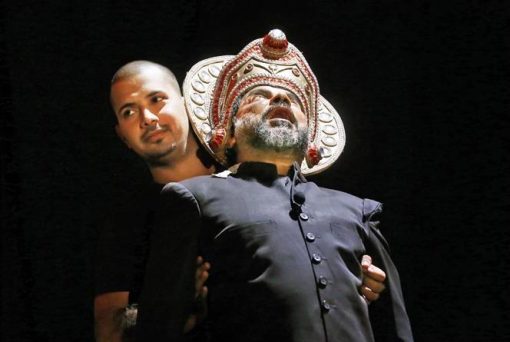 Husain received a joint Sangeet Natak Akademi Award for reviving the ancient Urdu storytelling tradition, Daastangoi. But, in October 2015, Husain, along with several other artists and writers, returned his Sahitya Akademi award in protest against the growing intolerance in the country under the current political regime.

The Humsub Drama Group, in collaboration with Ghalib Institute, had organised an Urdu Drama Festival from 6 to 10 July, 2018 in memory of Begum Abida Ahmed. She was the founding chairperson of the Humsab Drama Group, established in 1974 during a period of prolonged political turmoil in the country. As one of the speakers would later remark, one of the group’s most important tasks had been to counter the divisive ideologies of the time.  The festival was inaugurated with Danish Husain’s Hoshruba Repertory’s production, Qissa Urdu ki Aakhri Kitaab Ka.  The play is based on Ibne Insha's classic text Urdu Ki Aakhiri Kitaab. Insha (1927-78) is considered one of the best humourists in the history of Urdu literature and is also known for his poetry and travelogues. 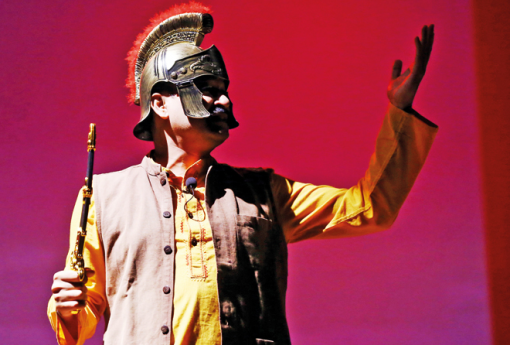 Even though the play dealt with a number of serious issues, the audience laughed its way through the play. “Satire is a great way to neutralise opposition. When you can’t stand up and say something against something around you, it’s a great tool to do it,” Husain had noted in the interview.

Husain has taken old Urdu texts and adapted them to suit the contemporary context before. Since Husain’s performances are mostly in Urdu, and the stories he uses are not necessarily widely known, he uses asides to make the scenes clear for the audience. “When I started using these asides, it wasn’t a very conscious choice, but after a while I realised that I can use it very effectively. Then I started making a conscious choice of using these asides, I would quietly slip in an aside to present a contemporary view to the audience. I also use it as a performance trope that helps connect the audience with the performance. In watching a performance based on an unknown story, the slipping in of contemporary instances helps the audience relate to the story; suddenly it becomes about their lives,” Husain had explained in the interview with ICF. Even during this play, Husain explained the meaning of many Urdu words.

Following the pattern of Ibne Insha’s book, each “chapter” in the play ended with some questions; each of them is an astute political comment or an oblique reference to our times. For instance, one of the questions after the chapter on Akbar was, "Agar Shehzada Salim Anarkali ko le kar 12 baje raat mein aapne darwaaze ki ghanti bajaaye to aap kya karenge, honour killing ya khap panchayat?"

The duo also touched upon the recent spate of attacks on writers and filmmakers by joking about the consequences that they might have to face for this play. “Hum koi political neta thodi na hain, jo kuch bhi kahenge aur kuch nahi hoga.” Khan joked, to which Husain replied “Haan. Hum to kalakaar hain, hum pe to khaas nazar hai” 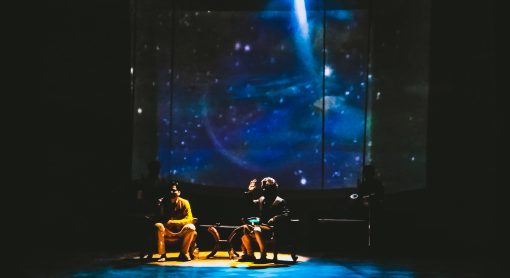 By the end of almost 100 minutes, the audience was absolutely absorbed in the play. Suddenly, someone from the audience yelled,

The performers on stage seemed to have been stunned into silence. Husain seemed to regain his composure first. “Kya masla hai?” he asked. This seemed to enrage the man more and he charged towards the stage saying, “Nahi mai aa ke bata dun kya masla hai? Neta hi bana deta hun mai aa ke ruk ja!” A few members of the audience also got up, trying to intervene. “Bohat double meaning baat karoge! Ye natak kisne likha hai?” the man asked as he reached the stage. By then, both Khan and Hussain were on their feet. The man had just leapt onto the stage when Khan and Hussain took to their heels. The musicians accompanying them looked confused, unsure whether to continue their performance of Insha’s poetry or wrap up the performance. After a few seconds of tense silence, they continued.

The audience finally realised that this too was part of the performance. It didn’t take long for this also to turn into a farce. The musicians’ performance was periodically interrupted by Hussain and Khan being chased across the length of the stage by the man and two of his two cronies The farce lends some humour to this turn of events while also revealing the absurdity of such events in real life; but the few brief minutes of horror at the beginning puncture the humour and serve to remind us that this isn’t simply a laughing matter; that the violence is also very much a part of our real life.

“This is probably the most important play in the entire festival”, said Syed Raza Haider, director of Ghalib Institute. The sharp comments on the politics of our times, contemporary references that made the play relatable, and the kind of issues that it addressed is what made the play politically relevant for our time.