To create and materialize experience in its most vulnerable, intangible form, so that it becomes an integral part of our being long after ‘the moment’ has passed, is the spell that an artist conjures. The artist does not cheat, distract, or delude, on the other hand, creates a pathway for humanity to feel within and beyond, all at the same time. When I use the word artist, it encompasses the entire creative sphere from the painter to the writer with the musician thrown somewhere in-between!

What is it that happens to us, the receivers of the experience? It is a most inexplicable happening, and when it occurs, it transcends our habituations, recollections, comforts, nostalgia, and knowing. We then come in contact with an inner core while not being personally invested in the occurrence. The absence of personal investment here refers to the dissolving of preferences that we have developed, and to the quality of being touched in a dispassionate manner. When this happens, we cry, laugh, share, smile, meditate, and reflect with a mind that is acutely awake and aware, sans judgment. A great artist draws us in and throws us into the abyss, forcing us to grapple with this possibility with such intensity that we are, at least momentarily, transformed. The moment of art is a sheer free fall with no parachute for rescue nor any ground below to drop on.

But any course of enquiry cannot and must not accept such an explanation without questioning how and what really lies behind its creation. This is not to rationalize what is essentially felt, rather an attempt to unravel the space that leads to this intense and revealing experience. What is it that the artist does that allows her to create pieces of art that unsettle and alter perception? Or is it all just an accident that everyone, including the artist, is stumbling upon? No one, in truth, really knows how we get there. This also leads to a larger question about all those who do not fall into the artist categorization. Are the rest lesser human beings? That to me is patronizing and false, since the experience of art is everyone’s to share. But in order to be the catalyst, there is something we can learn from art.

It is in this context that we should explore solitude and its relationship to a free mind that endeavours to create without inhibition. Every one of us seeks this, yet for most, it remains elusive or transitory. Solitude is understood as being with oneself, away from the hustle and bustle, an intentional seeking of uncluttered reflectiveness. But what are we erasing and what are we retaining when in solitude? This makes me wonder whether we need to reinvestigate the silence in solitude itself. There needs to be more happening in that silence than just a break from the multitude signals that life fires at us. Solitude is not about running away to a distant cabin, or locking oneself in a room, nor is it the feeling that ‘I am alone’. It is a specific quality of aloneness. The human being takes with him an attitude, an intent, a willed progression, into solitude. It is in the grains of that intent, that we can comprehend art.

The first step in the pathway of an artist’s aspiration is the learning and mastering of the tools and techniques. Here again being with oneself is vital. As a student I have often been told and I have myself advised my pupils to go into an independent huddle. A self-imposed solitary confinement with an unwavering practice routine that pushes you to the very edge of sanity. There are times when the music class itself turns into such an environment, singing the same line of music a hundred times over, an echo chamber for one musical phrase, pay- ing attention to every detail, until you lose consciousness of the line and it just becomes reflexive. In the process, for a period of time, everything blurs, fatigue tortures the mind, anger tears it, and frustration overwhelms the learner. Much like an athlete, the body and mind are put through a great deal of stress. At the very end, when the voice is exhausted and the mind non-existent, the line appears on the horizon chiselled to defining clarity. This form of practice distils music to a point where what remains is only the interaction between the abstract and the tactile—the note and the voice. An intensive immersion resulting in perfection of a very high order and that within its own self becomes a thing of beauty. This kind of practice moves a musician to the stratosphere of the art, an unimaginable level of proficiency, backed by a muddle-less thought process that is uniquely the musician’s own. 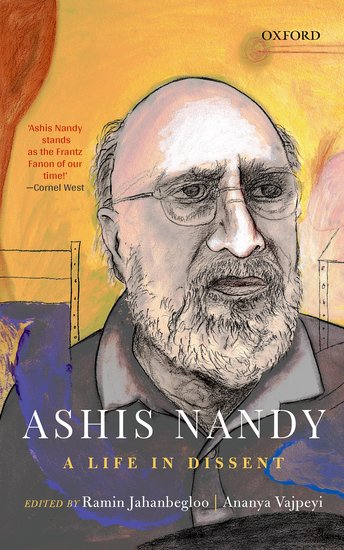 But let me place a spoke in the wheel. This form of technical clarity, this virtuosity of the mind and body, this entire scheme, is built upon something that is not exclusively yours, that has not been discovered by you in your ekantam, but has been given to you as a fundamental unquestionable framework—a law book that is already written and handed down by the guru as immutable, inviolable, and sacrosanct. While the abilities are honed, the mind sharpened and the creative process stimulated, all this remains un-free from the acceptance of an order, a marga, a sampradaya. Orthodoxy is at the very foundation of the art. It is the other being ever present, ever strongly present, in the very silence of your uniqueness.

It is imperative that we diﬀerentiate between the aesthetics of the art within which is built the intention, form, and creative spirit, and everything else around it that is mere padding. And yet all that is built around the art is unquestionably accepted as essential. This includes handed down access, purity of lineage, ownership, first rights, and sociocultural cushioning. All these seemingly exterior aspects of the music in actuality lie deep within every svara, raga, tala, and composi-tion. So that which is regarded as the most technical is held in the scaﬀolding of the ‘order’. It is with this understanding that we have to observe the subtle nature of artistic experience. It is not just artistic habituations; moral, religious, spiritual, and social conventions that are felt at every musical moment. It is near impossible to separate the two in the normal course of life. This is as true of art as it is of any life event. Many times, what keeps us in art is affliation and the convivial-ity of membership rights, not aesthetic effervescence.

In nature, the soul of every life form, its intent, structure, inter-actions, transformations, and role as a unique creation is internally designed. We would call this in artistic terms the aesthetics of nature. The design of each life form is internally in unison, expressing and sharing its purpose with the outer world, all the while receiving from nature itself. Similarly, every art form exists in its own design. Every cell in its body knows in some unfathomable way the cohesive larger objective. Art constantly changes, yet keeps intact the interior intent that defines its existence. Any change in that will completely alter the type of art quite permanently. But this has never stopped human beings from indulging in some curious manipulations. With our own personal, social, and political agendas, we construct around art’s soul,walled chambers that make it that much harder to discern its pulse. The art form is stuck in a no man’s land, unable to entirely alter its consciousness, at the same time losing its own essence. Soon these closed chambers become resonators of the art itself, and since they provide order and pleasure, the doors to the sanctum sanctorum are opened or closed by empowered ushers, the regulators of the art’s rites of passage. The periphery then becomes the art. These are the chambers of convention and orthodoxy. Do not get fooled by the word ‘orthodoxy’ and associate it only to traditional forms of art or thought. That very same tiresome habituation is a norm even in the ‘modern’. The artist, as a result, never really takes anything from his or her own life into the practice room and makes sure that the music itself never strays into uncharted fearless territories.

Therefore, the result of such hard work is that ‘artistry’ dazzles and thrills, but ‘art’ remains constricted. It stays aesthetically limited. It is also clothed in an illusion of freedom through mastery, all the while further entrenching itself in the past often clothed in ‘moder- nity’. The modern in Indian classical music, for example, would be seen as newer interpretations of an old raga or composition or the rendition of something that has never been heard before, all the while ticking the boxes to add up to an orthodox score, reiterating the insider’s superiority. Nevertheless, the form of obsessive practice is an important step because it brings the individual in contact with an experience that pushes you far beyond what you saw as possible and leads to the attainment of artistic perfection. But whether or not this enables creation of art, is an entirely diﬀerent question.

Before we move further, we must diﬀerentiate between two real experiences in art. One, the artist’s own exquisite artistic creations. Two, moments in art when the artist and audience find themselves in a state of wonderment. When we are in and emerge from being in art, words are inadequate to describe what was felt. In the case of art having delivered something enthralling, we always have a phrase or word to elucidate the experience. A very high level of expertise and musical span emerges from untiring ‘bulwark’ training, but the ‘gym slot’ occupied by the artist in order to achieve this is definitely not the solitude that I am seeking.