old post
An extract from Pieces of Earth: The Politics of Land Grabbing in Kashmir
July 11, 2018 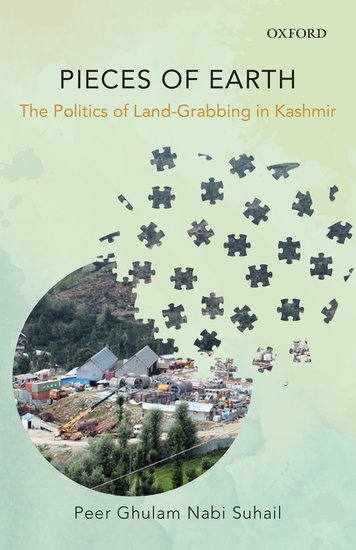 In India, the democratic setup paves the way for resisters to achieve their goals through peaceful protests (like in Singur, Narmada, and others) (Jones 2009). In Kashmir on the other hand, even the protests for water and electricity are seen as protests against the Indian state. Often mistaken for protests for independence of the state, these are thus dealt with an iron fist. The aggrieved protestors were from Uri—where NHPC runs two power projects. As part of negotiation to take their land for Uri HEPs, disposed peasants were promised round-the-clock free electricity after the HEP becomes operational. However, NHPC did not keep its promise. People would get less than eight hours of electricity in 24 hours. Therefore they resorted to protest against the corporation at the Uri receiving station. The security guards of the receiving station opened fire, thereby killing a youth from the area (Ishfaq-ul-Hassan 2012).

Within this background of absence of democratic space and execution of extrajudicial force by the state, to mussel the voices of those who fight for the rights, NHPC is seen an off shoot of the Indian State in Kashmir; therefore resistance against NHPC is equated to resisting the Indian state. And this, for the people of Badwan and Khopri, would yield no positive result; at least in the peasant’s perspective. This perception is more reinforced among village elders who feel helplessness in front of the corporation who—overtly or covertly— is supported by military and the state and hence expect and pray for external intervention to stop the work on KHEP. Subhan Mir, who I have spent time with, discussing local politics, NHPC work, land-grabs, and cross border infi ltration in his agricultural fi eld near the police station of Gurez, just one kilometre ahead of Daver market, explains this helplessness as, ‘you can’t fight the institutions—NHPC, state, and military—from whom you need a permission to breathe in this areas.’ Mir feels the corporation’s interest is ‘national’ development; they do not care what locals want:

I have spent 60 years of my life here. I do not want to move from here. They say the HEP is for the development of the country… so we have to sacrifice for the development of India. Who cares about what we want? We cannot fight against an Indian Corporation and the Indian government. They are powerful. I wish the people from the other side of the border [Pakistan] would attack this dam; otherwise, NHPC will not stop construction. (Author interview with a local peasant, Subhan Mir, June 2011. Emphasis in original conversation)

I finished discussion with Mir at around 4:30 p.m. and decided to return to my guesthouse in Daver before sunset—the time set by army for local people to return home. While walking back, I went to Daver market to buy some cookies and drinks, where I found two men in civvies following me. Initially I thought they were just going in the same direction where I was going. But they kept following me until I reached my guesthouse. In the evening, at the dinner table, I asked the gatekeeper of the guesthouse, if he has seen some people in civvies following me. He replied saying, ‘They have been keeping track of your every movement’. Upon asking who they are, he replied, ‘They are from IB [intelligence bureau]. They keep vigil on every outsider who comes here. You just noticed it. Others do not’.

Helplessness of people like Mir has to be seen within the conditions under which these people live, where people cannot even breathe without the military’s permission. Nonetheless, foyer politics, gossiping, and evening discussions in kitchens are what Scott (1985) described as ‘weapons of the weak’ here. However, a university student of Gurez, who I met in his home in Badwan, sees the issue at macro-level and argues that land-grabs in Badwan and Khopri cannot win unless Kashmir dispute is resolved. He feels they are very much a part of this Kashmiri struggle and the corporation also treats them like Kashmiri militants or sympathizers of the movement; therefore, they more hostile attitude towards people in Gurez, as their voices are not heard outside:

Unless Kashmir dispute is not solved, we will face economic, social and political problems here. India wants to exploit our natural resources through NHPC. Its sole purpose is to control our land and resources through force. What British did to India during colonization period, India is doing to us. [He sobs!] (Author interview with a Kashmir University student from Gurez, June 2013)

Examining why peasants could not succeed in stopping land acquisition, it comes out that (a) the absentee land lords gave up their lands first, which made it easy for the State to muscle the poor, (b) the existence of doctrine of eminent domain, whereby under the Land Acquisition Act 1984, the State can forcibly take any land for ‘public purpose’, (c) the absence of a democratic space in the state, where every protest is seen as a protest against India, therefore dealt harshly with by police and military forces, and (d) lastly the resistance offered by the peasants went unrecognized and unreported due to the landlocked nature of the area, which remains, most of the times, out of the purview of media and researchers, who can report the cases of abuse. Besides the obnoxious land acquisition Act, the absence of democratic space and the failure on the part of peasants to mobilize and galvanize the outside public, political, and media support (some of the key elements argued by Borras and Franco (2013) as a recipe for succeeding in political struggles) led peasants to believe in the futility of resistance. As the peasants lose the battle of land-grabbing, they turned to be what Popkin (1979: 18) described as primarily self-interested political actors, who make rational choices to advance their individual interests, therefore, in the absence of any alternative, they started battling for enough compensation; though not just for economic wellbeing as Popkin argues.