About 1,500 protesters hugged the trees in Sarojini Nagar, launching their own “Chipko Movement”, a forest conservation movement where people embraced trees to prevent them from being cut in Uttarakhand in the 1970s. They also tied green ribbons, which symbolize “Rakhi”, thereby promising to protect the trees.

In Sarojini Nagar alone, almost 11,000 trees are set to be felled, while Netaji Nagar will see around 3,000 trees being cut. Other areas affected include Nauroji Nagar, Mohammadpur, Kasturba Nagar, Sriniwaspuri and Thyagaraj Nagar where trees will be cut to make government complexes. The projects are being carried out by the National Building Construction Corporation (NBCC). 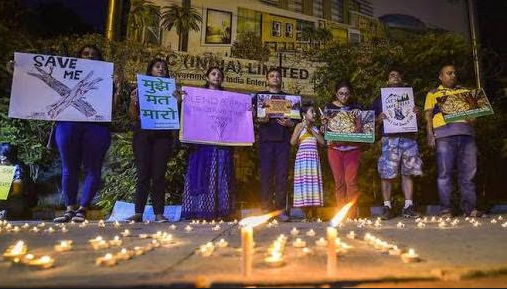 NBCC promised 1:10 compensatory plantation of trees will be done that will actually increase the green cover but according to the CAG report only 1354 trees were planted in the place of 8165, which is only 16% of the commitment by NBCC.

#BJPAAPChokeDelhi is now the new hashtag being used to express opposition, and has become viral within hours. Congress President Rahul Gandhi has taken the lead. 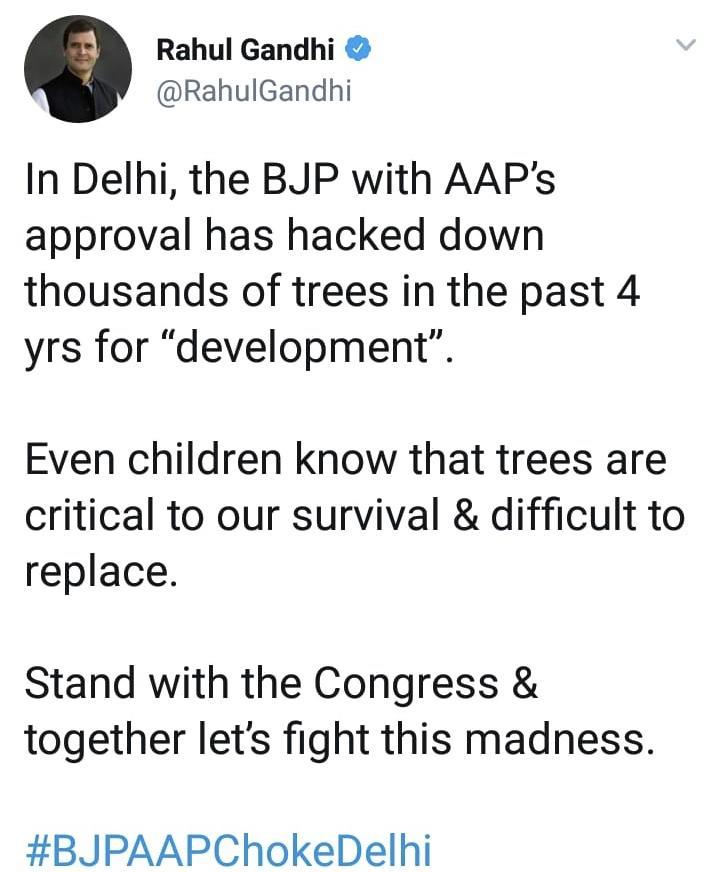 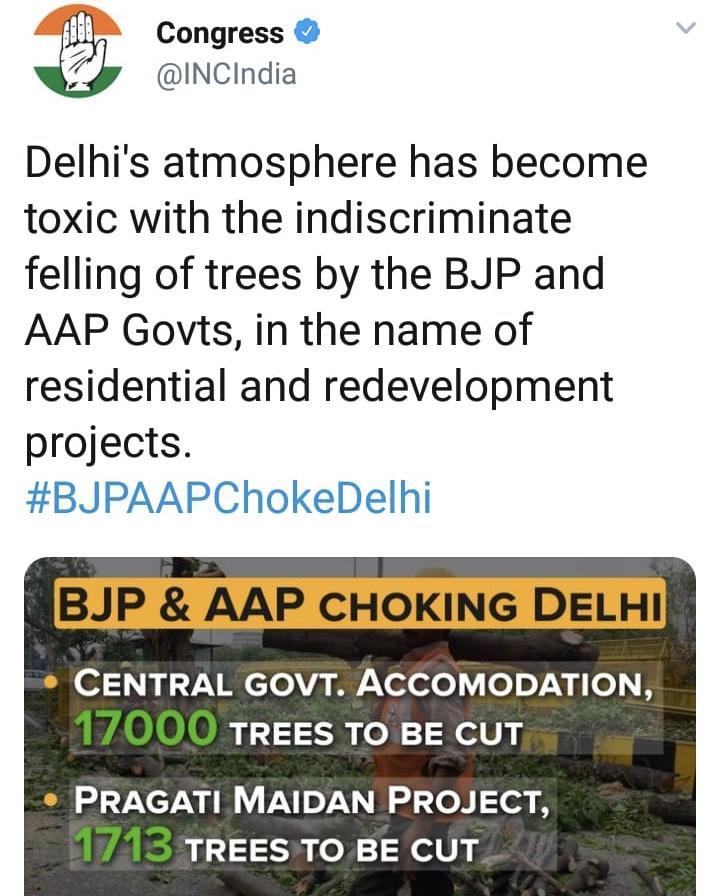 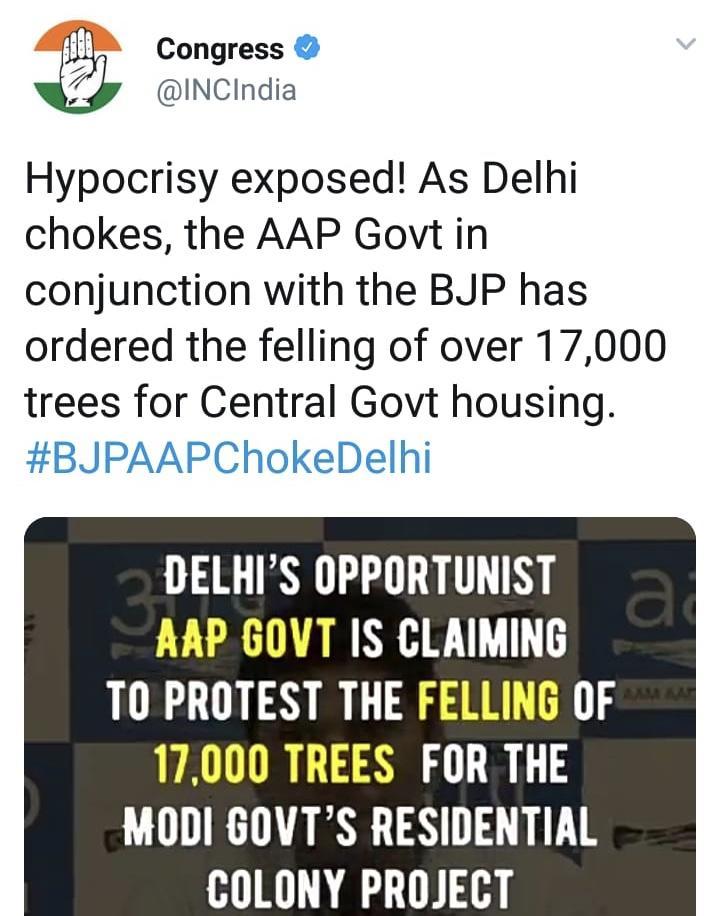 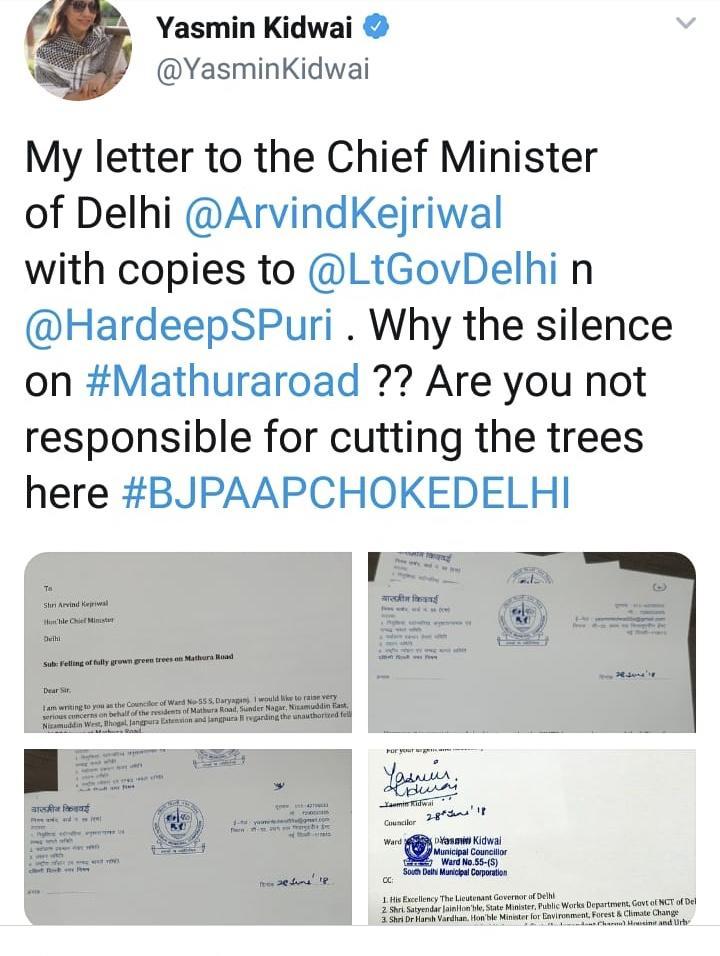 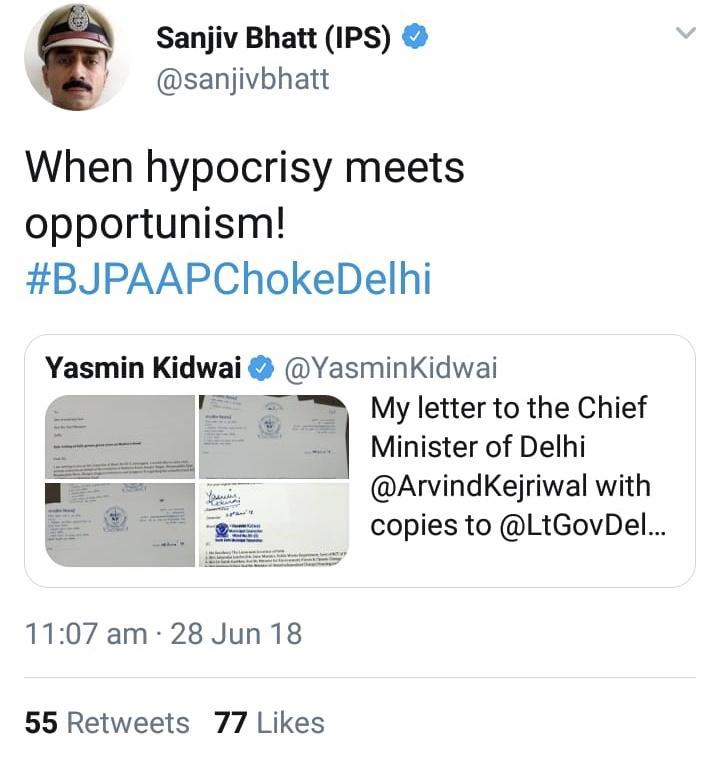 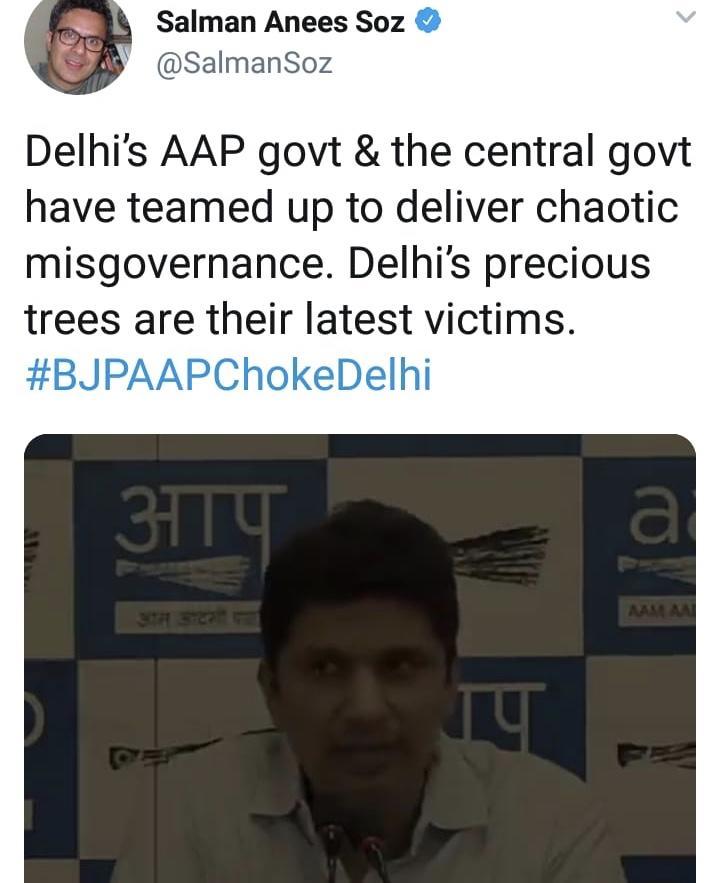 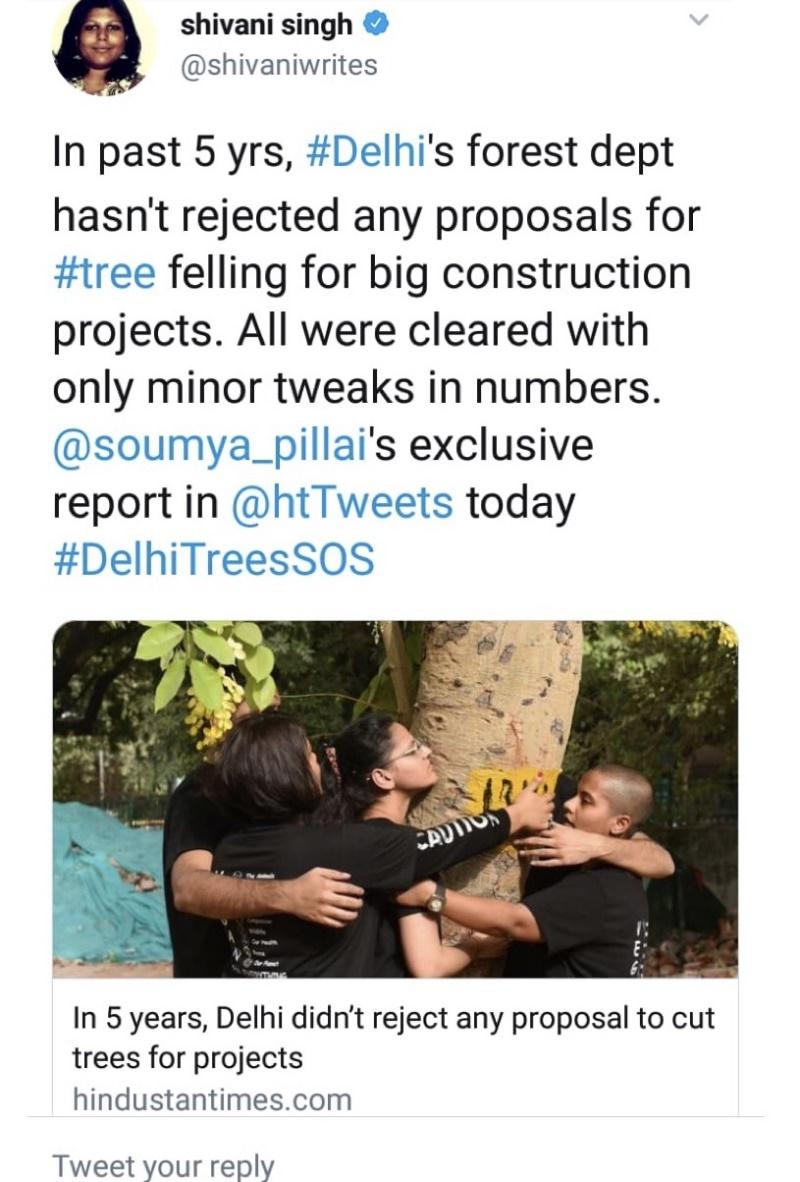 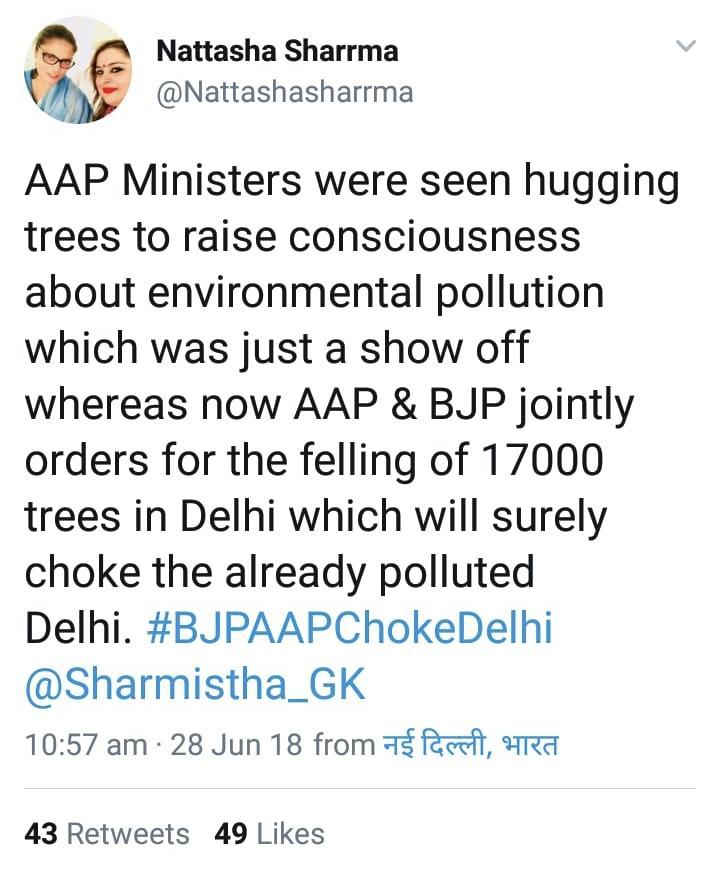 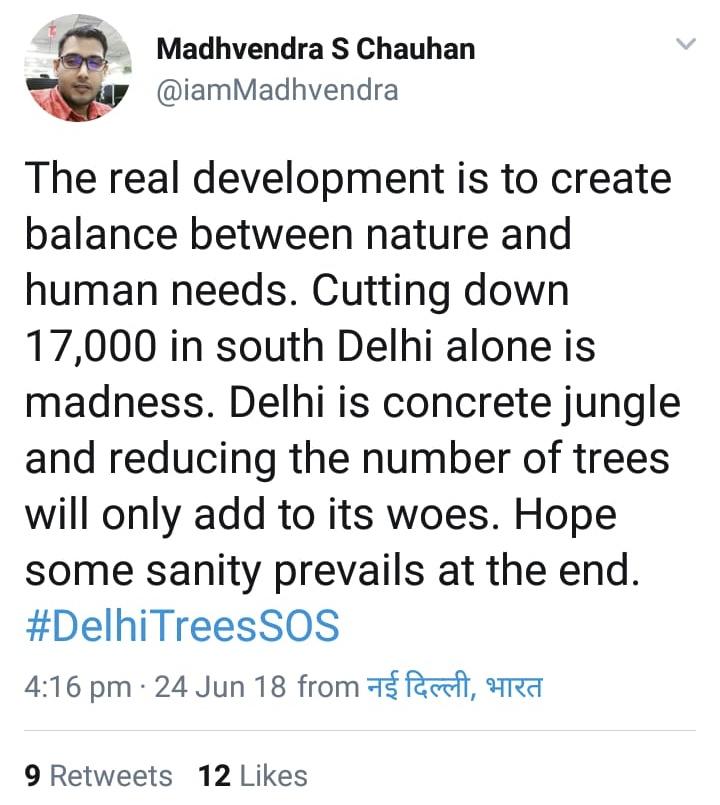 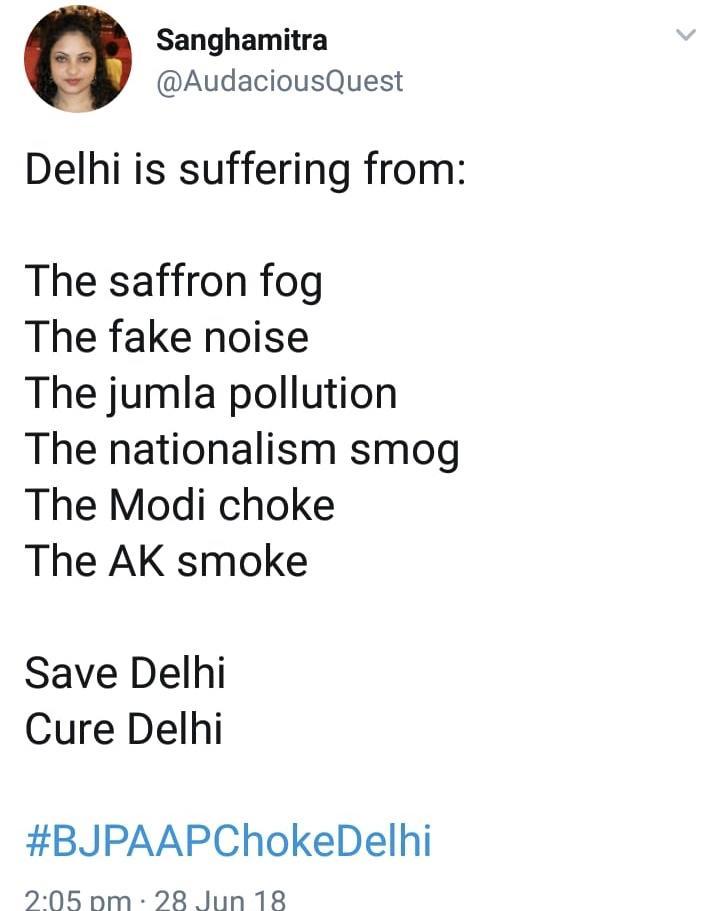 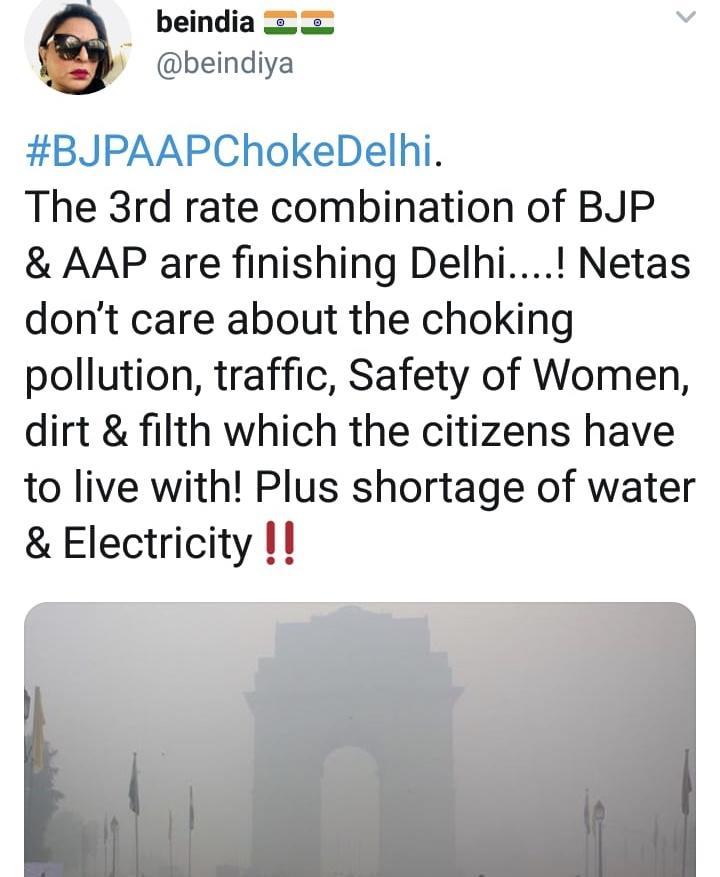 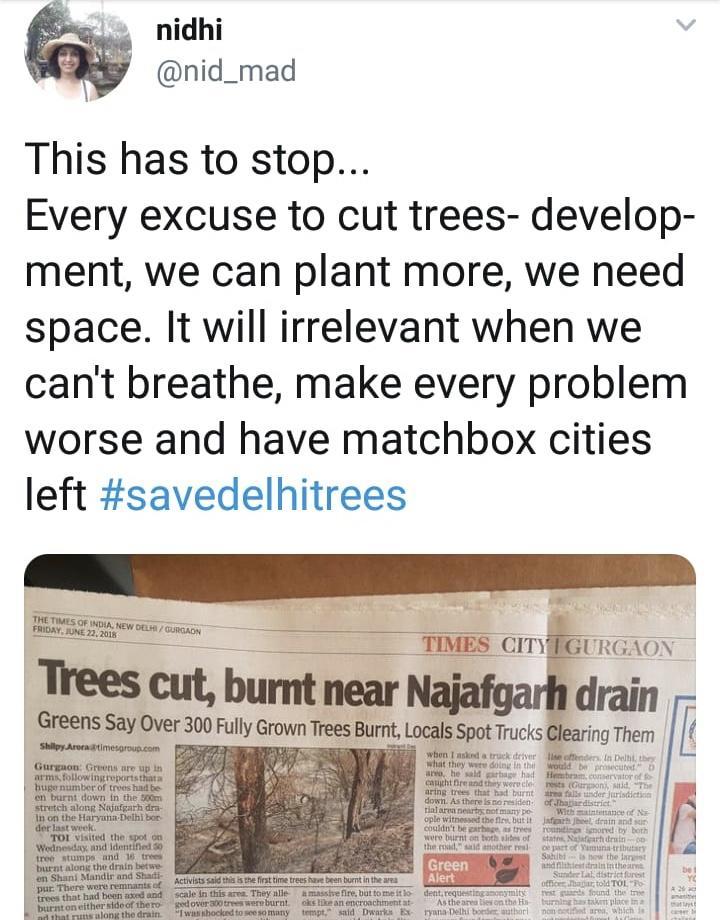 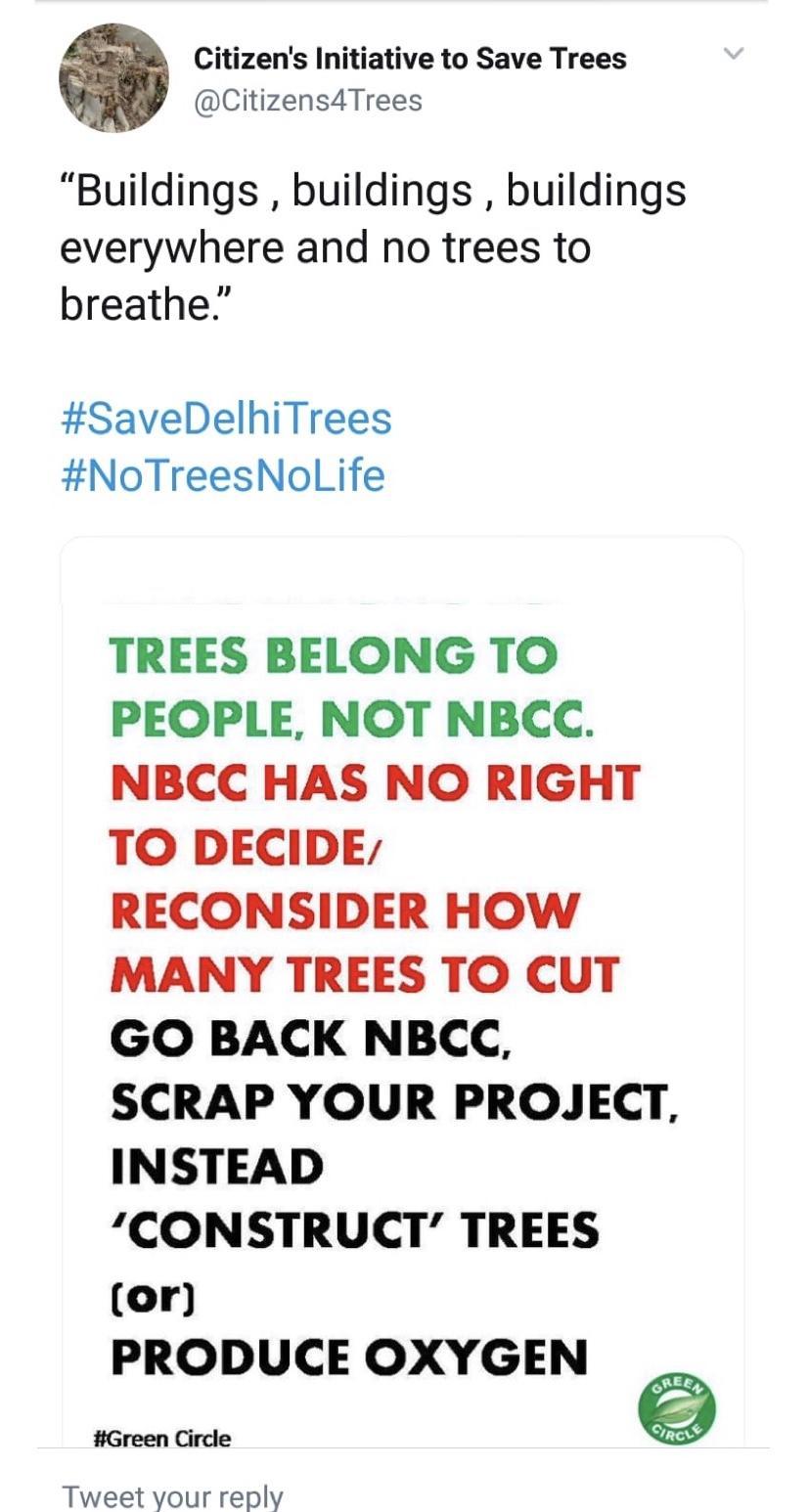 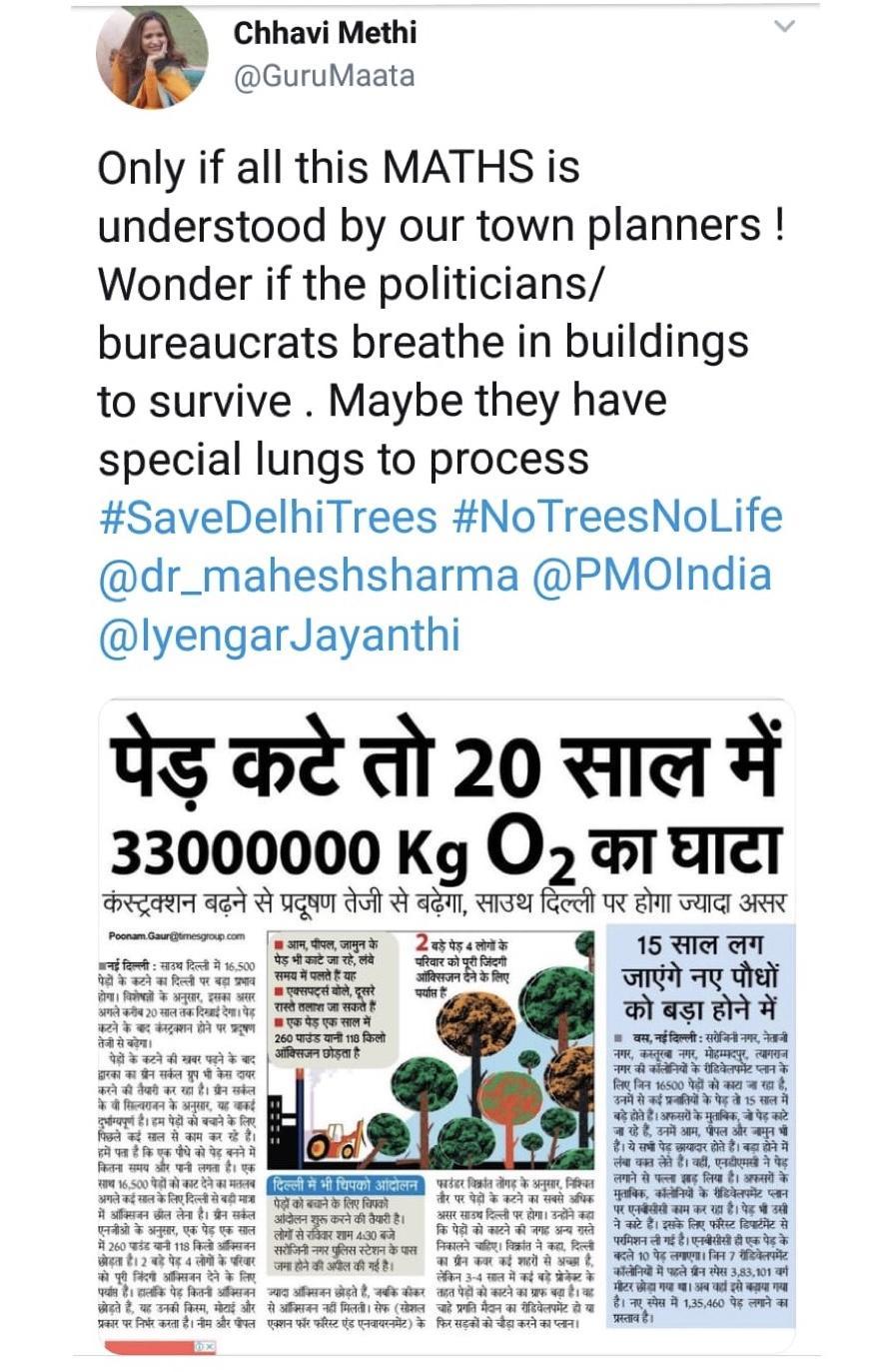