This year, on the 43rd anniversary of the Emergency declared by Prime Minister Indira Gandhi, we bring you an extract from The Hoodlum Years, a book containing a selection of essays that Ashok Mitra wrote at the time for Economic and Political Weekly. 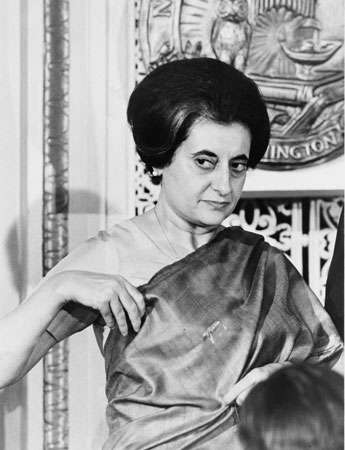 Electra becomes a mourning. Ingenuity, beyond a point, ceases to be so, and shades off into its obverse. Last year, there was no lingering threat of external aggression, but the Emergency was an economic one: such an animal is not defined in the Constitution; so what, it is the prerogative of a Prime Minister with a thundering majority in Parliament to improvise. This year, Indira Gandhi has been discovering India, to be more precise, the country’s geography: the Emergency has to continue because, barring Madhya Pradesh, each of the other states either borders a foreign land or the sea, and you never know from which direction the threat to the nation’s security is going to come, or when. Since, ipso facto, it is difficult to change a country’s geography, the Emergency, in terms of the argument implicit in the Prime Minister’s latest speeches, has to continue for ever. Perhaps it is easier—or is it? –to change a country’s Prime Minister. That however is different matter altogether.

She is no longer believable. There is nothing any more to distinguish her from a pettifogging a country lawyer, whose stock-in-trade is a repertory of absurdities. This diminishes each of us, for there is a certain loss of pride in owning the fact that your Prime Minister is dissembling. Clearly, by now the Emergency is to her much more than an incidental clutch, it is the major instrument for survival. She intends to use an extraordinary provision of the Constitution to subvert and suppress the Constitution, either for ever, or till as long as she does not feel secure, whichever turns out to be a lengthier period. The feeling of personal security or insecurity is a matter of the psyche. No physician or economist or political scientist or astrologer is in a position to prognosticate when Madam Prime Minister will begin to feel secure once more. The Emergency will have to continue.

Things thus have fallen into their proper place. Article 352 has to be specially interpreted. The Emergency that exists is not one whereby the security of India or any part of the territory thereof is threatened. It is only the security of the Prime Minister and her entourage that is threatened. The subjectivism involved has three layers. The Emergency is subjective, in the sense that it is personal. It is also subjective in a second sense, namely, the security of the Prime Minister is being subjectively interpreted as being coterminous with her survival in office: the threat is not to her physical security, but to her survival in power. Finally whether this survival is threatened is also being subjectively determined, by the Prime Minister herself and her entourage. Of course, the Constitution says that the President must be ‘satisfied’ that a grave emergency exists before he acquiesces in the declaration—or continuation—of an Emergency. In this instance, a gentleman named Fakhruddin Ali Ahmed could quite honestly believe that there is a genuine threat to the Prime Minister’s survival as Prime Minister. All that is therefore additionally needed is to persuade him that this threat is akin to a national emergency, that there could be no greater peril to this nation than not to have a particular individual as Prime Minister. The content of a President’s ‘satisfaction’ is not justiciable, it would not be justiciable even if there were no Emergency. 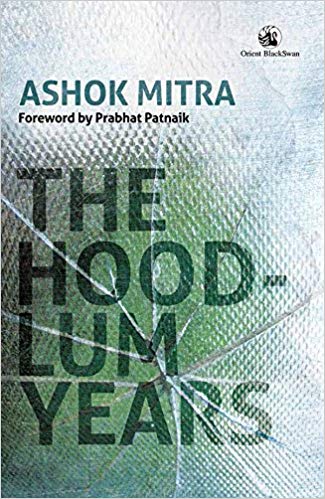 And yet, what is the Prime Minister afraid of? She has a docile majority in Parliament, she can get any piece of legislation passed, or any piece of executive action approved, as swiftly as she wants; the bill on the incorporation of Sikkim has proved that conclusively. The country’s preparation for defence will not be affected either, nor the wings of Research and Analysis Wing clipped in any manner. All that will change is that for 50,000 people or thereabouts, the rule of law will come alive. Is the rule of law such an irritant that a parliamentary system cannot survive without its indefinite suspension? What is so special about India that her parliamentary democracy cannot survive the rule of law?

Or could it be that it is all a matter of feeling and emotion? If the Prime Minister is seeing a conspiracy in every bush, none can stop her from doing so. Till as long as a President is in position who is ‘satisfied’ that what the Prime Minister prefers to call an emergency is an emergency, it will continue to be declared as such: the citizenry has to accept built-in arbitrariness. But why then beat about the bush, why make heavy weather with the country’s innocuous geography? Will it not be more seemly if plain and direct words were used, and the nation is told that the Emergency is necessary because without it the Prime Minister feels seriously handicapped in maintaining the rhythm of her highly personalised administration? The country consists of a whole lot of naked, unadorned people. They may prefer naked, unadorned words. They may not like the import of the words, they may not embrace the Emergency, but thy will at least be saved the insult to their intelligence.  Contrary to what the Prime Minister might have been advised, hardy anybody is taken in by her thesis that India is geographically incapable of sustaining the rule of law. The conclusion is thus drawn that the noble lady is dissembling. This diminishes everybody, for when the Prime Minister of a great nation goes down in esteem, several lights go out, and a sadness attaches to the stars.

This sadness has other facets. The Emergency is an enormously potent tool. The liquidation of democratic rights is an enormously high price the people are called upon to pay. One may not be happy to pay this price, one may still try to appreciate the rationality behind it in case one were told of the tradeoffs that are being contemplated. What great cause is Madam Prime Minister intending to serve through the Emergency? Forcing the economy to a significantly faster trajectory of growth? Overhauling, at one stroke, the underlying social relations of production? Getting rid of the obscurantist forces holding back the nation’s social progress? Implementing a giant, vast programme of mass literacy? Mobilising millions and millions of labour for an array of major nation-building projects? Tapping the resources lying with the idle and devious rich in the urban areas as well as in the countryside? Ramming through a series of drastic monetary reforms so that the source of inflation is overpowered right at its source? None at all. Her Emergency is incapable of even keeping in prison a handful of known smugglers and anti-social elements. It has but one obsession. Its wrath is vented on a single set of victims, namely, the Prime Minister’s political opponents, and, more particularly, those amongst them who have a passion for thorough-going social transformation.

Calcutta’s sky is narrowing with every day. As one strains to look out from here, the Emergency appears to have a one-dimensional entity. It is through the powers conferred upon the authorities by the Emergency that the latter have been licensed to kill, maim, torture, lock up thousands of young ideologues, perhaps the richest crop the Bengali community has produced in  a generation. You and I would have often sharply disagreed with their views, their process of thought would cut diametrically across yours and mine. Still, they belonged to us; their courage and sense of imagination were, one dares to say, among this nation’s richest heritage. They could have constituted the capital stock on which could develop magnificent skills, magnificent technology, magnificent literature, a magnificent society. But the Prime Minister chose. Under the cloak of Emergency, she worked out an arrangement; the idealists were liquidated or delivered to prison. The franchise to rule was awarded to a bunch of hoodlums. In a sense, she is right. It is an emergency, a threat exists to the nation’s security: she is the threat. Whoever diminishes the nation affects it security; she has diminished, and is diminishing, the nation.

The Prime Minister wants us to worry about the country’s geography, but there are more things to a nation than an abstract geography. In the name of the Emergency, she is lacerating its soul. She and her entourage are much too close to the act, and involved in it much too intimately. If they ever had the opportunity to ponder in tranquillity the consequences of what they have wrought, perhaps there would be some expression of sorrow, if not of repentance. One says perhaps, for honestly, one does not know. It is an uncertain sky which is offering us shelter, and the stars keep going out. I dissemble, you dissemble, the Prime Minister dissembles: with each hour, there us an obfuscation of co-ordinates, and the sky shrinks, further and further.