This is the first part of a two part essay on an eyewitness account of visiting Palestine. We have changed the name of the author to protect her identity.

After I land in Tel Aviv, things start moving really quickly. The anxiety at passport control is quickly replaced by an odd sadness. Under a clear night sky, I am crossing open fields from where Palestinian families were expelled seventy years ago and they have never stepped there again. Even before I can make sense of this, I have crossed Jerusalem and staring at the huge, morbid apartheid wall as I reach the Qalandiya checkpoint. The Palestinian family I am to stay with lives minutes away from the checkpoint. My hosts were kind enough to accompany me in my travels.

On the road in West Bank

We venture out of the bustle of Ramallah and, much too quickly, we are looking at the expanding illegal Jewish-only settlements that mark the areas between the cities. In 1993, Israel and the Palestine Liberation Organisation signed the Oslo Agreement under the watch of the United States. While initially meant as a peace agreement, over the years, the terms of the agreement have allowed Israel to continue and exacerbate its illegal occupation of Palestinian territories. As part of these agreements, the occupied-Palestinian territories were divided into three administrative divisions: Area A (18% of West Bank) which is under the civil and security authority of Palestinian Authority (PA). This mainly comprises of the major cities and a few other towns and villages, all separated by checkpoints. Area B (22% of West Bank) is under PA’s civil and Israel’s security control. This includes villages, farmlands and some illegal settlements. Area C, the remaining area, also the largest part of West Bank, is under complete Israeli control. These are the areas where most of the Palestinian farmlands and natural resources are, and also where most of the illegal settlements exist and are expanding. 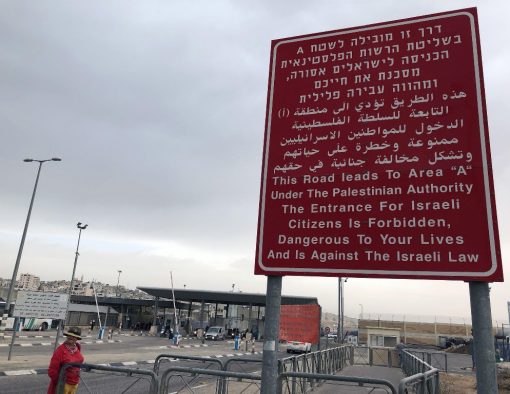 If you’re not in a Palestinian city, you are surrounded and overwhelmed by these illegal settlements.  Soon, as you move outside any of the major cities, you can see separate roads that lead to these illegal settlements. They are invariably on hill tops for the purpose of surveillance. They are also invariably with red roofs. To understand this in a wider sense, it is a war crime to change the demography and architecture of illegally occupied regions. Israel is way ahead in systematically executing this illegality by constructing more and more illegal settlements, where Jewish-Israelis are given incentives for residing. These continue to expand as settlers and Israeli forces expel Palestinians from their homes, demolish their houses, and destroy their farms. And then there is the illegal Wall which runs through the West Bank, much further than Israel’s borders as demarcated after the 1967 war. Israel does not provide any maps of its borders and neither of the walls, so it can continue this criminal expansion and ethnic cleansing of Palestinians. The aim, it seems, is to create Bantustans (or partially self-governing areas) within West Bank, like the Black-only ghettos that existed in apartheid South Africa.

West Bank is really small when compared to the distances between Indian cities. So you find yourself crossing settlements, the apartheid wall, villages, and refugee camps in a matter of hours. Of course, those hours could seem endless if an Israeli soldier happens to feel like messing with you. Almost everyone who goes to occupied Palestine has a story about taxi drivers. This is also borne out of necessity. Qalandiya check point on a Friday evening could be hours of waiting. Often, there are no signs that tell you which road you can take as a Palestinian (yes, this is what apartheid looks like), but each driver knows exactly which turn to take, or which short cut could help escape a long wait. Israeli soldiers could also, on a whim, come up with a new rule at any given second; this, too, is circulated within the community of Palestinian drivers. 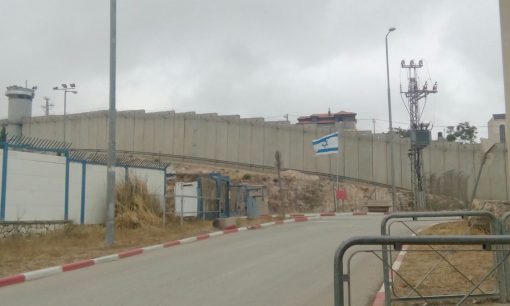 Qalandiya checkpoint and the apartheid wall

The short distances between places also meant that we went from one of West Bank’s big cities to refugee camps, to villages surrounded by Israel’s occupying forces’ outposts, and back to Ramallah, in a single day. If these schizophrenic differences in terms of the impact of the occupation weren’t enough, our journeys were all across hilly landscapes (and all ten sunsets spent seeing the last lights spill over these hills) in a place where every inch of land had a story.

Closer to the Dead Sea is the city of Jericho, over 10000 years old and one of the world’s oldest continuously inhabited human settlements. While on our way there, one of my companions remarked how fighting for one’s homeland is always a noble duty, but it becomes more so when that home is this beautiful.

The sharp contrasts in the way occupation and apartheid play out in each of these places is only compounded by the melancholic beauty of the rolling hills, and the layers of history they hold underneath. This becomes further condensed and intense in Jerusalem.

Where the Line is Drawn: Crossing Boundaries in Occupied Palestine

A Possible Peace: Imagining Palestinians and Israelis Living Together

Palestine Will Not Leave You: A Journey with the Freedom Theatre