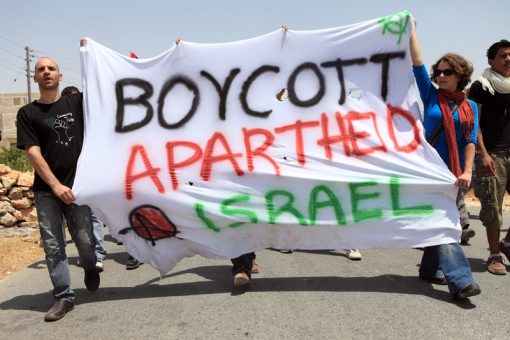 In May 14, Israeli soldiers massacred as many as 61 Palestinians who were protesting the shifting of the US embassy from Tel Aviv to Jerusalem. More than 3,000 were injured on the same day. This was the latest use of brutal force by Israeli soldiers, which has peaked since the beginning of the Great Return March. However, despite the deaths and the injuries, the response of the international community has been muted. Most countries have issued statements that paint a picture of equivalence between the Israelis and Palestinians.

International human rights organizations such as the Red Cross, Amnesty International, The UN Human Rights Council and others have taken a much stronger position against Israel. There have also been grassroots organisations in Israel, which while few in number, have vociferously condemned Israeli war crimes. These organisations face a lot of hatred, persecution and state interference owing to the work they do.

Among the organisations are Betselem, which documents and highlights Israeli crimes in the occupied Palestinian territories. Another group, Breaking the Silence, comprises ex-IDF soldiers. The members of the organisation talk about their experiences while serving in the army and their aim is to make fellow citizens aware of the terrible human rights conditions endured by Palestinians.

BOYCOTT! Supporting the Palestinian BDS Call from Within, also known as Boycott from Within, comprises Jewish and Palestinian Israelis who support the Boycott, Divestment, and Sanctions (BDS) movement. Boycott from Within advocates an academic and cultural boycott of Israel until it ends its occupation of the occupied Palestinian territories, starts abiding by International and Human Rights law, and stops denying Palestinians basic human and civil rights in full, equal terms.

Ofer Neiman is one of the leaders of Boycott from Within. The Dawn News spoke to Neiman about the recent massacre in Gaza, his organisation’s response, and its plan of action for the future.

-Could you tell us a bit about Boycott from Within’s campaign in the immediate aftermath of the massacre in Gaza on May 14 ?

I think that for us, the occupation and apartheid here are a constant emergency. During a massacre, we do more of our regular work, especially appealing to international artists and public figures to take a stand and boycott Israel.

-What has been the response of the public to the recent massacre? Have there been any signs of a shift in opinion about the violence inflicted on Palestinians?

The majority of the Israeli public seems to justify the country’s actions in Gaza. A few centrist politicians have implied, very timidly, that excessive force is being used.  The so-called minority “peace camp” has come out against it. To give you some perspective, note the huge turnout in Tel Aviv to celebrate Israel’s win at the Eurovision Song contest on the day of the massacre.

At the same time, I’m sure the ongoing massacre has made many Israelis think. While they may still justify the current policy, they probably sense that something about it is untenable.

-What are the challenges you face in advocating the rights of Palestinians? Are there any opportunities for breakthroughs?

The challenge is mostly similar to that faced by other BDS groups – confronting powerful politicians and interest groups who support the status quo.

For some Israeli citizens who support BDS, there’s also a certain threat from society here, if they have a high profile. This may include incitement against them and attempts to have them fired.

There’s also the challenge of getting more Israelis to support at least some of the BDS demands and campaigns (“selective BDS”).
On the other hand, it is likely that some people will listen to an Israeli voice for BDS more than they would pay heed to other voices. We witness the reality of apartheid and occupation and we have credibility when we speak about it.

-How much support has your organisation been able to garner inside Israel? What has been the response of you fellow citizens?

We post in Hebrew on social media and try to reach out to the public, at least to Israelis who are critical of the 1967 occupation. Obviously, there are a lot of hateful messages, but there’s a certain part of Israeli society which understands nothing will change without international pressure.

-How strong and successful have the BDS and Boycott from Within movements been inside Israel until now ?

It’s a small minority campaign in Israel. But more people here seem to understand the so-called “peace process” has failed and died. This gives us an opportunity to change the conversation and promote the BDS discourse.