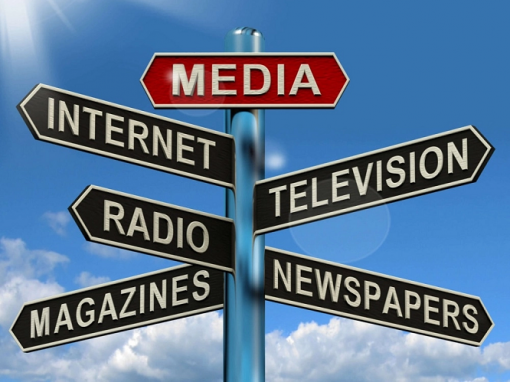 The sense of unease is only deepening. Truth had become a casualty long ago but the spin gets more and more innovative. Those who do wrong, turn it around and claim they are right and since long, murder and violence have a strong justification. Remember every action has a reaction? While much of the media can be classified as invertebrate, the few voices stand out, the few that have not been silenced that is. Every effort is made to curb freedom of expression though legal and illegal means through absurd proposals to regulate the media, threats, violence and finally death. And in the first few months of 2018, there was disturbing news on World Press Freedom Day, according to a report by The Hoot:

“Media freedom continued to deteriorate in the first four months of 2018 in India. The January‐April period has seen three killings and 13 attacks on journalists, defamation cases that came to trial, a sedition case against a journalist and a clear push by both state and central government and the judiciary, through regulatory policy as well as judicial orders, to curb free speech. There were also around 50 instances of censorship, and more than 20 instances of suspension of Internet services, as well as the take down of online content. In at least six cases, the attackers were the police and right-wing organisations.”

The Hoot’s 2017 report had documented three killings for the whole year, a part of the total 46 attacks. This year witnessed an attack on Patricia Mukhim, Shillong Times editor, and among other incidents, a young journalist covering a protest was molested by the Delhi police. The current government is not an innocent bystander in the sustained campaign to curb the media or denigrate the press by calling them names, attacking their political beliefs and targeting some journalists, and has ensured that the impunity for attacks on the media or anyone else, continues to be upheld.

In fact, it is the attackers or the violators who enjoy freedom, while those who stick their necks out are hounded.  The image of Gauri Lankesh murdered in her verandah continues to haunt us, and justice seems a long way off.  As journalist and activist Teesta Setalvad indicates in her eloquent book Foot Soldier of the Constitution- A Memoir(2017), it is the human rights defenders and activists who have borne the brunt of fighting for justice, especially after the Gujarat riots. Setalvad and her group followed up 68 cases right up to the Supreme Court, ensured the transfer of two important cases to Mumbai, but today, she faces a barrage of cases, accusations and harassment.

We have a long history of impunity and anyone disturbing that applecart is not kosher. Even though trial courts have convicted some perpetrators of the Gujarat riots, they have managed to go scot-free later. There have been convictions in Gujarat, but very little of this would have come about without the scrutiny and intervention of activists like Setalvad, Rohit Prajapati, the National Human Rights Commission and others, and  most importantly the monitoring by the Supreme Court. And Setalvad, at least, is paying a heavy price, though she remains unfazed by the hatred and harassment, and is determined to fight back.

Lankesh was bold enough to call a spade a spade and didn’t mince her words on the ruling powers.  She fought for the truth and spoke her mind and it was cowardly to silence her in this manner. The authorities display a certain smugness in not getting to the truth or trying to find her killers even though one arrest was made, six months after her murder. He is suspected of taking the culprits to her house and arranging training for them.  Little else has happened after that. It is easy to dismiss these people as part of a fringe, but as Gauri once wrote, they are certainly not that at all. There is mostly silence over any move to find her murderers even after nabbing a suspect who seems to be in the know of things.

Her death cast a fearful shadow over free speech, press freedom and over the Indian media, already in the grip of a chilling effect. Only in the murder of journalist J Dey has a significant conviction been made and that too after a woman journalist was falsely charged and jailed, though later acquitted.  The Tribune journalist who exposed the cracks in the Adhaar database had a case filed against her, and the charge of sedition is freely used to intimidate the press and activists.

RTI campaigner Aruna Roy once said there is a thin line between journalism and activism and that line is now frayed almost. The long fight for justice for victims of violence continues and murderers enjoy freedom while survivors have cases slapped against them – as in the case of the Pehlu Khan lynching in Rajasthan. Zakia Jafri continues her fight for justice in Gujarat, and it is symbolic and brave at once. The memorial to the victims of Gulberg Society serves as a reminder to the country of the apathy of the police, the vicious polarisation of our society, which can commit such an outrage and escape punishment and of a handful of people who are striving against all odds to break that culture of impunity.

While we send a space mission to the Mars and boast of its low cost, propose spanking bullet trains, invest in solar energy and advertise for Make in India, the other half dies, living in fear, jobless, grappling poor roads, no drinking water or proper healthcare. The promise of bringing back black money remains just that and the safety of minorities and scheduled castes has never before been under such a grave threat. There should be no room in 21st century India, for Gau rakshaks and mob lynching, or protests against namaaz, for Ghar Wapsi and the like, but these are now legitimate and unchecked forms of popular expression.

The rape of a little girl in Kathua, in what seems to be a clear case of communal vendetta, has galvanised protests all over the country,  but every day the fundamentals of our democracy are being whittled away, through the attacks on the media, through the impunity the guilty enjoy and  through the brazen twisting of facts. For a vibrant democracy, our nation’s conscience seems to be in deep slumber, except for sporadic awakenings.