old post
A Student of Jamia Milia Islamia: “Hindus are not discriminated in the campus”
May 14, 2018 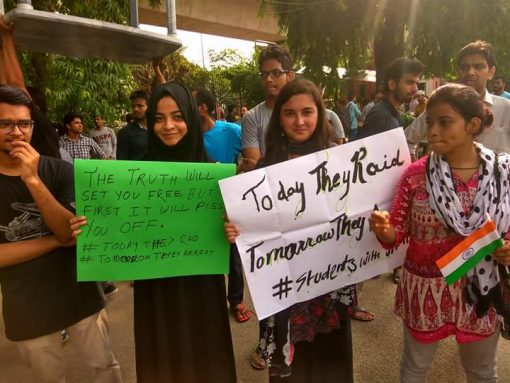 I’ll be honest. At the outset, when I first started studying in this institution about a year ago, my opinion of it was very different.

Jamia Milia Islamia is a sprawling, lush, green space, expansive in scale; men wearing skull caps and women wearing hijabs dot the campus. I had completed my graduation from Hindu College, Delhi University, which espouses and encourages liberalism. Despite my time there, I wasn’t free from what some have called the “21st century Islamophobia.” There is a saying that biases can only be broken through interaction and integration. In my experience, this proved to be true. My first class as a student of the A J K Mass Communication Research Centre (MCRC) went quite badly; I didn't like the institute and wanted to run away. It was then that I asked myself, “What do I not like? Is it the course or is it something else?” It didn’t take long for me to realise that one of the problems was own biased view. But, since then, not only have I completed adjusted to this “new life,” I have also come to appreciate my time here and all that it has taught me.

I, along with a friend of mine (another Hindu), had rented an apartment in Gaffar Manzil, a locality close to the Jamia campus. Our room was on the second floor. Right next to our building was the local mosque. Initially, I used to be bothered by the azaan. But, with time, the periodic azaan has become a way of marking the passing of time in my daily schedule.

My fondest memory from this past year is from Eid-Ul-Adha. Our landlady went ahead and treated us to three delicious meals, indulging us in mutton biriyani and kebabs. By the time the day was over, we were so full that we could barely move. Despite our landlord’s generosity, which we were grateful for, we weren’t happy with the neighbourhood. The area had too many mosquitoes! My roommate and I decided to shift to a nearby locality. Unfortunately, on the day of shifting, I fell severely ill. With a great difficulty, my roommate and I shifted our things to the new room. But I was running a temperature and slept fitfully.

Two days later, I received a call from our old landlady. Her daughter, who also happened to be my roommate’s classmate, had informed her about my bout of ill health. The lady insisted that I come back to my old place, saying that she would take care of me. This was a first. I had never come across, let alone heard of, landladies who were this kind to a tenant whom they had barely known for four months. 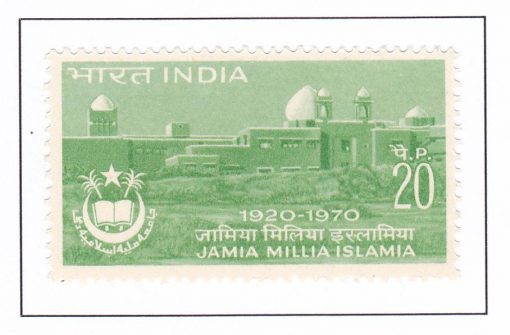 My class is an interesting mix of students, all from different backgrounds. Some argue against the “minority reservations” in Jamia. But if these reservations were as extreme as some people claim, how do you account for such diversity in the classroom? There are quite a few non-Muslims in my class. Even among the Muslims, the students are from a number of different places — some are from Delhi, others from Hyderabad, Mumbai, even Bihar. Because of their different geographical origins, there are a number of differences between them. Essentially, even the Muslim students are not a homogenous category.

Intifida Basheer is from Hydrebad. She is a Tamil Muslim. For her, there is no biryani better than the one that is her state’s specialty. Zeeshan Kaskar, another interesting classmate of mine, is from the Konkan belt. He doesn’t think too highly of Islam. He is passionate about liberalism and questions the orthodoxy of all religions. Hanan Zafar, a dreamy-eyed boy from Kashmir, will give you a piece of his mind if you make a case against separatism in Kashmir. Then there is Majid Alam, a proud Bihari, who believes that ideology and ideological stands are all a farce; in the real world, it is only “realpolitik” that matters. You see, even a cursory breakdown of this classroom gives us such diverse views. It is only when I started interacting with them that I truly began to see them as individuals. I had to step to step out of my bubble. And this is what everyone must do. .

From this past year, my biggest takeaways, perhaps, have been the general sense of camaraderie among the students and the classroom atmosphere. Never has a day passed when I’ve had to sit alone in the canteen. Whenever anyone from my class spots me sitting alone, they come and settle down next to me, striking a conversation. Intense discussions over chai and biryani regarding the current political scenario in India and the world have become a daily ritual.

In my first semester here, we had a very strict professor who taught us photography. He would bury us under mountains of assignments. Considering how lazy all of us were, it is no wonder that most of us scrambled to finish our assignments on “D-day.” This attitude almost got me in trouble. My camera had been stolen and I was too late in putting in a request for the equipment in the technical store. The possibility that I might fail this assignment was looming larger and larger. But, to my surprise, a few of my classmates stepped up and decided to help me, arranging for a camera and tripod. They shared their own equipment with me. It is one of the many kind moments that I will always cherish.

During my undergrad days, I was an avid debater. After joining this institute, I decided to try my hand at the intra-conventional debates which were held at the M.A Ansari auditorium. The event was titled “Miraas.”’ My team mate, Soumyadeep Guha, and I made it to the finals. We were up against a team which was speaking in Urdu. It was a trilingual debate. The entire auditorium was packed. The motion read “THB that refugees shouldn't be allowed to enter the country.” We had to argue for the motion. I expected to lose the support of the crowd after the debate. We would literally have to argue against giving shelter to fellow humans for the sake of maintaining of “national integrity.” A case in point is the ongoing plight of the Rohingya refugees. It was a heated debate that went on for over an hour. To my surprise, we won. Everyone congratulated me, “Bhaijaan, aaj toh aapne dil jeet liya, you won our hearts today”. I was pleasantly surprised that people were willing to put aside their own views and appreciate the soundness of the arguments.

There are a lot of such experiences, and other people, that I would like to mention. But I’d rather get to the point quickly. I have never felt threatened in Jamia Milia Islamia, nor in the areas surrounding it. Instead, I have come to see it as a “home away from home.”