Statement on handing over Red Fort to Dalmia Bharat 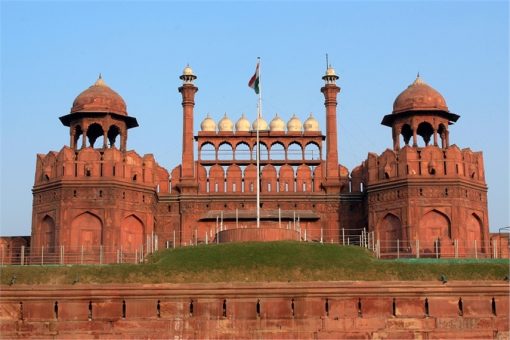 The Indian people cherish their great heritage that exists in physical terms in its monuments as well as the huts and tools of ordinary men and women of the past. What remains from the past needs not only to be faithfully preserved, but also correctly interpreted.

The present regime in power has an unsavoury past in regard to our heritage. It felt no compunction when its followers destroyed a 450 years old monument of architectural importance in 1992 just because it was a mosque. The Rashtriya Swayamsevak Sangh has long been propagating the cause of declaring all major medieval monuments, including the Taj Mahal and Delhi’s Red Fort as Hindu structures.

It is, therefore, right that people should be perturbed when it is announced that the safekeeping of the historic Red Fort of Delhi from which India’s independence was proclaimed by Jawaharlal Nehru on 15 August 1947, and has always been a symbol of modern Indian nationalism since 1857 is being entrusted to a cement company, Dalmia Bharat with no known credentials in the work of architectural preservation or in heritage-management. It has been announced that they are expected to “construct landscape”, etc., and also maintain an “interpretation centre”.

It is surely a slur on the Archaeological Survey of India, the legal guardian of all monuments that it is held to be incapable of maintaining a major national monument like the Red Fort. But what is most troubling is the fear that a commercial company will try to cater to the kind of beliefs and prejudices the RSS and its followers represent in interpreting and then trifling with the structure of the Red Fort.

It is, therefore, essential that the agreement between the Government and Dalmia Bharat be rescinded, and the Red Fort, as well as all our major monuments be duly protected and preserved solely by the Archaeological Survey of India, to which the duty is assigned by the Protected Monuments Act, 1958.

‘If tribals cut 1 tree, they are criminals. If thousands of trees are cut, it is lauded as development’

India is Not Lost: A SAHMAT exhibition

byICF and Newsclick
No Result
View All Result