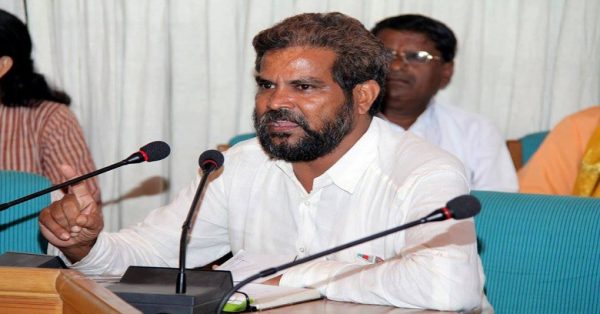 On April 29, Chhattisgarh Police have booked senior journalist and activist Kamal Shukla on sedition charges under Section 124 (A) of the Indian Penal Code. The matter pertains to a cartoon about the Judge Loya case, criticizing the government and judiciary that Shukla shared from his Facebook wall few days ago.

However, his lawyer Isha Khandelwal from Jagdalpur Legal Aid Group, has refused to comment on the issue for now as they have not been able to access a copy of the FIR yet. Though Kamal Shukla wasn’t available for comments, he said in a post on Facebook, “Neither can my voice be stopped, nor will my pen stop writing… till my last breath”

The case against Shukla has been registered at the Kotwali police station in Chhattisgarh’s Kanker district. Superintendent of Police KL Dhruv confirmed it, saying, “We booked Shukla under Section 124-A (sedition) of the Indian Penal Code on the basis of a complaint filed by a Rajasthan resident. The case was handed to us by the cyber cell in Raipur. An investigation is on, and appropriate action will be taken soon”

Who is Kamal Shukla

Kamal Shukla is a veteran journalist and editor of a weekly newspaper circulated in Bastar called the Bhoomkal Samachar. He has been a vocal critique of Chhattisgarh government’s anti-people policies that affect the Adivasis. Shukla is known for taking a tough stand against alleged extra judicial killings and state sponsored atrocities in his state.

He has drawn attention to the dangerous nexus between government and corporations to exploit the land rich in bauxite, iron and other mineral resources. On various occasions he has highlighted that the State was using the term ‘Naxalism’ as a justification to eliminate the Adivasis, who protect the forest lands, by either killing them in fake encounters or by locking them up for years under false charges. He says that the few who dare to speak against the State are targeted through arrests or false charges and threats. Not only this, he has also theorised about the disastrous impacts of high industrialization on the environment in Chhattisgarh state.

He has also raised his voice against the daunting circumstances under which journalists operate when they report on such matters. Last year, commenting on the arrest of another veteran journalist Vinod Verma who was arrested on charges blackmailing Chhattisgarh PWD Minister Rajesh Munat, with a so called ‘sex CD’, Kamal Shukla had said that it was virtually impossible for a free and fair press to survive in Chhattisgarh these days. He had also demanded the implementation of the provisions of the Journalists Protection Law-2017, which was passed to safeguard the rights of journalists.

He is president of Patrakar Suraksha Kanoon Sanyukt Samiti, a movement that got a law passed to protect journalists working in the state of Chhattisgarh. In the year 2016, Kamal Shukla was invited to participate in the prestigious press freedom awards organised by Committee for Protection of Journalists (CPJ) in New York for his exemplary reportage from ground Zero in Bastar, Chhattisgarh.

The sedition charges against Kamal Shukla come in the wake of several other attacks on freedom of expression and free press, especially in impoverished states such as Chhattisgarh where Adivasis are facing off against large corporates. Nearly a dozen journalists have been targeted similarly in the past few years under various sections of Indian Penal Code including sedition. Some of them included Lingaram Kodopi, Santosh Yadav, Prabhat Singh, Somaru Nag and others.

First published in Citizen for Justice and Peace