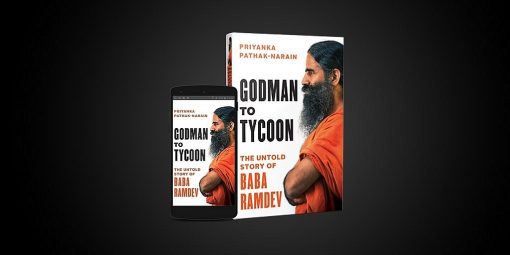 On April 28, 2018 the court of JSCC­-ASCJ-­GJ, East District, Karkardooma Courts, Delhi, presided by Sh. Jay Thareja, DJS, lifted the ex-parte interim injunction on the publication and sale of Godman to Tycoon: The Untold Story of Baba Ramdev. The publisher Juggernaut Books and author Priyanka Pathak-Narain were represented by Rajashekhar Rao, Satyajit Sarna and Amit Agrawal.

On August 4, 2017 the court of the ACJ-CCJ-ARC (East), at the Karkardooma District Courts in Delhi had restrained Juggernaut Books from the publication and sale of Godman to Tycoon. We complied with that order immediately thereafter. That order was passed ex-parte, that is, without hearing either the publisher, Juggernaut Books, or the author of the book, Priyanka Pathak-Narain.

The April 28 order overturning the injunction is a victory for free speech. The judge noted in his judgment that  the ‘usual course, in suits like the present suit, is to protect the right of freedom and speech guaranteed to an individual/journalist/author, as guaranteed under Article 19(1)(a) of the Constitution of India, unless the defense of truth, fair comment and fair reporting, pleaded by the individual/journalist/author, appears to be completely meritless.’

The book will be once again available for sale immediately on the Juggernaut app and in a few days on online and in physical retail stores.

The publisher of Juggernaut Books, Chiki Sarkar, and CEO, Simran Khara, said ‘At Juggernaut we will always fight for our books and authors and we are delighted by this judgment. We hope, too, that it will help other publishers and writers.’

The author Priyanka Pathak-Narain said, ‘It is a great relief that the injunction has been lifted. Temporary injunctions can kill books and it is heartening that the judiciary has stood up for freedom of speech and of the press.’