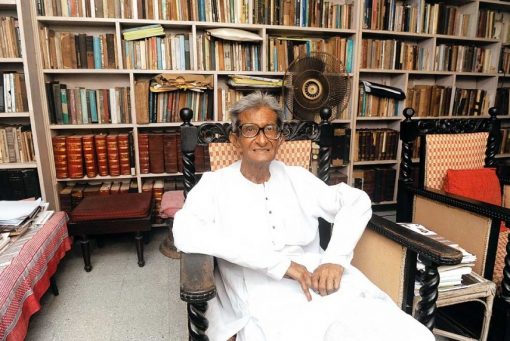 Dr.Ashok Mitra who passed away on the morning of May 1, 2018, was the doyen of Left intellectuals in the country. A brilliant economist, he was the Minister of Finance, Development and Planning of West Bengal in the first Left Front government of that state in 1977 and remained in that office till 1986. His ministerial tenure coincided with momentous changes in the rural landscape of that state, with the institution of “operation barga”, land redistribution, devolution of resources and decision-making to panchayats, and a substantial step-up of plan outlay on agriculture, irrigation and rural infrastructure. These changes altered the balance of class forces in the countryside of West Bengal and broke its long agricultural stagnation. He was a member of the Rajya Sabha in the mid-nineties and Chairman of the Parliamentary Committee on Industry and Commerce, in which capacity he struggled hard against the Intellectual Property Rights regime being imposed by the advanced countries through the WTO. He remained till his very end a strong champion of the rights of states and was totally opposed to the Goods and Services Tax which he saw as encroaching upon these rights.

Apart from his academic work, of which The Share of wages in National Income and Terms of Trade and Class Relations were two outstanding examples, he was a columnist at various times for Now, Economic and Political Weekly, and The Telegraph. As an essayist in Bengali he brought out several volumes and was a recipient of the Sahitya Academy Award. He was also an advisory editor of Social Scientist, a journal with which he was closely associated. A person of impeccable courtesy, indomitable courage, and absolute integrity, he was a friend, philosopher and guide for all progressive causes and was part of the Sahmat family. We deeply mourn the passing away of Ashok Mitra.

‘If tribals cut 1 tree, they are criminals. If thousands of trees are cut, it is lauded as development’

India is Not Lost: A SAHMAT exhibition

byICF and Newsclick
No Result
View All Result