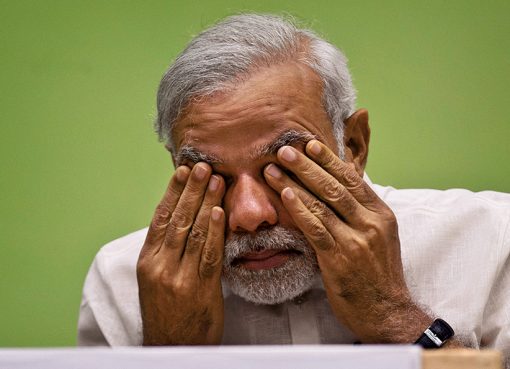 Over 600 academicians and scholars from India and abroad have written an open letter to Prime Minister Narendra Modi to express their “deep anger and anguish” over the events in Kathua and Unnao and said that his assurances of justice for the victims were “wholly inadequate, platitudinous, and non-specific”.

Endorsing the sentiments expressed by 49 former bureaucrats, who too had written an open letter five days ago, the academicians said that that there was an “undeniable association” of violence “with the ruling dispensation”.

The letter has been signed by 637 academics from India, Australia, USA, UK, Germany, Netherlands, Switzerland, UAE, Ireland, Canada and a few other nations.

PM Modi had last week in a delayed response over the rape and murder of an eight-year-old girl in Kathua and the rape of a teenager allegedly by a BJP MLA in Unnao said that the culprits would not be spared. Later, in London, he insisted that rapes should not be politicised.

The academicians said they were dismayed particularly by the aftermath of the events in Kathua and Unnao, “over the efforts, in both cases, of those administering the relevant states to protect the alleged perpetrators of these monstrous crimes, over the subsequent profoundly distasteful efforts of rationalisation, deflection and diversion that have been so much in evidence in the reactions of your party’s spokespersons in the media; and finally over your own prolonged (and by now familiar) silence”.

Several BJP members have spoken out in favour of the rape accused BJP MLA from Unnao Kuldeep Singh Sengar, while in Kathua, month-long protests invoking nationalism and the national flag were held in support of the alleged rapists with two sitting BJP ministers in attendance. When they were asked to resign from their posts after anger mounted, they said that they had been told to attend the protest by higher-ups in the party.

The letter added that Kathua and Unnao were not isolated incidents. Instead, it pointed out that there has been a pattern of repeated targeted attacks on minority religious communities, Dalits, tribals and women, in which rape and lynching have been employed as instruments of violence by gau rakshaks and others.

“This is not to associate violence exclusively with your party and with state governments presided over by your party. But there is an undeniable association with the ruling dispensation,” the letter says.

The letter further adds that there is little evidence that the government has provided any assistance to vulnerable sections of the society or implemented any “preventive measures aimed at discouraging blatant breaches of the rule of law”.

The academics also quoted the Allahabad High Court’s observation in the Unnao rape case wherein it said: “If this is the conduct of the police in the state, whom will a victim approach to register a complaint? If this is the stand you are repeatedly taking then we will be forced to observe in our order that law and order has collapsed in the state”.

“We send you this letter because it is our duty to do so; so that we are not guilty of silence; and so that callousness and cowardice might finally draw the line at the broken body of a little girl and the rape of a young woman,” they added.