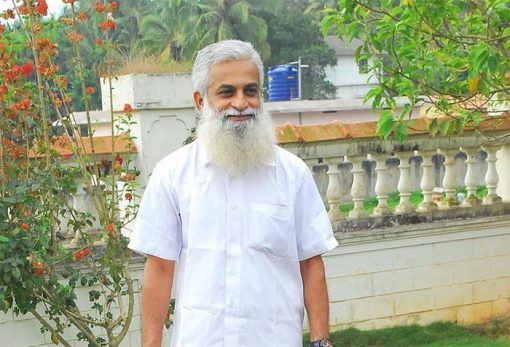 Earlier this week, a professor from Kallady College in Kerala, Dr. Ranjith Kumar, claimed to have a new scientific explanation for how and why transgender people are born in this country.

Dr Ranjith Kumar, who holds a PhD in microbiology, was quoted as saying, “What will be the children born to women who dress like men be like? Their children are going to be transgenders, napumsakam, or hijra, as some people might say.”

He went on to claim that jeans are “evil.” “The children born to men and women who rebel have this new disease called autism. Do you see that? [pointing to a video] The mother is wearing jeans and both her children suffer from autism.”

Interestingly, this lecture took place in Kerala, the first state in the country to provide job security to transgender people.

There are multiple reasons why his claims are controversial. As a microbiologist, people expect his claims to have a scientific basis. In fact, if he is speaking as a doctor, it is his responsibility to make claims that have some basis in science. However, the reasons he presented for his claims are not just unscientific but also stupid. They do not even follow any established norms of research.

His statements have offended many, including the transgender community, women, and also, parents, doctors, and caregivers of autistic children.

Transgender people are those whose gender identity or gender performance differs from the sex they were assigned at birth. By claiming that jeans are “evil” and responsible for the birth of transgender babies, Kumar is increasing and, worse, legitimising the transphobia that exists in our society.

Second, autism is a genetic disorder. Instead of increasing awareness about autism, his claim places the “blame” for the children’s condition squarely on the parents. Must these parents, who already struggle to find acceptance and understanding in our country, also feel guilty for committing the “sin” of wearing jeans, must they be condemned to the society’s judgement for their clothing choices?

Besides all this, it is yet another attempt at policing women and what they wear, burdening them with the “ignominy” of having transgender children if they “rebel.”

Dr Ranjith Kumar isn’t the only one to have made such regressive remarks. Recently, the Minister of State for Human Resource Development in Higher Education, Satyapal Singh, was quoted as saying, “No boy will be ready to marry a girl who comes to the mandap (wedding stage) in jeans.” A couple of years ago, a famous Malayalam singer, Dr K J Yesudas, courted controversy when he said, “What should be covered should be covered. When women wear jeans, others are forced to look beyond that. They should wear modest attire that suits our culture.”

Unlike the Central Government, which has chosen to remain silent on this issue, the Kerala state government reacted to the incident and barred the professor from addressing any public gatherings.