old post
A Look at Sexism in the Medical Field
March 8, 2018

To commemorate the International Women's Day, we decided to publish a short excerpt from an essay, written originally in Kannada, by H S Anupama. The excerpt examines sexism and sex/gender based discrimination in the medical field. An English translation of the essay, in its entirety, will be available on our website soon. 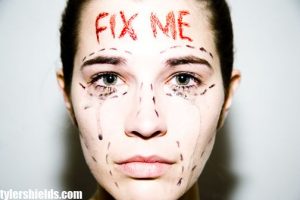 This history of repression, and its continuation today, has made it necessary to for us to look at sex/gender, while discussing any issue. No analysis or discussion can be free of sex/gender. When we discuss the nature of the institution of family, social issues, and political developments, it is very important for us to also consider the sex/gender politics, and how it plays out in families, in our society, and in politics. Sex/gender based inequality can be seen taking diverse forms today, which is indicative of the change in sexual politics.

The hierarchical caste system in India has assigned a second class status to women; this is true for women of all castes. A woman enjoys no rights guaranteed by the law of the land. As per 2018, only 2.23% of the representatives in power are women, this is the political scenario in karnataka; 60 crore women in the country are represented by 59 women in the parliament, a mere 9%. The policy of reserving 33% seats for women has been followed for decades now, but it has proved ineffective. On the one hand, women's roles in many fields are neglected, and, on the other hand, women are forced to give in to restrictive moral values and belief systems in the name “tradition”. In such a scenario, the sexual politics in the medical field also reflects this.

In the medical field, we have the responsibility of attending to everyone and anyone who needs medical attention; it is a field which gives a ray of hope to all those who want to live a long life. One would assume that medical professionals, at least, would be able to see the dark side of the human society; would be able to identify the discrimination; would not engage in it. But, it is unfortunate that the medical field is far from being a space free of gender discrimination.

Medical practitioners have reduced women to mere consumers. Women trust the doctors to help them during pregnancy, childbirth, menstruation, along with any other health issues that they might have. This, in turn, makes doctors “trustworthy,” a “source of strength,” for many women, especially in times of distress caused by physiological conditions that require medical attention. This is an overly romanticised, almost idolised, image of doctors and the medical field. After all, medical professionals and doctors are a part of the same society which practices sexual/gender discrimination, and one can see the influence that this has even on this “noble” profession.

Starting from a woman’s birth, right up to her death, the medical field exploits the vulnerability of women’s position and adds to the sexl/gender based discrimination that they face in the society. This reality of the medical field only becomes visible when one talks about female infanticide. This article dwells upon other discriminatory practices, apart from infanticide, which doctors, and the medical field in general, perpetuate and engage in.

Indeed, today, every part of a woman’s body has become a site of medical interventions. Including surrogacy, the uterus has been reduced to an object of research, study, and trade. There is a difference in the way that sexual/gender politics plays out in the case of a female doctor and a female patient.

Sexism, that finds legitimacy in the cosmetic industry, is a result of growing capitalism. A woman’s body is seen as an object of pleasure, to be put to aesthetic purposes. Cosmetic dentistry and cosmetic surgery are the most popular. Teeth brightening, making it gleam like crystals; changing the skin colour and hair colour, which come with the added burden of having to take colour protection measures; “enhancing” the shape of the nipple —all these, and other such procedures, are not medically necessary, they’re not done in order to cure someone of an ailment or medical condition. Doctors appear in the advertisement for these procedures and cosmetic products, such as advertisements for a product that prevents of hair loss, split ends, wrinkled skin, or advertisements for hair tip cleansing. India's cosmetic industry is valued at $ 950 million. By 2020, Indians will be the largest consumers of cosmetic products in the world. Baldness, split-ends in the hair, facial wrinkle, these aren’t life-threatening conditions. Yet, millions of rupees are invested in the drug industry to manufacture drugs that treat these conditions.

Plastic surgery is a good example to discuss here. The hospitals that perform these procedures are more like “garages,” meant to repair and fix the shortcomings in one’s beauty. There are surgeries to increase the size of breasts, change their shape, to rectify noses, to shape eyelids. Plastic surgery, which was once used for disfigured or maimed people, is, today, being used for most cosmetic purposes. Believe it or not, ​​most of the plastic surgery procedures in the 21st century are done to increase breast size, followed by hymen repair surgeries. A woman is still expected to maintain her virginity in order to be considered chaste. It is regrettable that her body is reduced to a mere object, meant only for the sexual gratification of a man.

As everyone knows, the hymen in the vagina breaks during the first sexual intercourse. Girls who are involved in strenuous physical activity, which can sometimes rupture the hymen, are scared of being labelled as promiscuous and shamed. In some cases, a girl is made to go through a virginity test, where her bleeding on the first night after marriage, after having sexual intercourse with her newly wedded husband, is seen as a marker of virginity.  Instead of challenging these customs, and trying to change them, the availability of hymen repair procedures is only popularising such beliefs. Girls in metropolitan cities wait eagerly for hymenoplasty. It is shameful and ridiculous that a woman would do this to herself.

Women, through social conditioning, are made to believe that it is only their sexual organs that are of any value. The medical field, and the advances in technology, instead of breaking this parochial belief, pander to it. Instead of cultivating scientific temperament in people, unscientific beliefs, archaic morality, and superstitions are being catered to.

Genital mutilation is another practice that needs to be looked into. Women's genital mutilation surgery is a common practice in many Muslim countries around the world. Their genitals are cut off during circumcision and sewed into a hole. It is a practise based on the belief that the virginity of a woman has to be protected till her marriage. On the first night, the bridegroom, using a small knife, breaks the stiches. For many of these women, sex can be a painful activity for up to three months, while some cannot have intercourse at all. When these women deliver babies, the surgery is repeated again, preventing them from having sexual intercourse. It is almost as if female sexual genitals are only meant for the sexual gratification of men and for producing children, but not for the sexual pleasure of the woman herself.

Even today, 6000 females are subjected to genital mutilation. Doctors facilitate in secret, as it is illegal. And let us not forget the British surgeon who cut off the clitoris of girls he considered dirty, or those who were euphoric, or amber, claiming that they were wicked and that their wickedness stemmed from their clitoris.

This just shows us that all the medical education and training that these doctors get has failed to rid them of their sexist world view.