old post
Sardar Patel Would Not Have Handled Kashmir Any Differently Even as Prime Minister in 1947
February 10, 2018 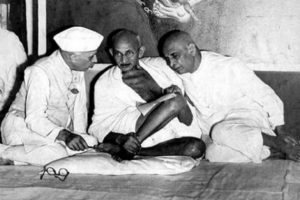 Our Prime Minister stated this in the Parliament on February 7, 2018 while replying to the debate on the motion of thanks to the President’s address:

“If the country’s first prime minister was Sardar Vallabh Bhai Patel, then this part of my Kashmir would not have been with Pakistan today”( excerpts based on the English translation on PIB/NIC website of the original Hindi text).

This statement tends to convey that Nehru came in the way of Patel on Kashmir policy. A contrary impression emerges if we study the official version recorded by the late V P Menon, a close associate of Sardar Patel, in his historic book The Story of Integration of Indian States (1956). Sardar Patel’s role was decisive as Dy.Prime Minister. Menon had obtained Maharajah Hari Singh’s accession letter.

The late Menon was handling constitutional reforms since 1917. He was Viceroy’s Constitutional Adviser from 1942. In that capacity was coordinating with Indian political leadership on the mode of transfer of power. He was also the chairman of the 3 man committee which drafted the India Independence Act, passed by the British Parliament on July 18, 1947 creating 2 dominions under “the sovereignty of His Majesty”. His important role during the transfer of power would be evident if we read his Transfer of Power in India (1957). Both these books were written by him as desired by Sardar Patel.

From August 21, 1946 onwards Menon was in close touch with Sardar Patel as the second important Congress leader. Patel was also Home Minister in the Interim Cabinet since September 2,1946. Menon used to meet Patel more often than Nehru. Events were moving at a frenetic pace since the visit of the Cabinet Mission (24 March 1946), Shimla Conference (5-12 May, 1946) and May 16, 1946 declaration to end British Paramountcy.

Then came the June 3, 1947 plan to grant independence on August 15, 1947. The biggest worry at that time was how to get accession of 562 princely states. Due to shortage of time Menon advised Patel to get accession only on defence, external affairs and communications. This was followed in Kashmir’s case too on October 26, 1947.

It was Patel who persuaded Menon in June 1947 not to retire on August 15, 1947 to become a governor as desired by Lord Mountbatten. Instead he asked him to take charge of “States’ Department”, the country’s most important ministry on June 25, 1947 to prepare princely states’ accession.

Menon has recorded that Patel was given “a free hand” in handling this huge responsibility. Patel held his turf fiercely even resisting Mountbatten. When Indian troops chased away Pakistani “Irregulars”, Jinnah changed his tactics and invited Mountbatten and Nehru to visit Lahore to discuss Kashmir. Patel firmly objected to Nehru accompanying Mountbatten. Gandhiji, when consulted, agreed with Patel. Hence Mountbatten went alone on November 1, 1947. Menon handled Jammu & Kashmir affairs till December 31, 1947 when government of India formally appealed to the UN under advice from Lord Mountbatten. From then on it was the responsibility of the External Affairs Ministry.

The India Independence Act 1947 had codified that princely states “could” join either India or Pakistan. “Independence” was not mentioned as an option. Section 7(1) (b) had said that all treaties and agreements in force between His Majesty and the rulers of Indian States would lapse. It meant that if the princes chose to be “Independent” they would have to negotiate with India or Pakistan.

Hari Singh toyed with the idea of being independent. Lord Mountbatten, who knew Hari Singh personally from 1921-22 attempted to persuade him to accede to India or to Pakistan, during his 4 day Kashmir visit in June 1947. Menon says: “He assured the Maharajah that, so long as he made up his mind to accede to one dominion or the other before August 15, no trouble would ensue, for whichever Dominion he acceded to would take the State firmly under its protection as part of its territory.

He went so far as to tell the Maharajah that, if he acceded to Pakistan, India would not take it amiss and that he had the firm assurance on this from Sardar Patel himself”.(Emphasis added by me).Menon says that Mountbatten also insisted that he ascertain “the wishes of the people” in view of the composition of the Muslim majority in the state. That was the origin of plebiscite idea. It was not on Nehru’s insistence as the BJP is now saying. Either way Hari Singh had to decide soon. This did not happen.

Pakistan’s proxy raiders invaded Kashmir on October 22, 1947. On 24th Hari Singh appealed to India for help. This was not possible unless Kashmir “acceded” to India. The Defence Committee chaired by Mountbatten asked Menon to fly to Srinagar for assessment. Pakistani raiders were 2 days away from Srinagar. Menon returned to Delhi after advising Hari Singh to move to Jammu.

Hari Singh then invited Sheikh Abdullah to head the interim government. Menon briefed the Defence Committee on 26th who asked him to get the “Accession” papers signed. Menon flew to Jammu, got the accession document signed by Maharajah and flew back. Sardar Patel was waiting at the airport and they both went to the Defence Committee’s meeting which decided to accept the accession subject to the proviso that a plebiscite would be held in the state when law & order situation allowed. Like Nehru, Patel also was party to this decision.

Our Saffron followers are blaming Nehru for taking up the Kashmir dispute to the UN and for accepting the Cease fire on January 1, 1949. They say that we could have pushed the raiders out of undivided Kashmir. The late J.N.Dixit, our former National Security Adviser had also said that India should not have referred the matter to the UN by following Mountbatten’s advice. Even former Air Force Chief Arup Raha had joined the controversy on September 1, 2016. All these opinions are misguided.

Critics forget that India was still a “Dominion” under the India Independence Act 1947 with a Governor General as the Crown’s representative. Only the Governor General had full powers to decide such policy matters including waging wars. We became fully sovereign only in 1950 as a republic. Also there was an India-Pakistan Joint Defence Council at that time. The last two meetings were held at Lahore (December 8,1947) and New Delhi ( December 22, 1947) under the chairmanship of Mountbatten with Nehru and Liaqat Ali Khan attending. Hence even if Patel as prime minister had wanted to continue the War, he could not have ordered our Army.

Menon says that it was Lord Mountbatten who persuaded Gandhiji and Nehru to refer the dispute to UN after the Lahore meeting on November 1. Till then it was not an open war. He did not want such a war between two recently free dominions which were members of a “Joint Defence Council”. There is no official record that Sardar Patel who was the Deputy PM till his death on December 15, 1950 had objected to the Cease Fire decision on January 1, 1949.

It was not true that Patel was not involved in defence matters. Menon says that our defence strategy was overseen by Sardar Patel too who along with Defence Minister Baldev Singh had visited Srinagar on November 3, 1947 to review the military position. They recommended that a divisional headquarters should be set up in Kashmir. Till January 15, 1949 Gen. Bucher was our Commander-in-Chief. On January 16, Gen.Cariappa took over as C-in-C. Sardar Baldev Singh was our defence minister. C.Rajagopalachari was our Governor General from June 21,1948 when Mountbatten demitted office. None of them have gone on record about any reservations on the Cease fire agreement which was signed on July 27, 1949 at Karachi.

It will also be apparent that most of the Saffron “scholars” have not cared to read authentic history. Their opinions are only based on blind hatred towards Nehru. It will be speculative to guess whether C.Rajagopalachari would have permitted our army to continue the War as Governor General. It would not have been possible to do that even if he had wanted, since Governor General would have had to take permission from London.

Rajaji, to my best knowledge, has left no papers on this although his relationship with Nehru had deteriorated after 1955. Even Menon who had joined the Swatantra Party in 1959 as a founding member with Rajaji as President had not amended his version after joining Nehru’s opposition group. Political activities in those days were conducted only on ideology and principles and not on hatred and prejudices as it is now.