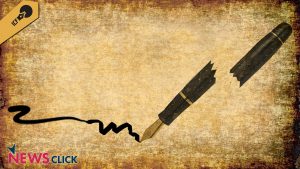 Aniruddhan Vasudevan, who was a recipient of the Sahitya Akademi Prize for Translation 2016, for his translation of Perumal Murugan’s novel, Madhorubhagan, has now written to the Akademi declining the award.

Kongu Kalvi Valarchi Arakattalai, the same group that hounded author Perumal Murugan, also filed a petition in the Madras High Court against his translator, Vasudevan, and the jury that gave him the Sahitya Akademi Award for One Part Woman, the English translation of Madhorubhagan. M Loganathan, who had filed the petition, also alleged that the jury members, in selecting the English translation for the award, were “prejudiced” and “biased.” In December last year, the High Court put an interim stay on the award. The Indian Express quoted the High Court bench’s observation, “…prima facie it appears that the translation is both incorrect and inaccurate.”  Vasudevan, in his letter, stated that he is declining the award as he does not want to start a fresh chapter of controversy around the novel.

Jury Member Githa Hariharan spoke to Newsclick and the Indian Cultural Forum about this development.

What is your response to Aniruddhan Vasudevan declining the Sahitya Academy award?

I wish Vasudevan had not declined the prize. He deserves it. And, in our multilingual country, translation is essential and needs all the support it can get. In this case too, the jury took into consideration the critical function of translation in a multilingual country like ours. As responsible writers and critics, we need to ensure that readers have access to translations of a high quality, particularly of works that we, as well as other critics and scholars, have recognised as an important part of our rich and diverse literary practice. The only considerations before the jury, in this case, were the quality of the translation, and the literary merit of the work being translated.

Why do you think this group filed the petition opposing the Sahitya Akademi Prize for Translation?

This petition is not about the translation prize. It seeks, instead, to raise an issue that has already been dealt with effectively by the Madras High Court in its Judgement delivered on 5/7/2016 on the original publication. The Judgement observed that the writer should continue to “do what he does best”, i.e., write; and that both the writers and his opponents should move on “as citizens of an advancing and vibrant democracy”. In view of this sound advice, raking up the same issue is a waste of the valuable time of our Courts, as well as a mischievous attempt to impede the free practice of imaginative endeavour that sustains our culture with multiple narratives and viewpoints.

In addition to wasting the valuable time of our Courts, who have a considerable load of genuine petitions, this petition undermines the free practice of literature by writers, critics, publishers and readers, by ascribing to itself the role of judging the merit of literary texts. I would like to remind the petitioners of Jawaharlal Nehru’s views on the individual freedom of the writer. “As soon as writing is put in a straight-jacket,” he said, “it is bound to lose and suffer.”  He added, “A State cannot produce good writing. It can provide conditions where good writing can be encouraged.” Any attack on these conditions — of freedom to imagine, write, translate, judge, discuss, and debate — would hinder our citizens from producing and partaking of varied and critical literary perspectives.

What is your response to the accusation in the above petition that the jury was “prejudiced” and “biased” in their selection?

No award norm was breached. The Sahitya Akademi prepared a short list from the books entered for the prize and sent the short list to the jury members. Each member was not aware of who the other jury members were till we met for the final decision. When the jury members met, they had read all the shortlisted books carefully, and prepared notes on the merits of each translation. All ten books were discussed, and there was detailed discussion on those considered prize-worthy. Based on the criteria of a good translation into the English language, the jury members reached a consensus that Aniruddhan Vasudevan’s translation, One Part Woman, deserved the award. The book falls within the eligibility period. It is a complete and unabridged translation, and the quality of both the translation and the novel has been acknowledged by critics, scholars, reviewers, and award juries. The jury members for the Sahitya Akademi prize agreed that this translation achieved the difficult task of rendering a specific cultural context and language into a highly readable translation that sounded “natural” in the target language, something every good translation aspires to. Specific mention was made of the skill with which words, phrases, expressions, and songs that are hard to translate were handled by the translator. In short, our discussion of One Part Woman, as well as our choice of the book as the award winner, was based purely on literary indices, i.e. the literary merits of the translation.

The petition alleges that this is not a “true” translation of the work. May I suggest that debates about the quality of a translation belong in classrooms, seminars and the printed page, and not in petitions or Courts? Debates on literary merits are informed and meaningful when conducted by the community of literary practitioners, students of literature and scholars. Such debates are not based on sentiment.

The translation was chosen for the award in good faith, and for valid reasons, free from any sort of bias. Members of the jury had written earlier about the book, and the attack on the book, in our capacity as writers, reviewers and cultural commentators. I must point out that the three members of this jury are by no means the only people who have written about the “controversy”. Across India, a large number of writers have taken part in protests against the attack on the book and its author Perumal Murugan, not because they were “canvassing” for the book; but because of their deep concern for freedom of expression, essential to any form of literary work. Again, the three members of the jury are not alone in admiring the novel. Reviews, articles in the media, and the large number of readers in India and elsewhere, bear testimony to the interest in the book, as literature, by discriminating readers.

The petition further alleged that the three members of the jury have been acknowledged by Perumal Murugan in the Preface of his novel. First, he has acknowledged only one of the three members, A.R. Venkatachalapathy, as a friend. Second, acknowledgements in a literary work do not imply that those thanked for support are in any way responsible for the actual work. Writing a novel is a solitary task, neither planned nor “conspired” by a group. It is ridiculous to imply that any “conflict of interest” applies to a friend or relative who may be acknowledged by a writer as having provided any sort of support during the lonely period of writing a novel.

Petitions such as these are part of the insidious process of misusing the Courts, in the name of hurt sentiment, to harass writers, critics and artists. My submission to the Court — if the case continues — would be to dismiss this and other similar petitions, and lay down a principle that such harassment is an attack on two of our cherished values: critical thinking and freedom of expression.

Such petitions are frivolous at best; and, at worst, a danger to the practice of the arts, as well as the diversity of opinion and critical thinking guaranteed by our Constitution, and upheld a number of times by our Courts.

“Poetry is my refuge”: Perumal Murugan

Perumal Murugan: A Parable of our Times