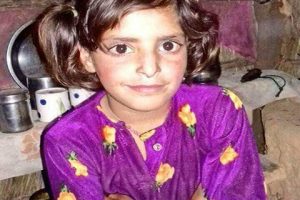 In response to a question in the Jammu and Kshmir Legislative Assembly, the government of Jammu and Kashmir stated on 16 January, 2018 that there were 297 reported cases of rape in the year 2017, in contrast to 189 in 2016, as per media reports. These recent figures are alarming, even accounting for a rise in rate of reporting cases. They show a significant increase in the number of civilian rape cases.  It is pertinent to note that for the increased number of cases, there are disproportionately fewer cases resolved.  In the highly militarised context of Jammu and Kashmir, where impunity for gruesome human rights violations is the norm, cases of violence against women, whether by state actors or civilians are plagued by the same culture of impunity – aggravated by militarised governance structures which strengthen existing hierarchies of gender, community, class and caste. The Indian State has sustained an environment of impunity both through draconian laws and through the wider state machinery that has obfuscated the truth by shielding perpetrators of violence and injustice.

The recent case of the rape and murder of a minor girl, in the second week of January in Rasana Village, Kathua district of Jammu region, reveals the vulnerability of communities living in highly militarised border areas. Members of the Gujjar–Bakarwal community, a predominantly Muslim minority community in the Jammu region, have had a long history of persecution, exploitation, violence and displacement at the hands of the state forces due to their nomadic lifestyle, and knowledge of the local terrain. Mobility, grazing and trade routes, and everyday lives and livelihoods of people in these isolated and highly militarised border areas have been restricted, and they are vulnerable to different forms of social exploitation and violence. Increased militarisation and high incidences of sexual violence have particularly affected lives of Gujjar –Bakerwal women, who must try to earn a living in these precarious and violent conditions.  The ‘exceptional’ circumstances of border life, including denial of access to their villages and grazing grounds, land mines and frequent shelling, means that an issue like sexual violence fades into the background.

This case should be seen and understood within this context of existing climate of impunity and human rights violations. The role of the police and the local BJP MLA in particular has raised serious suspicions of the state’s intention in shielding perpetrators and polarising communities. According to local activists on the ground, who have spoken to JKCCS the filing of the police complaint was deliberately delayed by the SHO, and the investigations conducted thereafter were cursory and repeatedly transferred from one team to another. Copies of the FIR and the medical examination report have not been provided to the family. Despite the local community having a strong inkling of the identity of the perpetrators, after the child’s body was recovered, a single individual—"15 year old boy" was arrested as the sole culprit. The case also exposes a long-standing pattern of communalising issues that take place in Jammu, by local and Jammu politicians, particularly from the BJP. Local activists told JKCCS that the majority Hindu community, which was initially supportive of the agitation for justice, has now been "persuaded" to withdraw their support. In a familiar move, police also arrested local activist Advocate Talib Hussain, who was vocal in voicing the community’s misgivings and threatened to apply the preventive detention provisions ofthe Public Safety Act (PSA).

The case requires greater attention, and follow up to prevent communalisation and impunity for perpetrators. JKCCS appeals to women's groups and civil society in Jammu and elsewhere to come out in support of the local Gujjar – Bakerwal community's struggle for justice, and closely monitor developments in the case to prevent miscarriage of justice, and intimidation of witnesses. The authorities should ensure that there is a fair and time bound investigation in this case and greater transparency and disclosure of information to the public to settle local concerns of a cover up.