old post
The story of three Bengali Muslim households which lost their men to lynching in 2017
January 27, 2018

Ashin Mohammed says he had a dream. He starts to explain the dream to Harsh Mander and the others from the Karwan-e-Mohabbat team, but is, soon, overwhelmed with tears. They choke his throat before the words can come out. 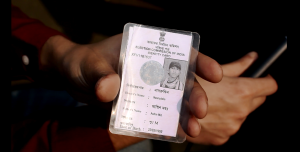 His son, Mohammed Nasiruddin, is one of the three who were killed in a mob lynching for alleged cow theft. Those who killed the three Muslim men, on 22 June, 2017 also filmed the entire incident. Ashin Mohammed came to know of his son’s demise through this video.

On our way to the police station, he told me, “A person from our local Islampur thana showed the video and asked, ‘Do you know who this is? People say that he is from this village.’ I saw the video and panicked. I said, “E to hhamar chele!” (This is my son!).

This reporter has a copy of the video but it is difficult to find out which of the three dead is being lynched in the video. He is also uncertain if Ashin Mohammed had seen the same video. Ashin, however, was quite convinced that he had seen the murder of his own son in a video that was shown to him a day after the lynching.

He remembered how the two days unfolded. “It was the month of Ramzan. He had come for iftar. After he finished eating, he received a call. He was told to come for work at the Islampur village, near Chopra. He left after iftar, and I haven’t seen him since.” 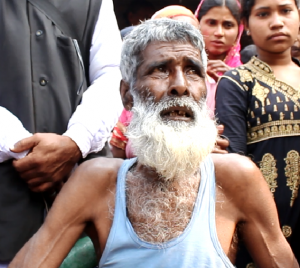 Mohammed Nasiruddin and his two friends, Nasirul Haque and Mohammed Samiruddin, worked as masons. They arranged for labourers and worked in the construction business together. Everyone in the village reported that they had been working together for some time. However, there were also unverified and contradictory accounts which said that they had been caught for stealing cycles a year ago.  This particular story was related to us by a local imam who changed his version of the events as the day unfolded. We could not verify the validity of this claim.

An Indian Express report, published at the time of the incident, claims that in the villages of Durgapur, more than two dozen complaints had been lodged at the Chopra police station. The reporter spoke to Atul Chandra Basu, whose two sons were initially arrested for lynching the three Muslim men.  The reporter quotes Basu as saying:

More than two dozen complaints have been lodged from this village alone; the number crosses 50 if you count those lodged from adjoining villages. But the police told us not to bother them with such petty affairs and asked us to handle them ourselves…

So we handled it ourselves.

“Handling it ourselves” means the disturbing trend of taking the law in their own hands to settle matters.  West Bengal in particular has seen a rise in the number of casualties related to cattle. According to a report published in The Quint, West Bengal tops the charts for cattle related violence in 2017. Mohammed Nasiruddin, too, was urged by his villagers to avenge his son’s death. “But I said no. Let the law take its own course. If there is any justice, I will receive it from the courts of this land,” he said.

But justice has been slow for the families of the deceased. The three accused who were arrested for the crime, Asit Basu (aged 28), Ashim Basu (aged 27), and Krishna Poddar (aged 24), were released on bail two weeks after their arrest. The police are yet to file a charge sheet, even after almost six months since the lynching. In spite of the existence of the video, the FIR was filed under Section 304 (culpable homicide not amounting to murder), which is a bailable offence, and not under Section 302, which is non-bailable. The families have also written to the Sub Divisional Officer, requesting them to conduct a CBI inquiry. They also made a written appeal to the Karwaan-e-Mohabbat team. 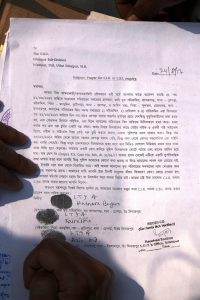 The letter submitted to the SDO | Photograph by Sujay Sen

Harsh Mander, John Dayal, and a team of lawyers travelling with the Karwaan-e-Mohabbat team, had visited the Chopra police station, along with one family member from each of the three deceased’s families. But Goutam Roy, the OC of the police station, said that he had strict instructions from the SP to not say anything about the case.

After coming out of the station, Mander commented, “I am extremely disappointed with the state administration. One would expect an administration that claims to be secular to be more considerate towards the minorities. I could have well been in Gujarat and Rajasthan. There is no difference in the apathy and disregard shown to the grieving families. I will write an open letter to the Chief Minister.”

On the other hand, the Mamata Banerjee-led Trinamool Congress government has been quite considerate to Afrazul’s family. Afrazul was killed by a man in Rajasthan, who, too, made a video of the killing. The state government has declared that a compensation of five lakh rupees for the family. In this case too, the murder had been filmed by the perpetrators, but the deceased’s families are yet to be visited even by a gram panchayat leader.

A journalist who was at the spot, but who did not wish to be named, said, “This case does not bode well for the Trinamool Congress government. In Afrazul’s case, the murder was in Rajasthan, which has a BJP government. In this case, the lynching has taken place in Bengal by a Hindu-majority mob. The BJP in Bengal, of course, is silent on this case because the perpetrators are Hindus.”

Not only has no government official reached out to the deceased families, they claimed to have been threatened by the police if they enquired too much about progress in the case. “The police said that they will lock me up as well,” said Ashin Mohammed. At Nasirul Haque’s house in Kutipara, the family members alleged that the police had been bribed to brush the case aside.

Nasirul Haque’s mother works in the tea gardens. “After his death, I have not been able to pick one tea leaf.” 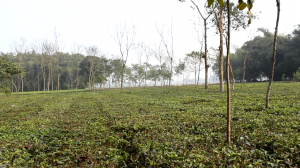 Haque’s wife had just delivered a baby, who is two months old. There were posters of children in front of the rooms. The cradle inside the house was empty. 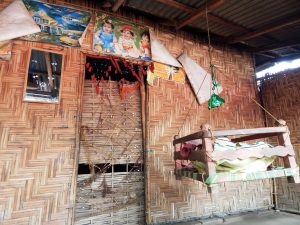