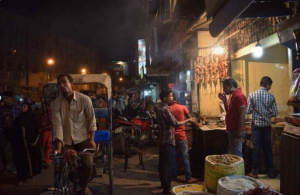 A procession of Dalits was attacked by a group of upper caste men in Bhima-Koregaon, Maharashtra. In UP’s Muzaffarnagar, a Dalit was beaten and forced to chant "Jai Sri Ram". On any given day, a few news anchors reveal a new geographical setting, where a Dalit has been subjected to violence, threat or abuse. Many a time, such incidents are filmed by the abusers and circulated over social media, which becomes the news later. In the diverse Indian society, crime against the marginalised and vulnerable section is also diverse in nature: from burning of houses to parading naked to mob lynching and rape, every humiliation faced by the oppressed section is heart-wrenching. The majoritarian ire is faced by the Dalits, adivasis, and religious minorities, who feel annihilated in India.

Though crime against the scheduled castes and religious minorities are not new and has a trail of torture and genocide, the recent trend in the atmosphere of intolerance is engineered by the fringe groups, supported by the political party in majority in the union government. An elderly Dalit was thrashed and burnt alive for entering a temple in Uttar Pradesh, one of the most communally sensitive states in India. A mob burnt two Dalit kids in a village next to the national capital city in Haryana; in Hisar, a Dalit man and his daughter were forced to eat cow dung.

The term “Dalit” – the most oppressed, tortured and ill-treated people in the Indian subcontinent – literally denotes “broken to pieces”, a term coined by the great Dalit visionary, Jyotiba Phule. Moreover, the Indian caste system, called as varnas, refers to Dalits as impure and untouchable. Tracing events from the mythology to the present, violence against Dalits and the subjugation of their rights by the upper-caste have pushed Dalits to the margins.

In a nation where Dalits have been constantly forced to choose certain menial professions, to dwell in demarcated neighbourhoods and celebrate festivals of the upper-caste can be expected to be socially and economically most backward, segregated from the mainstream of the society. In today’s India, Dalits find themselves not just at the lower strata of the caste system but also at the lowest position among the classes, engaged as peasants, share-croppers, and agricultural labourers, constituting the workforce of a rural economy and engaged as labourers in urban economy.

The study of spatial planning suggests that the areas demarcated as Dalit basti in rural areas transformed into slums and ghettos in the urban morphology. Some cite the slums and ghettos as issues related to affordability and connectivity to the workplace. However, pushing a certain gentrified population to dwell in an inhuman condition has been continuing since ages. Branded as illegal inhabitants, unauthorized dwellers, slums are seen as an eyesore to the upper caste urban mind set and hence removed in the name of accidental fire, polluting agents, and encroachers.

We must acknowledge the fact that identity-based discrimination is a reality in this scientifically advanced, twenty-first century globalised society. While studying the rural settlements, we got to know that there were areas in villages, which were demarcated for people with certain professions and caste. This identity-based spatial crisis was well understood by Ambedkar. That’s why in his writings, he appealed to the Dalits to move to urban areas in order to be the part of the mainstream of the society and to overcome the subjugation they faced by the upper castes in rural areas.

On the other hand, if we study the urban areas, industrialisation and urbanisation created voids of opportunities to be filled by the people from rural areas. So, migration happened at a large scale and people from different backgrounds came to the urban areas in search of employment opportunities. Affordability and cultural affinity both played a decisive role in migrants’ choice of places to reside. Affordability led to the formation of slums, squatters, and sub-graded dwellings, segregated livings and gated communities; cultural affinity made way for ghettoized residential settings as part of the urban morphology. In urban areas, class more than caste played an important role in distinguishing humans on monetary grounds.

The real estate sector is largely affected by identity-based discrimination. Apart from aspects like cultural affinity and a sense of security, the targeted population is forced to dwell in certain localities because of discrimination on the basis of religion. Discrimination fuels fanaticism as the discriminated mass is forced to restrict their movement to a particular geographical setting, resulting in alienation.

To understand identity-based discrimination in urban areas, we may observe the unfolding developments in Okhla, a Muslim dominated residential area in Delhi. It’s an overcrowded space with choked streets and bazaars, with conditions which are inhabitable as well as inhuman. Discrimination here can be traced in terms of lack of basic services and provisions in government-run facilities. Education, health, and sanitation are basic necessities which are required for the survival of humans anywhere. Such basic services are absent in this ghetto because the authorities use the term "unauthorised" for such a compact human habitat. The place, thus, feels trapped in the politics of regularisation and even today waits for basic amenities to reach each household of the Delhi’s largest Muslim ghetto.

When the Delhi government doesn’t administer it properly, it grows like a cancer. High population density sitting on over-pressurised infrastructural services, dwelling in substandard architectural features, encroachment, haphazard and unplanned developments make Okhla a blot on the utopian smart city concept. Water supply, sewage, drainage, parking, transportation, housing, waste management, ventilation and environment, ground conditions here inevitably suggest discrimination from the governing authorities. A drastic change in the urban morphology can be experienced while entering this area from the New Friends Colony, a high-end residential setting. Even the basic amenities dictated by the Delhi Master Plan and the numbers to achieve a better living condition seem to be completely missing from map of this ghetto. Whatever exists is too meagre for such a huge human habitation.

A compact built environment where the traces of infrastructural services can’t be found, shanty homes, open defecation, open unchecked drains are some of the features of the most marginalized dwelling areas. Unfit living conditions affect the most vulnerable – women and children – in that setting, resulting in high rates of illness, diseases, and health issues. And the decision makers consider them as a pressure on the existing basic urban services.

Going back to the rural settlements, identity-based discrimination is more evident in rural areas, where caste plays a dominant role in placing the outcasts. Outcasts are kept away from the basic services shared by the inhabitants of the upper castes. Upper castes enjoy the privilege of being the usurpers and rulers of the demarcated rural land. In any rural setting, discrimination on the basis of gender, caste, and religion sometimes makes news headlines in the glitzy newsrooms of Delhi. Even the laws about equality for all and the prohibition of discrimination framed in Delhi can’t bring much change in places far away from Delhi. Even the present political scenario in rural areas reveals that identity-based discrimination happens even in the political spheres. Moreover, gender inequality has stigmatized the rural women, including the women of the outcasts.

The way the British once treated enslaved Indians, the same way the upper-caste people treat people from the lower castes. There are areas defined in rural settings meant for the upper castes only. Along with the demarcation of areas, services to support any human settlement are also divided along caste lines, which keeps the lower castes away from the services meant to be utilised by the upper castes. Recently, two Dalit women were beaten, thrashed, and paraded naked just for taking water from the tap of upper caste area.

In the book, Gujarat Files, it is written that even the lower caste officers of the higher ranks in the administration are not allowed to dwell in areas, which belongs to upper castes in their villages, despite being in the good books of the then Gujarat government. There have been incidents of Dalits being beaten during marriage processions by the upper caste in the village for riding a horse. And the irony is that these incidents of caste-based discrimination from rural India fail to incite the fury of the liberal class in Delhi.

Identity-based discrimination in rural areas are caste centric, whereas in urban areas it is pivoted largely to class. In a country where around seventy percentage of its land is under rural jurisdiction, caste and religion play a dominant role in subjugating humans.