old post
Why Bhima Koregaon is Important for the OBCs Too
January 19, 2018 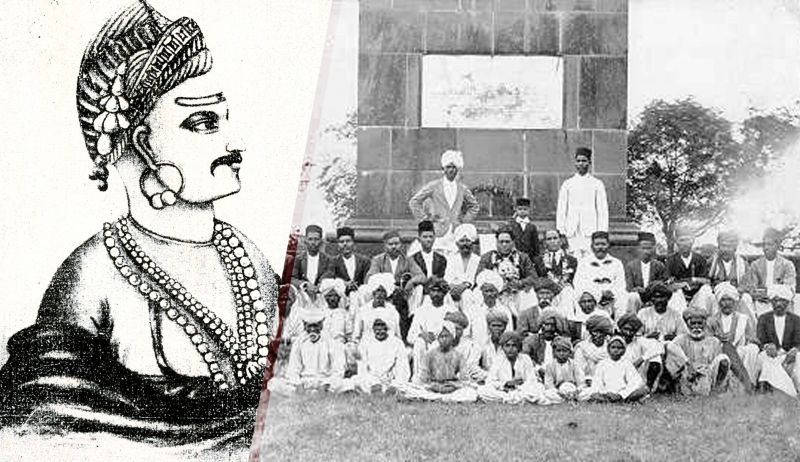 Five years ago, when I heard of the Bhima-Koregaon celebrations for the first time, I did not feel any personal connection with its history. Gradually, as my understanding of the Ambedkarite movement developed, I realised the importance of this battle for people for my caste location, i.e., a Mali Shudra.

The Battle is primarily remembered as marking the defeat of the Peshwas at the hands of the British, a historic defeat considering that a mere 900 company soldiers fended off an attack by the 20,000-strong Peshwa army, on 1st Jan 1818. But there is more to it; many people have pointed out that the British company also consisted of Shudra and Ati-shudras, and also included the Marathas (a Kshatriya caste). The most significant point that is made, though, is that it primarily consisted of the Mahars, and that it was the Mahars who defeated the Peshwas. More significantly, for the Mahars, it came to be seen as a victory against the brahmin Peshwa-led Maratha Empire

Today, this moment in history is commemorated every year by holding celebrations at the Koregaon Ranstambh, a victory tower commissioned by the British in memory of those who fought in the Bhima Koregaon battle.  The celebrations are also attended by Buddhist monks, seeing as how a significant segment of the Mahar population converted to Buddhism.

During the Peshwa period, brahmanism was at its peak. Phule’s writings talk in detail about the rigid caste practices of the Peshwa rulers. In 1855, Mukta Salave, a 15-year-old girl from the untouchable Mang caste, who attended the first native school for girls in Pune, wrote an informative piece about the atrocities faced by her caste. She wrote, “Under Bajirao’s rule, if any mang or mahar happened to pass by the gymnasium, they would cut off his head and play ‘bat and ball,’ with their swords as bats and his head as a ball on the grounds".1

Under the brahmanical system, the condition of the Shudras was also abysmal. Ambedkar also wrote about how Shudras were treated as slaves in Hinduism for thousands of years, “Lower classes of Hindus have been completely prevented from taking any direct action on account of this wretched system of Chaturvarnya. They could not bear arms and, without arms, they could not rebel. They were all ploughmen, or rather, they were condemned to be ploughmen and they were prevented from converting their plough shares into swords. They had no bayonets, and therefore, everyone who chose ploughs did sit upon them. According to the Chaturvarnya, they could receive no education. They could not plan or know the way to their salvation. They were condemned to be lowly and, not knowing the way of escape and not having the means of escape, they became reconciled to eternal servitudes, which they accepted as their inescapable fate".2

It was during this period that the social revolutionary, Jyotirao Phule, became one of the leaders of the anti-caste struggle. He was inspired to become a part of the movement as a result of his personal experience of caste discrimination. In his youth, Jyotirao, who was a Shudra, was brutally rebuked by brahmins when he tried to attend the marriage procession of his brahmin friend.

The defeat of Peshwas at the hands of the Mahars took the fight against brahmanism to the next level. With the advent of the modern era, it created a space for the upliftment of those considered “lower castes” and “untouchables.” In this context, the defeat of the feudal and brahmanical Peshwas was essential. While there are several occasions in history when Brahmin authorities were defeated by anti-caste movements and leaders, I consider Bhima Koregaon one of the most important incidents in the history of the anti-caste movement.

The British provided open access to schools for everyone, which, earlier, were only available to a privileged few castes because of the laws in Manusmriti. After thousands of years of oppression under the caste system, Shudra and Ati-shudras, for the first time, got an opportunity to enrol in the schools. This newly open education system produced many anti-caste stalwarts like Phule and Ambedkar. The movement led by these leaders brought socio-political revolution in this country.

When seen in this context, it becomes clear why it is important to celebrate the battle of Bhima Koregaon, not only for the dalits but also for the Shudras or Other Backward Castes (OBCs). Unfortunately, at present, it is mainly the neo-Buddhist Mahars who have been carrying this legacy forward and their celebration of Bhima Koregaon memorial has emerged as one of the foremost counters to brahmanism. While a small section of Shudras or OBC’s have started embracing Buddhism, a large section still stays aloof from this great legacy.

Today, brahminical and fascist government is in power at the Centre, and in a significant number of states as well. They are crushing the rights of OBC’s and dalits on a daily basis. But the dalits have also put up a stiff resistance to the moves of these brahmanical forces; from Rohith Vemula in Hyderabad, to Una, to Bhima-Koregaon. I hope that the dalit-Bahujan community will stand together against these Neo-Peshwai forces. The Battle of Bhima Koregaon shall serve as a reminder of our victory in the past, inspiring us to fight back against the neo-Hindutva forces in the present.