old post
Ray of Hope in the Legal Battle for the Queer Movement in India
January 10, 2018 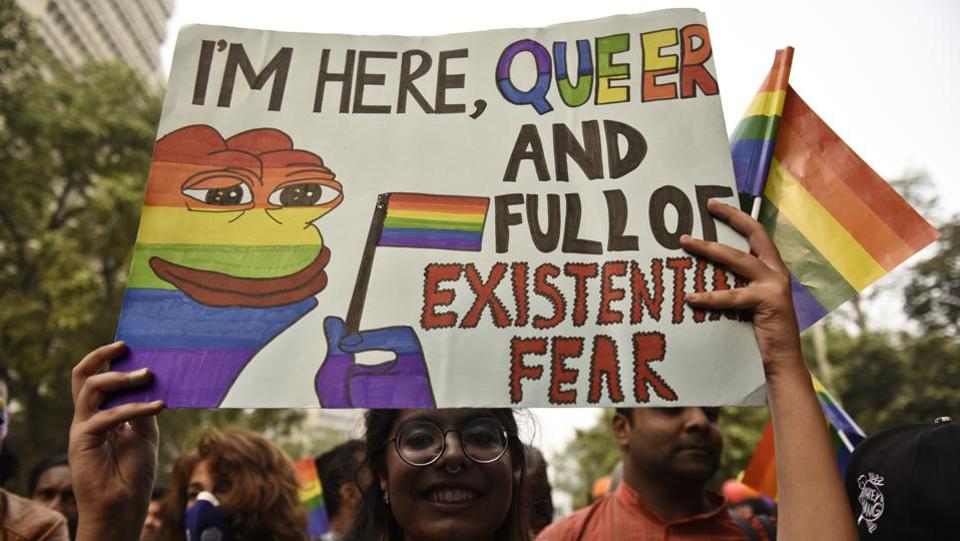 Section 377 of Indian Penal Code is a draconian law that criminalises any form of sexuality that is not procreative. In an infamous judgement, the Supreme Court of India upheld the law as constitutional, on 11 December 2013. A report in The Indian Express says, “A three-judge bench headed by CJI Dipak Misra on 8 January 2018 said the Supreme Court would re-examine the Constitutional validity of Section 377.”

The queer movement in India has been fighting this legal battle since 2001. In a landmark judgement delivered in 2009, the Delhi High Court had ruled, “Section 377 IPC, insofar as it criminalises consensual sexual acts of adults in private, is violative of Articles 21, 14 and 15 of the Constitution”. It  had read down the law. This historic judgment was celebrated by the queer community at large. The Union of India, too, had accepted this judgement.

It was, however, soon challenged in the Supreme Court by  the Delhi Commission for Protection of Child Rights, the All-India Muslim Personal Law Board, and the Apostolic Churches Alliance, most of those  were not the petitioners in the High Court. They had argued that homosexuality is against the religious beliefs and “Indian culture”; and also argued that the reading down of the law will be harmful for the victims of child sexual abuse.

Queer activists, lawyers, and the members of the community who were involved in the case both directly and indirectly, were hopeful that the Supreme Court too would read down the law. On the contrary, the apex court, overturned the Delhi High Court judgement, upheld the section 377 of IPC. In effect, it criminalised homosexuality.

Amritananda Chakravorty, a lawyer, speaking to this writer, noted that, the Supreme Court judgment was legally incorrect and had not even considered the two important legislative developments in the country by then. The first was the Protection of Children from Sexual Offences Act (POCSO), 2012, and the Criminal Law (Amendment) Act in 2013. Both these laws sought to criminalise child sexual abuse and non-consensual penile non-vaginal sexual acts between men and women, thereby making Section 377 redundant and only applicable against homosexual men. Without considering any of these developments, the apex court ruled that the consensual penile non-vaginal sex between two adults is a crime.

Meanwhile, in another historic judgement, the Supreme Court, in the case of National Legal Services Authority v. Union of India, granted legal recognition to self-identified gender of transgender persons in India, i.e., one had a fundamental right to identify in their preferred gender, either as male, female or transgender. This came out on 15 April 2014. The judgment furthered the fundamental rights and equality of a transgender person. This judgement categorically said that no one can be discriminated based on their sexual orientation. This, of course, stands in contradiction to the 2013 judgement, which criminalises non-procreative sex.

There, anyhow, is a fundamental difference between these two cases. Chakravorty explains that the subject of the case of Suresh Kumar Koushal and another v. NAZ foundation and others was to read down the law that existed, i.e. Section 377 of IPC. The Supreme Court did not do that but upheld the law. On the other hand, the case of National Legal Services Authority (NALSA) v. Union of India was to demand legal recognition for transgender identity, in the absence of a law to that effect. In this case the apex court  gave several directions to the Central Government and the State Governments for the protection of rights of transgender persons, including granting legal recognition to their gender identity.

Eight curative  petitions, which had been filed challenging the 2013 judgement of the Supreme Court, have been pending. Besides these curative petitions, two writ petitions under Article 32 of the Constitution have been filed challenging the validity of Section 377 in Supreme Court; one of the petitions was filed by the transgender community, referring to the paradox that the transgender community had to deal with. Let me explain. The NALSA judgment guarantees rights of a transgender person but Section 377, which was upheld in the same court, criminalises the sexuality of the transgender person. In the latest development, the Supreme Court has decided to revisit its Judgment on 11 December 2013, yesterday. According to Amritananda Chakravorty, the Right to Privacy judgment of the Supreme Court in 2017 has opened this avenue up. The Judgment had ruled that the privacy and protection of sexual orientation lie at the core of the fundamental rights under Article 14, 15 and 21.

This, as Chakravorty says, is the “beginning of the battle and not an end”. According to her, this legal battle would make the judiciary, and legal system more open and accessible for the members of the queer community. She further explains, "As a lawyer, we get to see the fear that Section 377 causes among people across class and positions, especially with rampant rise in cases of extortion and violence. Hence, the legal battle is critical for the queer movement in India."

Homophobic attacks on individuals, abuse and harassment in work places and in public places; as well as abuse by the family and the kin, are not reported. Even if they are reported, the presence of section 377 of IPC complicates the legal procedures as well as puts the victims themselves at risk of criminal prosecution The writer is hopeful that a reading down of this oppressive law would put a legal system in place to check the violence and hate crimes that the members of the queer community are subjected to.