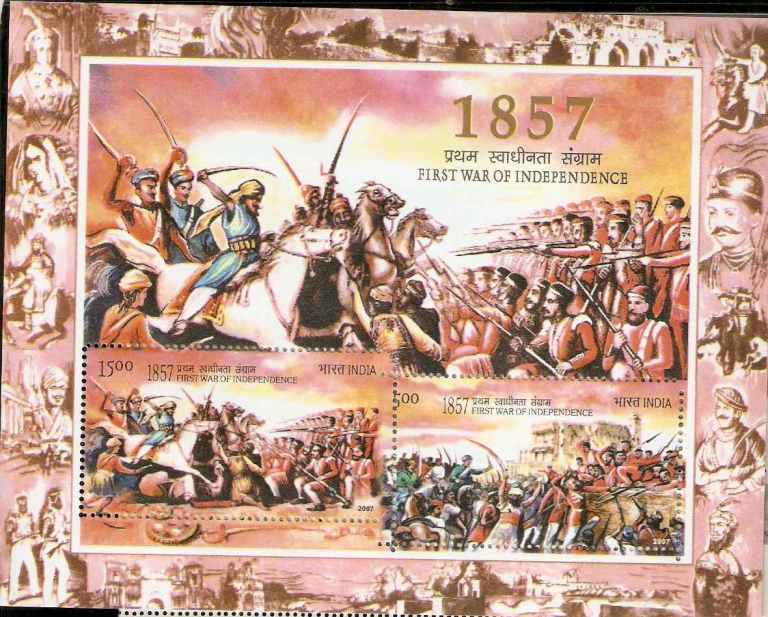 Delhi as the Capital of India and touted as the heart of India, in fact, is a heartless city. There is endless list of shameful incidents to corroborate this character of the city. This list keeps on expanding at fast rate. The latest is the news that Cyrus,  the last surviving ‘prince’ of the Oudh (Awadh)dynasty which ruled vast territories later known as United Province and played heroic role in India’s War of Independence of 1857 died due to hunger and related issues in the vicinity of the houses of the Delhi elite including Indian rulers, diplomats, businessmen and authors.

According to press reports “the last prince of Awadh, who lived in abject penury, was found dead on September 2 (2017) in Delhi’s ‘Malcha Mahal’, a Tughlak-era hunting lodge, tucked deep inside a patch of forest, overrun by moss and disrepair”. Shockingly, the news of the death was broken by a section of the media over two months after a team of police officers found him lying motionless inside the derelict 14th century structure on last September 2.

Ali Raza popularly known as Cyrus and his sister Sakina came to Delhi with his mother, Begum Wilayat Mahal in 1970s. Begum was fighting a long battle with the Uttar Pradesh government for return of their ancestral property in Lucknowand demanding recognition for the sacrifices made by her family during the 1857 War of Independence described as Sepoy Mutiny by the British.With no solution of the problem at Lucknow Begum started camping in a first class waiting room of the New Delhi Railway Station after arriving in Delhi. However, in 1985 she was allotted ‘Malcha Mahal’ and a paltry monthly allowance of Rs 500 in exchange. Since then family had been staying there.

The family chose a life of isolation and rarely interacted with outsiders despite staying in the vicinity of elite of the city which included rulers of India, industrialists, diplomats, authors and administrators. The 700-year-old dilapidated ‘Malcha Mahal’ had no electricity, no doors, no windows and no water.

In an interview to The Indian Express in 1997, the Prince had spoken of his sister’s deep distress since their mother died, and her obsession with committing suicide. “My sister is in deep distress and since the Begum died, (she) has been wearing black. She has not combed her hair even once.” Sakina died few months ago. At the time, their mother’s ashes were being kept in a crystal vial in the middle of the large room.According to the Prince, his mother had died by consuming crushed diamonds, extracted from ornaments she never wore in 1993.

He was often seen pouring water in the blue ceramic tea set displayed on a broken table. As per the local police version the prince would wander near the forested areas in Chanakyapuri and, for the past two-three days, there was no movement which was suspicious. Police later found that he was lying dead on the floor inside his house. He was taken to a nearby government hospital (RML) for his post-mortem, where no external injuries were found on his body. There were some contact numbers found from the spot but none of them could be reached. After the mandatory wait of 72 hours when no one came to claim the body the body was handed over to Delhi Waqf Boardwhich organized his burial at Delhi gate Cemetery on September 5.

Thus died the last Prince of Oudh Dynastypopularly known as Cyrus. Ironically, Cyrus (600-530 BC) was the founder of one of the greatest empires in the world history, the Achaemenid Empire. Cyrus was described as King of Persia and King of the Four Corners of the World. This Cyrus of the former Oudh ruling dynasty died a pauper.

Presently, there are no details available about Begum Wilayat Mahal’s connections with the great Begum Hazrat Mahal and her son Brijis Qadr who played prominent role in leading the 1857 War of Independence against the East India Company rule. Begum Hazrat Mahal carried on the armed struggle till 1860. She did not surrender and took asylum in Nepal where she died in 1879. However, it is true that Begum Wilayat Mahal demanded compensation from Independent India’s government for being member of a family of rebels and her claim was not rejected.

The story of Begum Wilayat Mahal and her children who hailed from family of rebels of 1857 armed struggle dying as paupers is not an isolated incident. There are thousands of such stories which no historian has bothered to chronicle. It is no more part of Indian nation’s narrative.

The saddest part is that neither on the eve of Independence nor while commemorating the centenary of this event in 1956-57, the Indian State bothered about the injustice done to the families who lost everything in this great struggle. The free India’s government should have announced the compensation for kin and families of martyrs and restored to them properties/wealth confiscated by the British for ‘crime’ of joining ‘Mutiny’. It should have been the first order.

It did not happen but a more criminal practice was allowed to continue. Those stooges who helped the British in suppressing the ‘Mutiny’ like rulers of Gwalior, Hyderabad, Bhopal, Rampur, Kashmir, Patiala, Pataudi, Nabha and many more were allowed to retain their own properties. Not only this, these anti-nationals were allowed to continue to possess properties of the rebels which were confiscated by the British and awarded to these princes as rewards. Sadly, if on the one hand India witnessed children/kin of the freedom fighters living a pathetic lifeand dying like the family of Begum Wilayat Mahal, on the other hand we saw the shocking spectacle of the family members of the stooges enjoying power as chief ministers, ministers, Governors in an independent India. Even the residences of Bahadur Shah (Red Fort etc.), Rani Laxmi Bai (Jhansi fort), Begum Hazrat Hazrat Mahal (Lucknow Residency), to cite few examples out of thousands, were not restored. All these became national properties. Zafar’s family ended as being beggars in Burma. But the stooge princes were allowed to own their estates convert many of these into money minting resorts.

Thus the stooges ruled during the British times and continue to rule the Independent India. And the kin of those who sacrificed everything for freedom continue live as paupers. BHARAT MAATAA KEE JAI!

First published in Counter Currents.
Shamsul Islam is a retired Professor of University of Delhi.