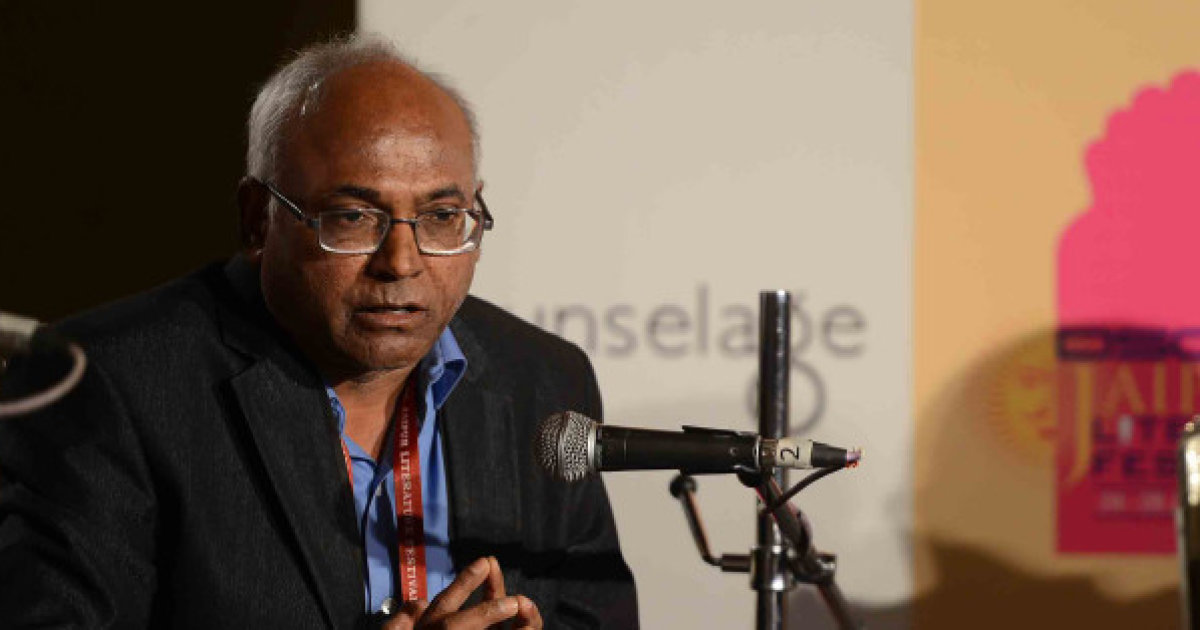 Dr Kancha Ilaiah Shepherd whose book Smajika Smugglerlu: Komatollu angered the Hindutva forces posted threatening posters in front of his house. According to Dr Kancha Ilaiah these posters which appeared on 4th November night is a warning to attack or kill him. He has filed a complaint to The Station House Officer, Osmania University, Hyderabad. Here is the full text of his complaint to SHO.

Sub: Book a Case against the Posters pasted in Streets against me – Req – Reg

You are aware that the forces that have been attacking me for the last two month after the Arya-Vysya leaders namely TG Venkatesh, Ramakrishna and Ramana threatened me and I filed several complaints against them in this very police station. Suddenly, on 4th November, 2017 night posters appeared all along the Street No. 1 of Taranaka and also on the walls of my apartment and opposite to it. The posters read in Telugu “Agnani, Moorkhudaina Ilaiahnu Kshamiddam Hindu Dharmanni Rakshinchukundam, Jai Sriram (Let us excuse foolish (and also idiot) Ilaiah and protect Hinduism, Jaisriram). I know when they say “Skamiddam” it means the opposite (it could be attack or kill). When they use the slogan Jaisriram it has a serious threatening connotations.

If they were to say Jai Srikrishna, that would have connoted peace and love. In the whole country, the Yadava community (to which I am a part of) uses Jai Srikrishna as God of animal grazing and production, but not as war hero. My community is the one which grazes sheep, goat, buffaloes and cows. In this context Jai Sriram has a dangerous warning signal to me.

Apart from this the BJP MLC Mr. Ramchander Rao, who lives in the same area has been attacking me in many meetings and saying that “Hindus will teach him a lesson”, what does that mean? It is a known fact that Mr.Ramchnder Rao was involved in Rohith Venmula suicide abuttal case. The BJP spokes person Krishna Sagar Rao has also been using very abusive language even on the TV channels against me. So in my view there is a nexus between TG Venkatesh and these forces, hence, this poster issue has to be seriously investigated and case must be booked on the abutters and planners not just those who pasted them.