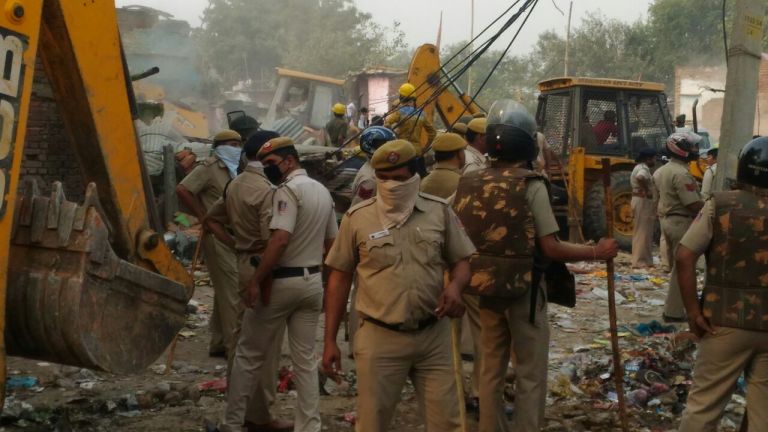 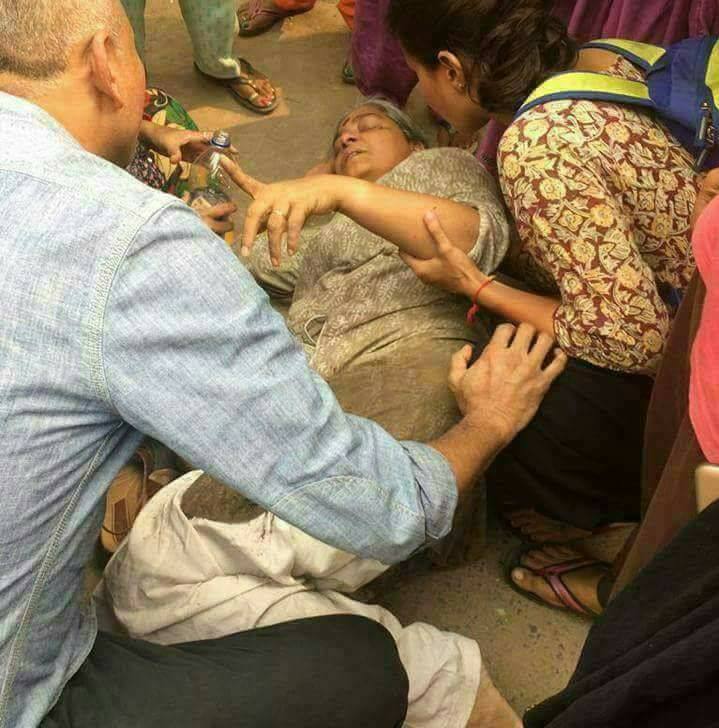 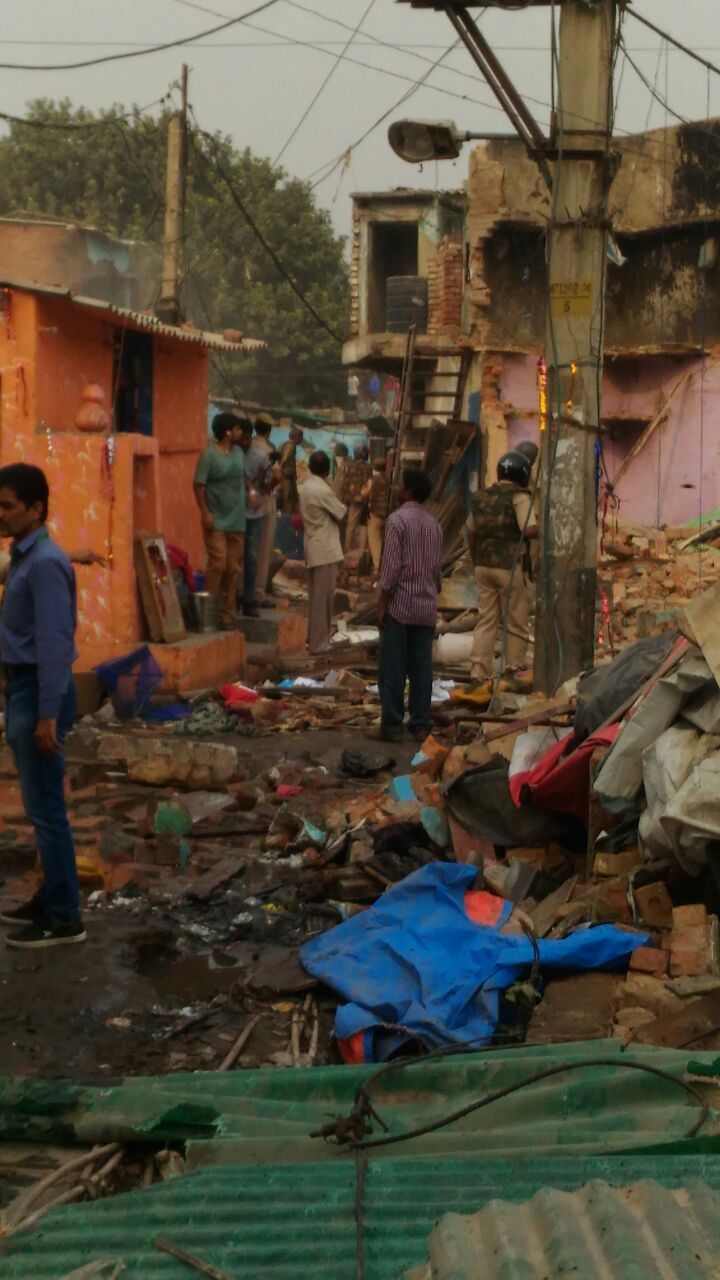 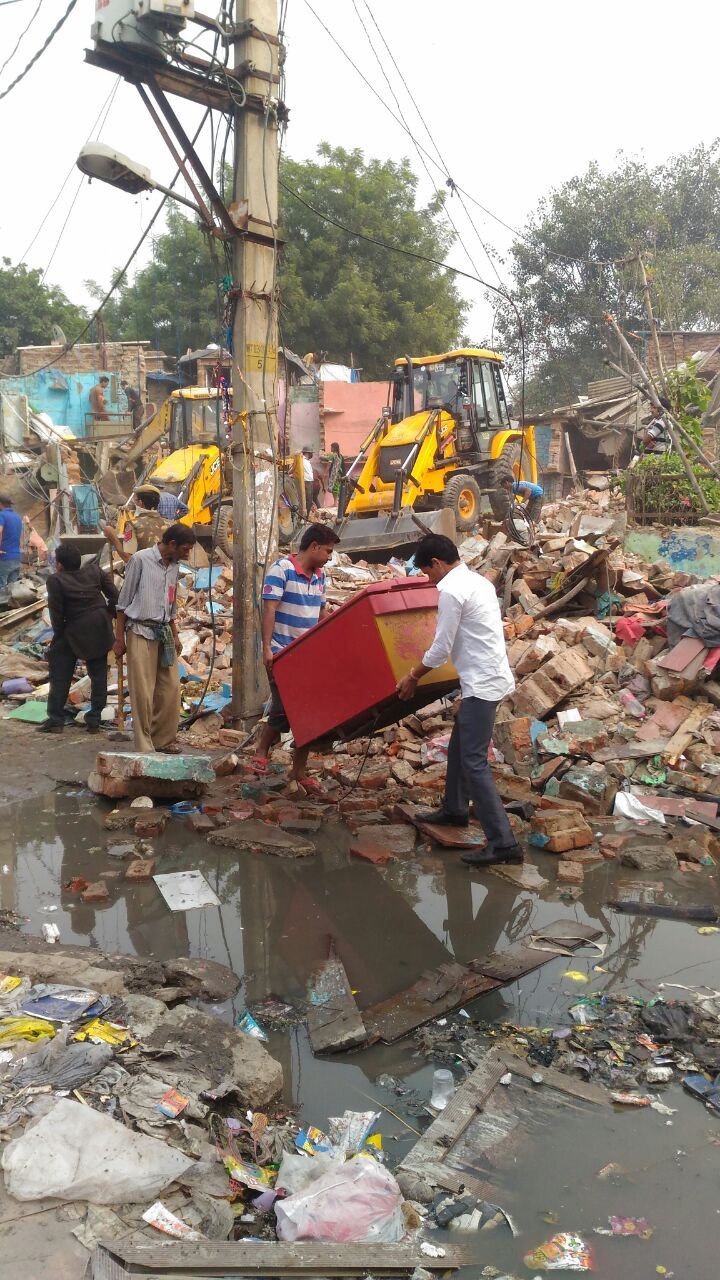 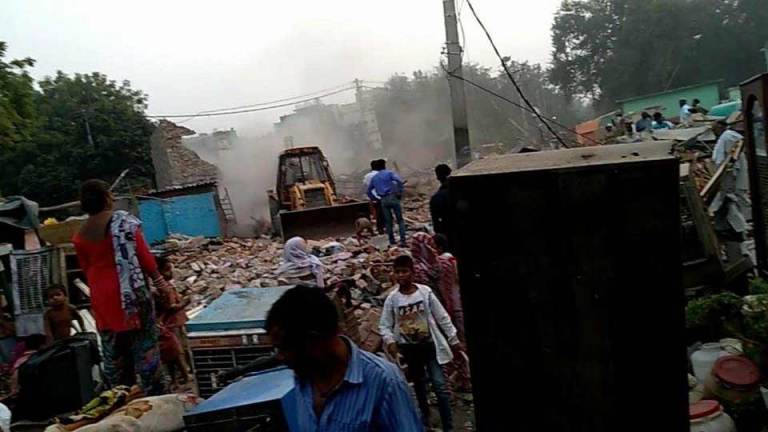 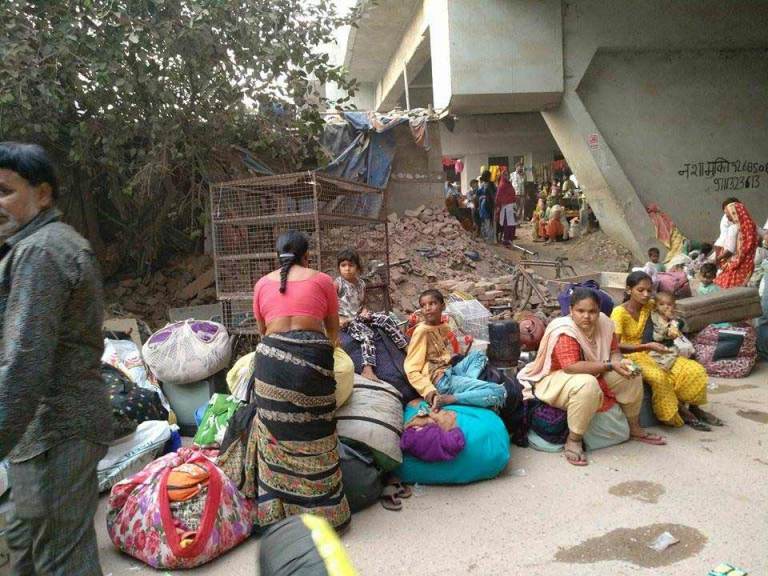 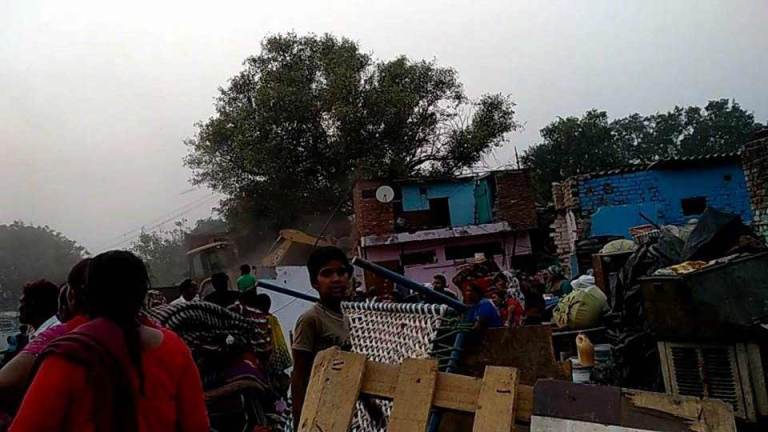 In the heart of the country’s capital, DDA and police forces murdered democracy; forcibly demolished houses and beaten up people in Kathputli Colony. National Federation of Indian Women’s Annie Raja got gravely injured and is currently admitted in RML hospital. Women and youths were lathi charged mercilessly by DDA and Police officials, while residents scrambled to save their belongings from the demolition drive.

On, the residents of Kathputli Colony in Shadipur were faced with a sudden demolition drive led by the DDA and the Delhi police force, who were present in large numbers. The demolition drive started in the morning and people were given no time as the bulldozers destroyed the homes of more than hundreds of families. In the face-off between the police and the protesting residents, the former used tear gas and brutal physical force to empty the houses. Young men and children were dragged to the police station while women faced heavy blows from lathis along with physical abuse at the hands of the female constables. Residents were left with no time to pack their belongings as their houses were broken down with all their belongings in them.

Around the same time, the General Secretary of National Federation of Indian Women, Annie Raja reached the spot and joined the residents in protesting against the brutality of the demolition. She was met with violence, police and DDA officials lathicharged her and dragged her away from the spot while she was gravely injured. What is even more horrifying, is that the ambulance that had been called for her, was not allowed to reach her in time. She was left on the side of the road without any assistance from the police for over an hour. She had to be escorted to RML hospital with the help of an autorickshaw in a state where she was unable to walk.

Even last year, DDA tried to initiate the demolition drive in the month of December, but the residents had made it clear that they had not been informed about the project nor did they support it. Without any evidence of the resident families having been part of any of the consent processes for the project and the project planning, DDA had to backtrack after a long protest from residents of Kathputli Colony. Some of the residents represented the colony and met with the Lieutenant Governor of Delhi, they even filed letters of complaints against the DDA but to no avail. They were given false promises and were not taken seriously. In the last directive by the LG, another round of surveys was ordered and it was stressed that every family that has lived there since before 2015 were to be included in the final list. However, in reality, only a few hundreds of families were surveyed and like every time, without any call for objections, warning or notice, the police force came ready with water cannons and tear gas to demolish the colony and evict the residents.

Kathputli Colony is renowned for award winning artists who are famous for their art within and outside India. People of different communities from across the country live here collectively. Amidst this the DDA, which is hand in glove with Raheja Builders, has collectively decided without the consent of residents of Kathputli Colony to ‘develop’ the colony and its people. However, this so-called development is now getting proved to be destructive for them, the officials and the builders are now wrecking havoc on the people who have lived there for decades.

Delhi Solidarity Group and National Alliance of People’s Movements are appalled at the violence and the injustice that is being meted out so openly to the people of the colony, and demanding the forced evictions to be stopped immediately. This undemocratic and inhuman form of development cannot be imposed on the people of India.