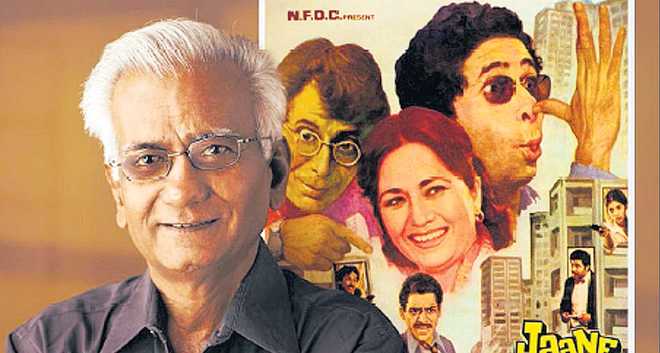 The so-called film fraternity of Mumbai and the state administration can breathe easy as one of the brigands of that Award Wapasi has been laid to rest for some time now. Kundan Shah would not have missed the irony in Narendra Modi’s sincere condolence message on Twitter:

Anguished by the passing away of Shri Kundan Shah. He will be remembered for his wonderful usage of humour and satire to showcase the life & struggles of common citizens. My thoughts are with his family & admirers. May his soul rest in peace: PM @narendramodi

His incisive observations about the struggles of common people and minorities did not humour Modi’s government when he returned his National Award, received for the film Jaane Bhi Do Yaaron in 2015, protesting the growing intolerance in the country. Soon, he was branded as an opportunist who did not speak up in 1984. Kundan Shah responded, “Let's agree that it was a mistake (to not speak up in 1984). Does that mean I should commit the same mistake today?” Shah may have well responded in desperation, at a time when those politically opposed to the government were, and still are, called “anti-nationals”.

Even though some like to claim that he was silent against the Congress government, they truth of the matter is that one of his serials, called Police Station, was banned by Doordarshan. They labelled the serial “Incindiary”. His first film, Jaane Bhi Do Yaroon, too, was a scathing commentary on the corruption that continues to exist, through which the poorest of the poor are wrung dry by those at the top.

The Bombay film industry, and its commercial structure, however, were successful in distorting the significant ideas that he had to offer. Producers and distributors forced him to make changes in his films, relegating them to an everyday Bollywood mediocrity. The Hindi film Industry does not, and did not need him. Beyond the tweets, nobody is going to miss his presence, as it was hardly ever acknowledged while he was alive. Shah, however, was a man of cinema, with an encyclopedic knowledge of both Indian and world cinema, which he would freely share with his students, especially when he would come to teach at at the FIlm and Television Institute of India, his alma mater.

It is the same film institute where he suffered his first heart attack; where he came often to extend his support to students who were on strike against questionable appointments to its apex body in 2015. He saw value in the two hundred odd students or so, who were standing up against a government that tried, and indeed weakened, many such central government universities by appointing their chosen cronies. What he believed was it did not matter if they students won or lost; what mattered was that they registered a strong protest.

One can also see this principle in his work. His cinema was guided by the belief that art forms are political in nature. This is what made him unpopular in the Mumbai film industry. Jaane Bhi Do Yaroon came at a time when governments allowed some criticism. Sadly, Shah left us during a time when that space too has gone.

Statements of filmmakers who have returned their National Awards

In Defence of Our Present: On Giving Up the National Awards