old post
The Secular Roots of Dance in India
October 16, 2017 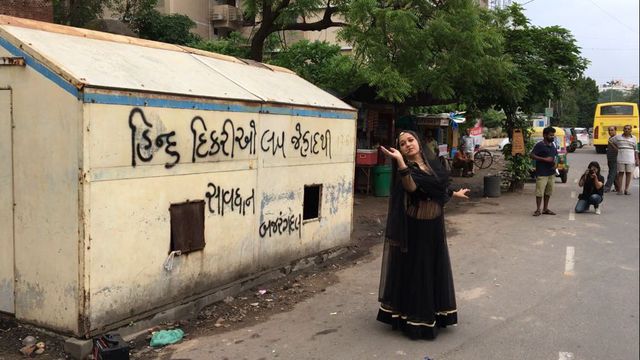 Culture is defined as a people’s way of life. In the words of Mahatma Gandhi “A nation’s culture resides in the heart and in the soul of its people”.

India is the one land that all men desire to see and having seen once, would not share that glimpse with the globe at large. There is immense variety in Indian culture but India also shows Unity in Diversity where people of different sects, caste and religion live together.

Indian classical dance is of equal value speaking in terms of religion and secularism. But first, let’s understand the term “Secular” particularly in the Indian context. Secularism means equal treatment of all religions by the state. With the 42nd Amendment of the Constitution of India enacted in 1976, the prolegomenon to the Constitution declared India a secular nation.

In India, though the glaring contradiction between the religious and secular does not exist politically or culturally, the dancers and gurus have always tried to amalgamate the secular factor through this cult, so that the two can happily co exist. Indian classical dance is both religious and secular.

In the words of Douglas M. Knight Jr. on his biography on the legendary dancer Balasaraswati, he writes, “Dancing spiritual compositions of love had the same quality as dancing more secular compositions that make no reference to the divine. Indian classical dance doesn't require making a choice between the religious and secular. It can be both. Then, this apparent conflict must arise in the minds only of those who either fail to grasp what secularism means or fail to recognize the magnitude of what Indian classical dance is capable of”

There is a very beguiling aspect pointed by V. Soumyasri, an exponent of Bharata Natyam and Kuchipudi. As all dancers begin with the Namaskar, and she too started her class with the stretching of the body, breathing and yoga exercises and the traditional Namaskar when she suddenly noticed a woman standing at a corner doing nothing but watching. Later, when she was about to leave, an elderly lady came forward and introduced that woman as Shabnam who wanted to be a part of the cult but could not without the permission of her husband. She was equally worried if her husband would agree as the dance was only meant for Hindus. Soumaysri was left bewildered when the elderly lady questioned: Was this dance only for Hindu? Is it a Puja? Will it offend Shabnam’s husband? She thought how many more Shabnam’s are out here in India. She was left with no answer. In this era of proliferation why are we so Orthodox, it shouldn’t be confined to Hindus only – anyone can dance, a Muslim, a Parsi, a Christian, a Sikh, that’s where classical dancers focus, though it remains a mystery why Indians are still struggling to respect the cult whereas a Japanese artist Masaka Ono performed Odissi in Delhi.

Arts and entertainment, particularly dance, has shaped secularism through a concoction of several religious framework – Yes it’s a fact the motifs borrowed had Vedic roots pertaining to Hinduism but successively with the birth of Jainism, Buddhism, Sikhism, Islam, it expanded. Kathak has two pointers – Hindu and Muslim. Though the costumes vary to a certain extent, the head, neck, feet, eye gestures remain same. When any dancer, not only a kathakar, enters the stage, the first step to begin the performance is a Salami or Namaskar and this is irrespective of any religion or dance form. All the eight classical dance forms have to begin with a salami which itself is an example of religious conglomeration. So, all the eight forms of classical dance bear the same eye, neck, chest, pelvis, and feet gesture. This is a proof of religious amalgamation to preach secularism, not to forget the contributions of folk dances from several parts of India — Central, East, West, North, and South. Any dance recital is conducted in a religious context, represents religious intentions, religious themes, symbols, stories, narratives but it embraces all religions — Radha/Krishna, Shiva/Paravti, Rudrama, Shouryabhaga, Anarkali/Salim, Jodhabai/Akbar, stories from the Arabian Nights, Mirabai, Shahjahan/ Mumtaz, Noorjahan, Draupadi, tandava, lasya rasa.

Mallika Sarabhai, an ambidextrous personality, a noted exponent of Bharatnatyam and Kuchipudi, has immensely contributed for socio-development projects and later turned a social activist to promote secularism in India through dance, acting, writing and publishing. She condemned the act of certain Hindu communal elements as soon as she heard the news of scorching 58 karsevaks at Godhra which gyrated a massacre on innocent Muslims, burning women and Children, chopping them in pieces, raping girls, women and widows, she stated there was a complete chaos of law and order.

During the 1990s, Odissi and Bharatnatyam exponent Dr Sonal Mansingh started her group “Artists against Communalism” and worked to uphold the values of secularism and cultural pluralism by bringing together on the same platform the enormous richness through classical dance traditions.

Kathak dancer and founder of Conflictorium, Avni Sethi, protested against the graffiti "Hindu daughters beware of love jihad" painted on walls alongside bustling streets and main roads of the city through her dance performance at five such spots in the city of Ahmedabad. Avni performed to the song, "Jab Pyar Kiya toh Darna Kya", from the movie Mughal-e-Azam, with the graffiti in the backdrop, right next to the main roads near Law Garden, Ashram Road outside HK Arts College, Reform Club, Netaji Marg and Panchvati.

Therefore, dance is not for entertainment alone, it’s an effort to assemble the religious and the secular aspect and it’s an endeavor each dancer thrives to achieve.