2 Years After: All Dadri Lynching Accused Out on Bail With Promise of Public Sector Jobs Within 2017 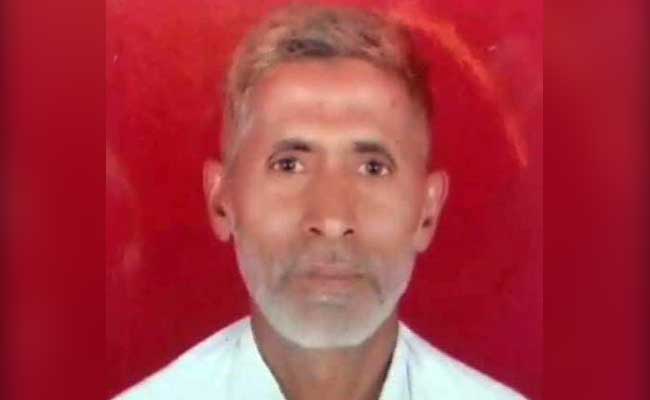 The 19 accused of lynching Mohammad Akhlaq in his village in Dadri are all out on bail, as per a promise made by BJP leaders within days of the killing. And of these some will be given a job within three months in public sector National Thermal Power Corporation. 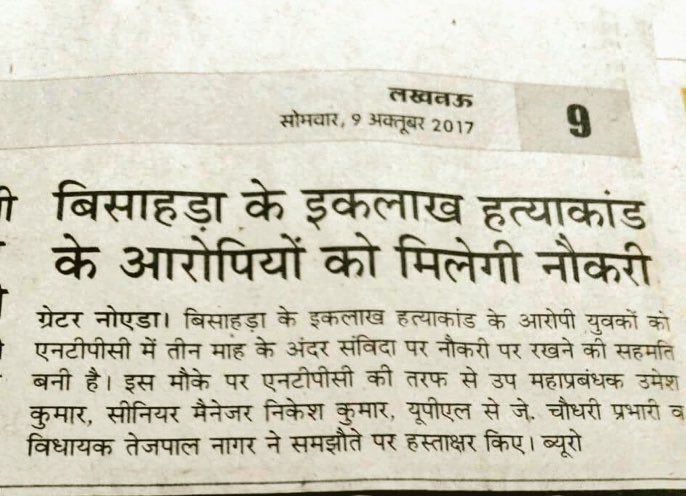 Translated it basically states that those accused of killing Mohammad Akhlaq in Bisarha village will be given jobs in NTPC within three months. This decision has been taken.

While this could not be independently confirmed by The Citizen, although locals following the case maintaining that “15-20 persons” from the village were being given jobs in NTPC, it is clear that all the accused are out on bail.

Mohammad Akhlaq was dragged out of his home, along with his son, by a mob reacting to rumours that he had cow beef stored in his residence. Akhlaq was brutally beaten to death, his son survived with serious injuries. This was on September 28, 2015 leaving the village completely polarised and tense.

This was the first such case that hit the headlines in India and across the world. It has since followed a disturbed history that had Akhlaq’s family fleeing the village and seeking refuge first in UP, and now in Delhi.

On October 4, in less than a week after the brutal lynching, BJP legislator of Muzaffarnagar fame Sangeet Som visited the village. He violated prohibitory orders with impunity, and addressed a highly charge crowd of several hundreds, promising them that all the accused would get bail. His words were greeted with loud cheers, with Som walking to the temple from where the announcement on loudspeakers had been made that Akhlaq had beef in his house. Minutes later a mob collected outside his house, and lynched him. Som, according to media reports at the time, announced, “the government of Uttar Pradesh (the Samajwadi party) is taking those who are accused of cow slaughter in an airplane to Lucknow and awaring money to them.” He said “we will take revenge.”

In 2016, tempers again flared up as one of the accused died in jail because of illness. His body was covered with the tricolour, Minister Mahesh Sharma visited the spot, and the alleged assailant received high praise. Since then the accused have been released one by one, with a main accused Vishal Rana, son of a local BJP leader, being given bail as well. No one is in jail any longer, all out on bail.

The family had been running from pillar to post for justice and security, as counter cases of cow slaughter had been slapped against them all. The cases are in the lower courts, with the progress of course slow and uncertain. Lawyers are too scared to speak, and one of them representing the family when contacted by The Citizen was visibly scared and unwilling to disclose basic facts.

The 38 odd Muslim families living in the village have felt the heat since this lynching. Several have left the village, and those too poor to shift remain as landless labourers eking out a living. Akhlaq’s wife is terrified for the safety of her sons, and of the future as they have been left to fend for themselves.

While Akhlaq died on the spot, his son Danish suffered serious injuries and it took several life saving surgeries to place him back on his feet. He said he had no information about the accused in the case and told The Citizen that the terrified family was not keeping track of any more than they were told by their lawyers. Akhlaq’s elder son Sartaj is with the Indian Air Force.

The family cannot forget that evening, with Akhlaq’s wife getting psychiatric help. The terror haunts them, with many of the Muslims who lived in the village facing cases of cow slaughter, slapped against them after the incident.