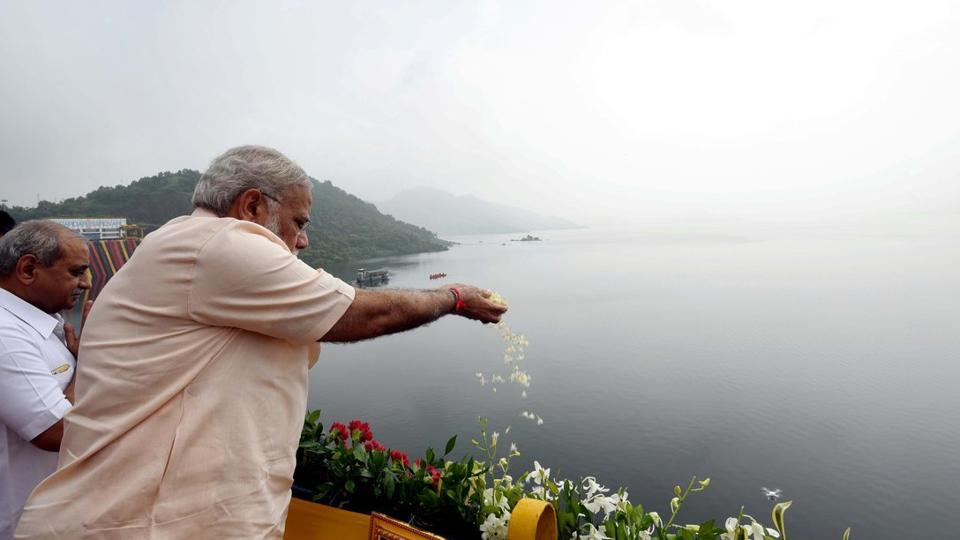 Gifting is a political process and an event in itself. We ought to ask if a bridge, a hospital, a dam, a research institute, among others, can be a gift to society. One would notice that in India, the language of gifting has become central to the inauguration of any infrastructural project. Be it the Bhupen-Hazarika Setu (the longest bridge in the country) or the Sardar Sarovar Dam or an agricultural institute, we seem to have a distinctive language of them being gifted to the people. What is this new language of gift in Modi's New India? Or, can one attach such a language to infrastructure and nation-building, historically speaking? What does it do to the common sense of people? What does it do to our understanding of our government?

Gifting is a very common practice in human history. Apart from being an economic and cultural encounter, it also signifies a multitude of things. It symbolises an action and is signified by an object which makes gifting possible. Gifting also results in the crossing of social boundaries. The French sociologist Marcel Mauss’ study of gifting in an archaic society focused on the significance of the practice of gift in human society and it follows that gifting builds networks and flows across various social groups. It involves and signals a condition where the obligation to give, receive and reciprocate is available, and although our common sense perception of gifting can be very individualistic, it is invariably only a practice that is possible due to the larger social and cultural contours that are at play. Gifting, thus, is more than action. It is a process embedded in larger social, cultural, economic and cultural worlds.

Speaking at this point of history, or even if one takes into account that kind of imagery we have from movies or advertisements, our primary memory of gifts are located around birthdays, marriages or some form of celebration that bring together our friends and family around us. Even Narendra Modi couldn't help but gift himself and to the nation the Sardar Sarovar dam on his birthday. One would also remember not too long ago when Modi gifted the longest bridge to the people of India. Gifting is as much an event as it is a process1.

Returning to Mauss, one would find that gift is never free. One can add that beyond reciprocation, there are certain costs tied to it—human, ecological, environmental and cultural. Displacement caused by dams touches all those aspects of social life without which life cannot move on. The reciprocation is maintained by making this gifting process an event of its own. An attempt is being made to remember just Modi, not the government or the state. This is just the first part of the kind of reciprocation process that Mauss spoke of, generated out of the process of gifting.

The other aspect successfully promoted by Modi and his government is that of the call of the religious, spiritual and historical categories on the eve of the event. An invocation of river gods and other mythic figures are infused to sediment a kind of belonging in this process of gifting, drawn from the domain of a larger Hindu culture. Such an act creates a kind of bond, which in the long run may work towards maintaining his political discourse and the agents and agendas of the right-wing government. Seemingly, they stand likely to gain from the reciprocation of the receiver of a gift, here of infrastructure of a variety.

Among others, gifting creates a memory and a sense of solidarity. It enters the mnemonics of our present and affects the public psyche. Such affects are ordinary but powerful. One is made to believe that they are part of the process and existence of the very infrastructure itself. It creates a new idea of the everyday. Our desires, needs, and wants undergo stimulation. Gifting in this case also becomes symbolic, attached to an individual, to a party or to a nation.

Infrastructures can also be alienating. It creates margins that become seditious in the eyes of the state. Gifting is a language that is used in many ways to displace loss, tears, and suffering of hundreds of people. For those who have lost lands due to the construction of dams and aren’t rehabilitated, such gifting is an irony, at the very least. No amount of gifting can make up for their losses. Losing land means a return to poverty and homelessness. Hence, inside the veil of the language of gifting of infrastructures, such as the Sardar Sarovar dam or Bhupen Hazarika Setu, one can locate new margins and forcefully orchestrated marginality.

Grounds that make up the everyday are constantly in flux and shifting. Gifting in this manner adds to such a complex, where there is an attempt to create a utopic, euphoric and maybe even real presentation of the powers, limits, and resources of the state. It is the darkest of ironies if not the “worst returns to laughter”.

1. I grew up in a village called 5 No Shantipur in the sub-division of Sadiya, just two kilometres away from the Assam-Arunachal Pradesh border in eastern Assam. We would meet many people from Arunachal in schools, markets, or even as co-passengers, sharing a boat over river Lohit, among others. In such encounters, many become friends and are invited to each other’s’ festivities. One such festival is known as Solung which is celebrated among the Adi community of eastern Arunachal. Apart from being offered the usual delicacies in the festival, one also receives a piece of meat, wrapped in some kind of leaf or paper, and if willing to carry back home, even some local liquor. It is a very typical practice of gifting and a way to thank and include the ones from the invited family who could not attend the Solung. Such encounters are not only instances of crossing boundaries of contiguous ethnic communities but also underline structural homology of hills and plains.