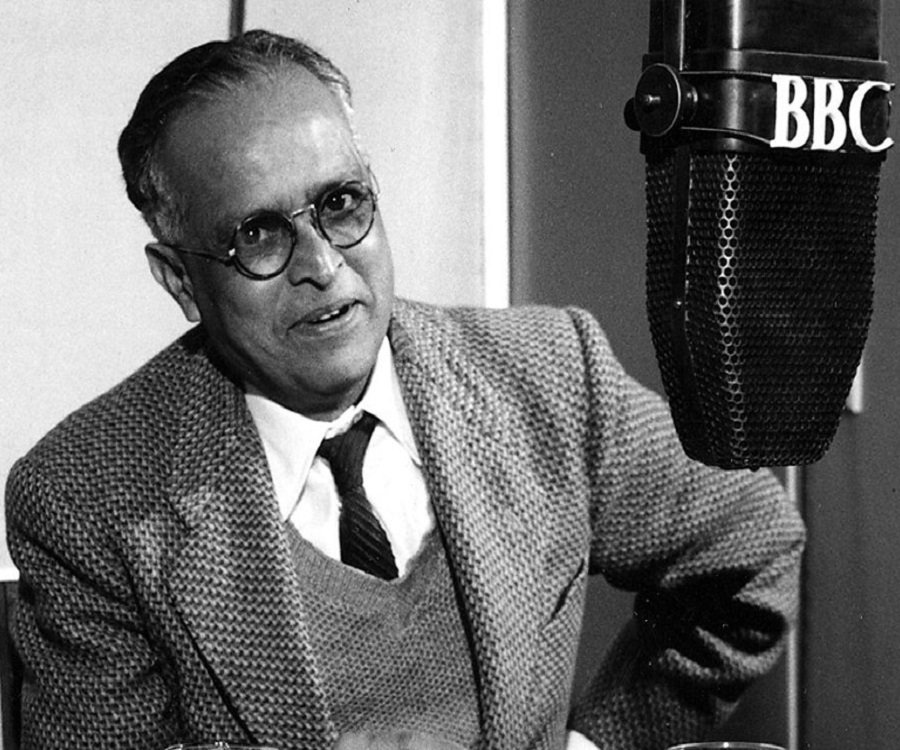 R.K. Narayan — Rasipuram Krishnaswami Narayanaswami — was born on 10thOctober 1906 in Madras/ Chennai. He would have been born in Chennai or Pattinam in Tamil and in Madras in English. He lived at the cusp of these two languages even though he spent a very large part of his life in another linguistic zone as well, in Mysore/Mysuru, where he would have been accustomed to Kannada. He, along with Raja Rao and Mulk Raj Anand, formed the so called holy trinity of Indian English Literature.

Deceptive in his simplicity, in the modest Indianness of his English, in the everydayness of his world, Narayan should not even have made the canon of literary fiction in his lifetime, let alone rule it even in the second decade of the twenty-first century. Yet, it is these very qualities that made him a popular writer, one who seemed to write allegorically about every corner of India, about residents of any small town, about the eddies and minor currents that disturb the placid surface of the slow river of life in an India that has a strong foothold in the past, in traditional life. It is not so much the recognition of a life many people knew (“knew” rather than “know”, for life has changed everywhere in recent times and many may not recognise the material realities of Narayan’s world as their own) but the fact that Narayan was a storyteller par excellence that accounts for the popularity of his works. He is the village gossip, your friendly uncle who always knows something or the other about everybody and, even better, tells a story in such a way that you can visualise every detail, that you recognise every character, that you hear the voices, even as you laugh at the storyteller’s comic vision. His humour does not distort reality; his irony does not lessen the truth value of his works.

Narayan’s is a world in translation. Malgudi, in some corner of South India as Narayan liked to say, is a small town that has had the impact of English rule and missionary work without losing its rural, traditional roots. It is too distant from the centres of power to change utterly but not part of a remote countryside, locked in its own linguistic world. However, the referential world of Narayan’s works is Tamilian, specifically the world of Tamil brahmins. But it is a feudal world that is changing, even collapsing in its encounter with western modernity. Narayan’s English is a language born in and constantly recreating itself in the interface of different cultures. Narayan had this to say about his generation of Indian English writers: “often the writing seemed… an awkward translation of a vernacular rhetoric, mode or idiom. But occasionally, it was brilliant.” (Narayan, “English in India”) It seems so natural for it not to be rooted except in an India of traditional life styles that every Indian reader saw Malgudi in her part of the country.

This is perhaps the reason why people around India watched Malgudi Days as TV serial in Hindi and found it a recognisable delineation of childhood, as a realistic show that worked brilliantly in translation. It was because even the original was in translation. Many of his characters speak in Tamil to each other but you know it only when the narrator or a character in the particular novel says so. Narayan famously said that he thought Tamil language or literature was of no use to him since he was a realistic fiction-writer in English. He was that, which is what makes his literary achievement even more impressive, his seeming ease and simplicity a product of immense talent and work.

One must remember that Narayan was the first English writer to win the Sahitya Akademi Prize. He was awarded the Padma Bhushan in 1964 and the Padma Vibhushan in 2000. In 1986, he was nominated to the Rajya Sabha. It was during his stint in the Rajya Sabha that he sent for me once when he was very bored. He grilled me for about ten minutes on my pedigree – he wanted me to tell me all about any older relative I remembered till he placed me. He then said, “Now, I know you”. He wasn’t having fun at my expense, though he did that too later, firing comic salvos at academics at large and my university in particular. Narayan once famously said that to be a good writer you needed to have roots, both in religion and in family, and that he had these things. He was checking if I had either.

Most of us South Asian readers have roots in his world, in the shifting soil of tradition mixing with modernity. And we can’t have enough of his works.

Many happy returns of Malgudi Days, all of us!