Appointments of Chairperson & Members to NHRC Should be About Integrity, Independence & Commitment to Human Rights Protection 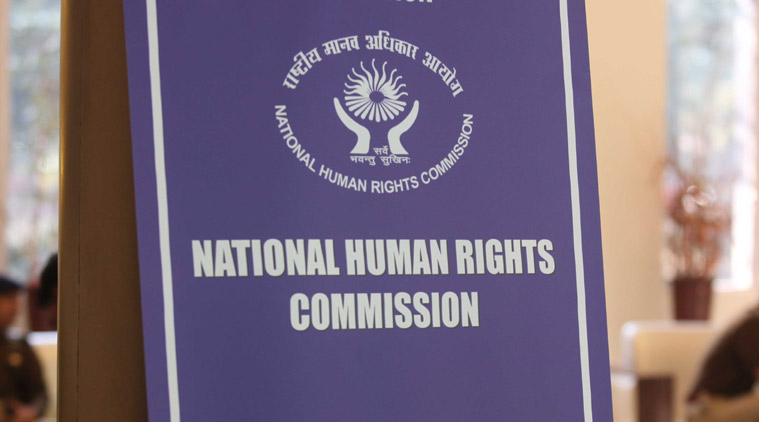 Since its formation following a statute in 1993, in response to international commitments, the NHRC has functioned as an institution falling short of the immense expectations from a population getting more and more aware of their rights and violations by state and non-state actors.

From being called a toothless tiger to one that requires a far less centralised mode of operation, a serious limitation in the NHRC’s functioning has been the over arching domination of the political class in choosing those that represent this institution. The chairperson and members need to be of such a calibre who actually become the ballbearers of human rights protection in the country. Except for a few halcyon moments for the 24 year old institution (for example the Punjab Cremations Case and Gujarat 2002 Suo Moto Investigation), this august body –in popular perception –has failed to become the vibrant watchdog it was set out to be.

A prominently placed news report in The Hindu today informs readers that the Home Ministry has moved the Cabinet (GOI) to amend the recruitment process of the National Human Rights Commission (NHRC). According to the newspaper, a key change being contemplated is that a retired Supreme Court judge could also be considered for the Chairperson’s position, currently reserved for former Chief Justices of the Supreme Court.Similarly an amendment for appointment of members is also being considered. The members could be picked from a pool of retired Chief Justices of High Courts. Currently, a serving or retired SC judge is considered. The NHRC was constituted under the Protection of Human Rights Act in 1993. The Act was last amended in 2006.

“The amendments are being done on the request of the NHRC itself. Complying with international norms, some changes are being made in the Act that will open the floor for recruitment from a wider pool,” said a senior government official.The Commission consists of a chairperson, one member who is or has been a Judge of the Supreme Court, one member who is or has been the Chief Justice of a High Court and two members to be appointed from among persons having knowledge of, or practical experience in, matters relating to human rights.

Appointments Should be About Autonomy & Commitment to Human Rights Protection First

While on the face of it the move is welcome –since rights groups itself have been recommending that the restrictive categories from where the chairperson and members can currently be chosen is limited, the track record and actual choice of persons will be as material as simply ‘creating a wider pool.’

Currently, the appointments of the chairperson and other members  are appointed by the President obtaining recommendations from a Committee consisting of the prime minister, speaker of the house, home minister, leader of both the houses of parliament and deputy chairperson of the Rajya Sabha.

But what happens when we have a government in power that simply does not recognise political opposition and debate and in fact has not even granted the single largest party the position of leader of the opposition?

The Modi Government has been curiously selective in allowing the largest party in the lower house (Lok Sabha) to have a say in key appointments to such bodies. Today while Gulam Nabi Azad enjoys the position of leader of the opposition in the Rajya Sabha, while Mallikarjun Kharge is considered to be ‘de facto’ leader has not been formally given the position.

This anomaly or gap has been rather cleverly, if crudely twisted by the ruling dispensations when it comes to appointments. For example when it came to the appointment to the Director of the CBI, to suit its ends, the ruling party pushed through an amendment to the ‘Delhi Police Establishments Act’. Now instead of consulting with ‘Leader of the Opposiiton in Lok Sabha’ the appointment process is felicitated by consulting with ‘Leader of the Largest Party in the Lok Sabha.’ Significantly however such an amendment to allow consultation with the political opposition has not been felicitated in for instance, the appointment of the Lok Pal (through an amendment to the act). And it is unlikely that the new amendments to the PHRA (Protection of Human Rights Act, 1993) will include such an amendment that will also take into consideration the opinions of the political opposition.

In any case, the present Modi-led NDA II government had come in for some flak from the Supreme Court earlier this year when the court had asked the body to appoint the NHRC DG within a week.

Last November, the same central government that is today speaking of ‘widening the pool of appointments to the NHRC’ had come in for sharp criticism when it had tried to push through a political appointment.

Then again, earlier this year the current chief of NHRC, Justice HL Dattu, was quoted as saying  "There should be amendment in the Protection of Human Rights Act, 1993 so that the commission can take action against officials who ignore its recommendations."

Sabrangindia had reported (November 10, 2016) that while opposing the appointment of a senior office bearer of the Bharatiya Janata Party (BJP) as a member of the National Human Rights Commission (NHRC), several judges and human rights activists have roundly condemned the decision – first of its kind – to appoint a career politician to the national human rights body.

We had pointed out that the decision, last November, to clear a politician to be on its panel is one more step of the ruling dispensation’s sinister intents to erode the autonomy of institutions. The Modi government, had tried once before to bring in a judge of the Supreme Court — Justice Sathasivam who had already accepted an executive post  of Governor of Kerala. That controversial appointment had also been challenged by the People’s Union for Civil Liberties (PUCL). We had also informed readers that this was not the first Time, NDA I too had encroached on NHRC’s Autonomy: before that NDA I, under Advani had brought in a CBI director seen favourable to the regime, in 2004. Then, LK Advani, India’s deputy prime minister and home minister in 2004, overruled the objections of Chief Justice AS Anand and insisted on the appointment, to the NHRC of a just retired Director of CBI.

A committee that appoints members to NHRC is chaired by prime minister and includes the home minister, leader of opposition from both the houses, speaker of Lok Sabha and deputy chairman of Rajya Sabha as its members. The committee headed by PM Modi had earlier anonymously cleared appointment of BJP VP Avinash Rai Khanna as a NHRC member despite his insufficient qualification and his participation in active politics. Khanna has had only a short stint (13 months) with Punjab State Human Rights Commission, which he quit on being elected to Rajya Sabha. The Congress had first claimed ignorance of the move.

Justice Rajinder Sachar, former chief justice of Delhi High Court and former member of United Nations Sub-Commission on the Promotion and Protection of Human rights, criticising both  the ruling BJP and the Congress had then told SabrangIndia, “How is that even possible? He himself is a leader of opposition in Rajya Sabha and Khanna is a former member of Rajya Sabha. How can he not be aware of Khanna’s affiliation with BJP? The Government is taking such a step and surprisingly even Congress is not opposing it? Their duplicity must be exposed.”

Further, Sachar called decision to appoint Khanna wrong “in principle” and also said that the People’s Union for Civil Liberties (PUCL) will be taking steps to cancel Khanna’s appointment.

Justice Hosbet Suresh also condemned the committee’ decision, calling it, “fundamentally wrong”. “I am unable to understand how the committee cleared appointment of a politician anonymously. This needs to be challenged in the court,” he said.

Interestingly, when in opposition, BJP had opposed appointment of former Supreme Court judge Cyriac Joseph to NHRC citing his alleged closeness to "certain political and religious organisations". However, the objection by the then Leader of Opposition Arun Jailtley was rejected by the panel and the appointment was cleared.