old post
Does the Judiciary Get Carried Away By Patriarchal Sentiments While Decoding Sexual Consent?
September 30, 2017 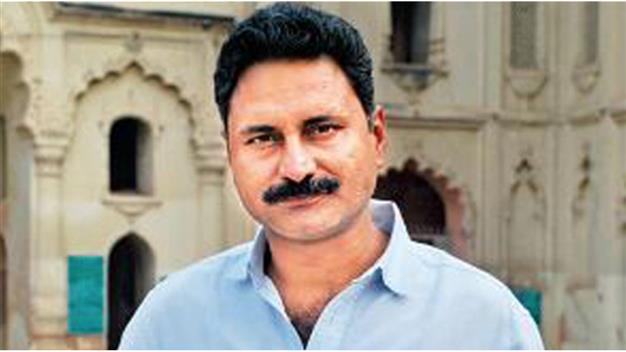 Decoding sexual consents in rape cases involving persons who have been maintaining close relationship with a shared past of physical intimacy can be a tricky affair. It takes a highly balanced and nuanced approach to resist the temptation to read the past history of intimacy into the offence to infer presumed consent.

A close study of two high court orders passed over the last week makes one wonder whether patriarchal sentiments and moral prejudices are at play, at least at the judicial sub-conscious mind, in dealing with such instances.

One is the rape case involving director and artist Mohammed Farooqui, who was acquitted of rape charges by the Delhi High Court early this week. This was the first reported conviction in offence under Section 376 IPC, after the definition of ‘rape’ under Section 375 IPC was expanded by 2013 amendment to include non-penetrative sexual acts. The accused and the lady in the case were close friends; they used to express physical intimacy by exchanging kisses and hugs. On the day of alleged offence, the accused was intoxicated and seemingly in a gloomy mood. The lady tried to console him and hugged him. Thereupon, the accused forcefully performed oral sex on her.

The acquittal is on the ground that that the man had no means to know whether the woman was protesting his sexual advances. In other words, the woman did not communicate her protest in an intelligible manner. There was an assumed consent; though the woman was not willing.

But the judgment itself notes that the woman had pushed the man, when he advanced. And when the man had tried to kiss her, she had told in clear terms that she wasn’t up for it.  The following factual findings in para 81 & 82 of the judgment are relevant There are some exchanges between the parties regarding their being good persons in their individual rights. The prosecutrix starts feeling motherly towards the appellant. Then the appellant communicates his desire to suck her. The prosecutrix says “No" and gives a push, but ultimately goes along. In her mind, the prosecutrix remembers a clip from the case of Nirbhaya, a hapless girl who was brutally raped and killed, when the maelfactor had declared that if she (Nirbhaya) did not resist, she might have lived.

Isn’t the initial push of resistance from the woman a sufficient signal of protest? Doesn’t her declaration of ‘No’ to the accused when he tried to kiss unequivocally signify her lack of consent? However, without dealing with it, the judgment proceeds to the further note as follows.

An important point is being missed here is that the woman had conveyed her protest through verbal (‘No’), and non-verbal (push) communication. When the accused proceeded and made physical contact with the victim ignoring the protest, there occurred commission of offence at that very moment. Whether the victim made any resistance subsequently and whether she enjoyed the act are of no significance, for the commission of offence was complete the moment when accused made initial physical contact despite the woman's protest.

The court trivializes the impact of the said initial protest made by the victim by suggesting that it might have been a feeble ‘no’. The court did advert to proviso to explanation 2 of Sec.375 IPC which states to the effect that lack of physical resistance from the woman should not be construed as consent. However, the court carves out a new exception for this principle by stating that a different yardstick of consent is applicable to ‘persons of letters’, who are ‘intellectually/ acdemically proficient’.

The following observations of the court in that context are telling: But same would not be the situation when parties are known to each other, are persons of letters and are intellectually/academically proficient, and if, in the past, there have been physical contacts. In such cases, it would be really difficult to decipher whether little or no resistance and a feeble ‘no’, was actually a denial of consent. (para 78). It is highly doubtful whether this judicially-created exception is legally sound. Can the benefit of explanation 2 to Section 375 be denied to a woman who is a person of letter, having intellectual/academic proficiency, who used to have physical contact with the accused before? Also, this was not a case of ‘no resistance’ by the woman. There was protest; but the court chose to ignore the protest, by stating that the protest was not sufficient to convey lack of consent. One is left to wonder as to what more a woman is required to do than a ‘push’ and a statement of ‘No’ to signify lack of  consent to sexual act.

Also to be read along with this is a problematic observation, which occurs in an earlier part of the judgment that ‘instance of women behaviour are not unknown where a feeble ‘No’ may mean a ‘Yes’ (para 78). It is problematic on two counts: first, to import unverifiable personal knowledge into adjudication process is not a sound approach. Second, it tends to send a wrong signal to the society. Deep-rooted patriarchy has designed many male minds in such a manner to harbour a sense of entitlement with respect to sexuality, and this observation could embolden such minds to indulge in predatory and stalking practices upon women.

It must be said that the court did strain a lot to make a scrutiny of fact situation, and the judgment does empathise with the victim. But ultimately, one gets the feeling that the male perspective trumped all other considerations by giving a benefit of doubt to the accused on ground that he misread the situation to presume consent. The other observations in the judgment to the effect that ‘in normal construct, man initiates sexual acts’, ‘he performs the active part whereas a woman is by and large, non-verbal’, ‘a woman’s feeble no may mean a ‘yes’’ etc seem to suggest that situation was approached and studied only through a male perspective, and that strong gender bias was at play in the judgment.

The judgment of the Delhi High Court had a sophisticated tenor in language and was considerate and solicitous towards the agony of the victim. However, the order of Punjab and Haryana High Court in the rape case involving Jindal Global University students contains not-so charitable observations on the victim, bordering on victim-shaming. There, a woman student was gang-raped by three of her friends. She had a past relationship with one of the men involved, and he had obtained her nude picture and threatened her into submitting to sexual acts with himself and two others. The trial court convicted three of them for offences punishable under Section 376D IPC.

While allowing the applications by the convicts seeking suspension of sentence, the court made some observations, which were best avoided. It was observed as follows: A perusal of the statement of the victim as also her cross-examination reveals a promiscuous relationship and sexual encounters with all the three accused persons over a period of time and at no stage did she ever make any attempt to reveal her mental state to either the authorities in the college or to her parents or her friends. Irrelevant comments were also made in the judgment about her smoking and drinking habits. It was further observed that the entire crass sequence actually is reflective of a degenerative mindset of the youth breeding denigrating relationships mired in drugs, alcohol, casual sexual escapades, and a promiscuous and voyeuristic world.

The court was persuaded to think that it was an instance of casual sex, as clear from the following reason stated for suspending sentence. The testimony of the victim does offer an alternate story of casual relationship with her friends, acquaintance, adventurism and experimentation in sexual encounters and these factors would therefore, offer a compelling reasons to consider the prayer for suspension of sentence favourably.

To trivialise the incident of a woman forced to indulge in sexual acts against her will due to blackmailing as adventurism and experimentation in sexual encounters is quite unfortunate. While suspension of sentence is a matter of judicial discretion, it would have been judicious on the part of the court to refrain from making such sweeping remarks and characterizations, at least at the stage of admission of appeal against conviction.

Probably, it is high time to seriously debate and consider the suggestion that rape cases be tried and heard by women judges; as it can bring in more gender sensitivity in the process.