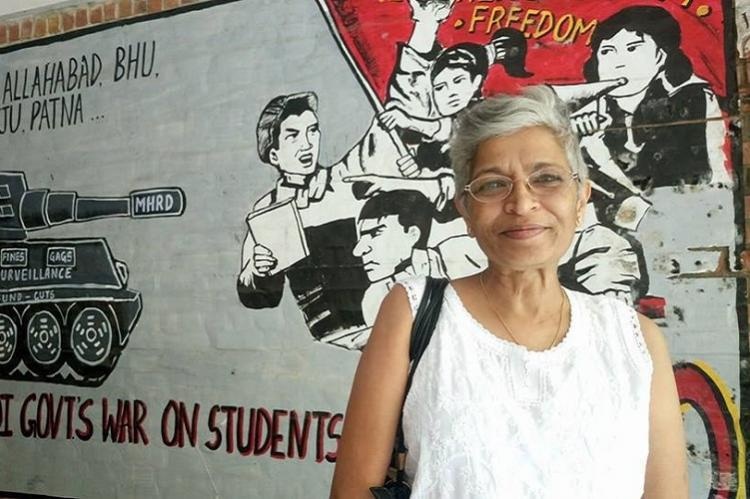 Karnataka Komu Souharda Vedike (KKSV), is shocked and deeply saddened by the cold-blooded murder of senior journalist and activist Gauri Lankesh at her Bangalore residence.

Gauri Lankesh was shot dead in her home in northern Bengaluru on the night of 5th September. Unidentified men fired at least five shots at her before escaping by motorbike.

Gauri Lankesh was a fierce journalist and the most vocal critic of communal forces in Karnataka and in India. She was committed till her last breath in her struggle against communalism and supported progressive forces in maintaining communal harmony in Karnataka. She was one the founding members of Karnataka Komu Souharda Vedike (KKSV), an organisation dedicated to maintaining communal harmony in Karnataka. She worked vociferously to bring together people with similar ideology on a common platform in the fight against the class, caste and religious fundamentalist forces.

She was also a member of All India Forum for Right To Education (AIFRTE) and has always been supportive of student struggles against fascism, privatisation of education, communalisation and caste and gender based discrimination.

Known for her fearless and outspoken attitude Gauri Lankesh was the editor of Gauri Lankesh Patrike, a kannada fortnightly newspaper and has authored several books.  She was a staunch critic of right wing Hindutva politics and wrote extensively about it.  The newspaper exposed corrupt politicians and called out the communal agenda and bigotry of hindutva brigade on several occasions. It provided space for progressive voices in the rapidly diminishing democratic space in media.

This is the second murder in Karnataka and fourth in India where a public intellectual has been killed in broad daylight. The cold blooded murder bears similarity with the killings of Narendra Dhabolkar, Govind pansare and Dr. M.M. Kalburgi. There seems to be a pattern and a network operating behind these murders. The earlier murders remain unsolved. KKSV along with other progressive forces have the following demands to the government —

1.     We demand a judicially monitored probe for the murder of Gauri Lankesh.

2.     Government should declare this as an act of terror.

3.  Joint parliamentary committee must be formed to recommend action against the groups operating behind the assassinations of rationalists and thinkers.

You can kill a person but you cannot kill the ideas! We are Gauri Lankesh!