“The murder of Gauri Lankesh follows on the heels of the murders of Narendra Dabholkar, Govind Pansare and M M Kalburgi…” 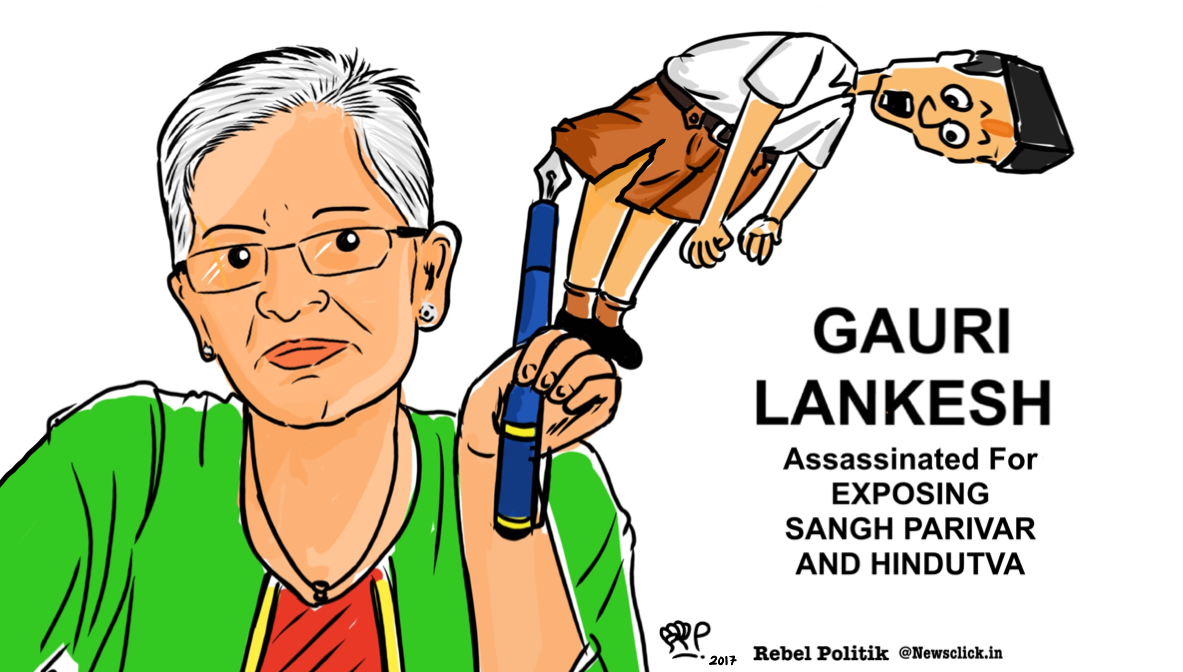 The assassination of Ms. Gauri Lankesh, noted Kannada journalist, writer, activist and champion of secularism and communal harmony, has come as a rude shock. Ms. Gauri Lankesh was killed on the night of 5th September, 2017, right in front of her residence in Bangalore. She was Editor of the popular Kannada weekly, Lankesh Patrike.

This brutal murder of an outspoken journalist is a dastardly attack seeking to muzzle free speech and freedom of the press. Ms. Gauri Lankesh was a bitter critic of the Hindutva brand of politics, and an uncompromising crusader against intolerance, communalism gender and caste injustice. She had also earned the wrath of many so-called godmen and spiritual institutions for exposing sexual abuses in the name of “spiritual salvation.”

It is perhaps not coincidental that on 5th September, Bengaluru was hosting a convention on social harmony. Also, heads of several Hindu religious institutions were holding a “dharna” demanding the passage of an “Anti-Superstition Bill” by the Karnataka legislature. Saffron forces had also planned to inaugurate a communally-charged “Mangalore Chalo” programme that was finally aborted. Ms. Gauri Lankesh had fiercely opposed this “Mangalore Chalo” programme and had also supported the Lingayat Mutts' idea of declaring themselves non-Hindus since, according to the 12th century social reformer Basavanna, discrimination on the basis of caste and gender were forbidden.

The murder of Ms.Gauri Lankesh follows on the heels of the murders of Dr.Narendra Dabholkar, Shri Govind Pansare and Prof.M.M.Kalburgi, probably as part of the same conspiracy by dark right-wing forces.

The All India People's Science Network (AIPSN) condemns Ms. Gauri Lankesh’s murder, conveys its heart-felt condolences to her family and friends and expresses its solidarity with the journalist community.

The AIPSN calls upon all its constituents to hold protest meetings against this murderous act, perpetrated by the forces of intolerance that are a threat to the country's unity.

The AIPSN joins hands with all progressive forces in appealing to citizens to challenge the forces of reaction, who are responsible for these assassinations and who seek to deny democratic space for  reasoned debate, plurality of opinion and culture and freedom of speech and expression.

The AIPSN demands quick action from the Government of Karnataka to bring to book the forces that have committed this heinous crime and which continue to disturb peace and communal harmony.