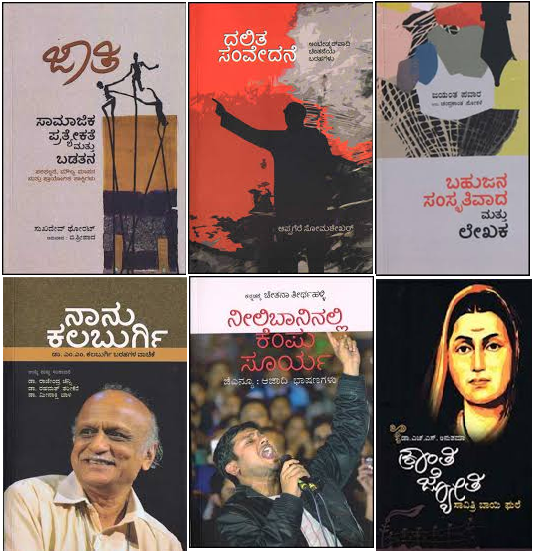 Karnataka has many progressive publications. These publications aim at educating the people of Karnataka about progressive thoughts and ideas. The lack of such publications in the northern Karnataka region led to the establishment of "Ladai Prakashana" (Ladia Publication) in 1990. At first, we were not able to concentrate on book publication because we were working on newspapers. But in 2002, we began full-fledged publication work. Since then, Ladai has published 160 progressive books.

The aim of Ladai Prakashana is to associate itself with the organisations and movements working for people’s rights by collating their progressive thoughts in the form of books.

It is not true that Karnataka has not seen large scale protests. Maybe the 90’s and early 20th century did not see protests and movements on the scale we see now. Karnataka, today, is witness to numerous movements, fighting with the people’s interest as their agenda. Ladai Prakashana provides these movements with literature, and also collate the ideas and agenda of these movements.

Ladai Prakashana has received a very good response in Karnataka. Since Karnataka has had congregations of Bandaya literature (revolutionary literature), progressive writers have had the space to come together to discuss contemporary issues. The temporary break in such congregations has led to the setting up of the May festival. The month of May is a symbol of resistance. So it is a good time for progressive writers and activists to come together and generate protest literature.

We have had four May festivals so far. And we have been bringing all the progressive writers together on different occasions since the last 15 years. Last year, we aimed at discussing the contemporary issues in the state and this year we concentrated on the different faces of fascism,  at the international, national and the state levels. The fascist environment being created in India today is a threat to freedom of expression, with the state assuming sovereign authority.

Is Congress Acting as a B Team to BJP in Karnataka?

Karnataka’s Syncretic Culture is being Appropriated by the Hindutva Forces