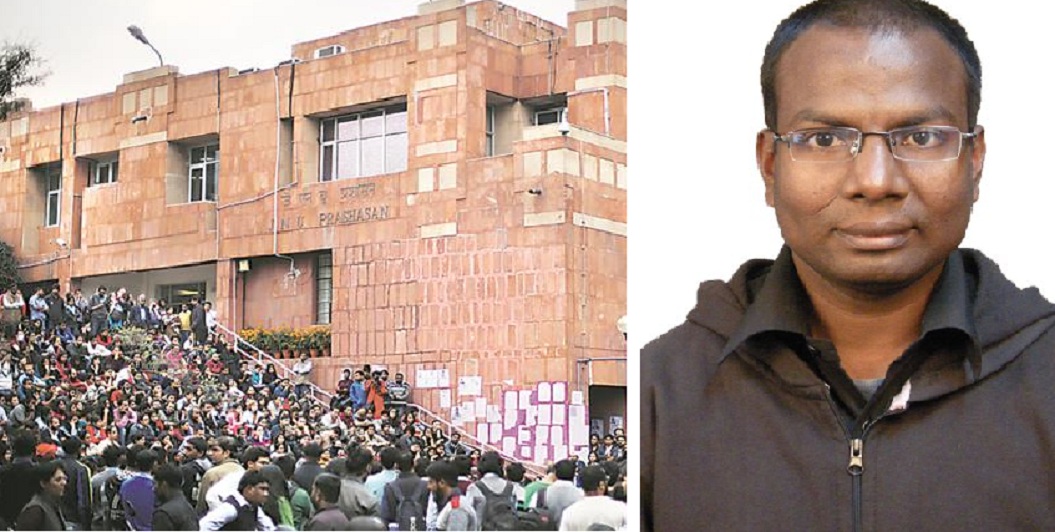 Ghanshyam Das, former research scholar at the Department of Philosophy in JNU, and a UPSC aspirant, passed away on 20 August, 2017. His untimely death, points at the complacency most of us share in matters of mental health. In the eyes of the university, Ghanshyam had lost his worth the moment he discontinued his PhD, and was repeatedly unsuccessful in his attempts to crack the UPSC exam while his mental health deteriorated gradually.

In the four years that I have spent in JNU, I have seen Ghanshyam being treated no better than an outcast. Ghanshyam lived in shamefully deplorable conditions in a small shack near the 24*7 dhaba. He used to occasionally ask the students for money to buy food; sometimes, the dhaba owners would give him something to eat out of pity. Harshit Agarwal, who studied Sociology in JNU says, “I had seen him sleeping at that hut near 24*7 during extreme heat or cold, enduring mosquitoes and other insects. I wondered, if students inside their hostels would sometimes fall ill, how he could not. He was there all the while without proper food and care, while everyone from the “empathetic” and “compassionate” JNU community saw him every day and did nothing. The union, for all its slogans could not get him adequate medical attention, leaving him to rot in the campus…”

Ghanshyam's inability to live up to the conventional markers of progress, set by our casteist and ableist education system and society at large, affected his mental health severely. I remember seeing him sitting alone, and enacting a mock UPSC interview where he tried hard to convince the interviewer that he had potential. Once, he walked up to me and asked me to sign a letter asking the director of IAS exams to kindly accept Ghanshyam Das as an administrative officer. He then went up to several others sitting around to gather more signatures. Ghanshyam would attend talks and seminars, ask questions which would be mostly ignored.

It was quite evident that Ghanshyam was constantly struggling to make the same system that ostracised him, accept him. His love for literature and philosophy suffered, as he desperately tried to gain respect by being a civil servant. It is not surprising that, after he passed away of “lung infections”, the Dean of Students, the Public Relations officers, and the JNU administration showed absolutely no interest in the news of his death.

The suicide of scholars like Rohith Vemula and Muthukrishnan in the recent past, have exposed the blatantly casteist nature of our institutions. However, whenever the issue of mental health was brought in in those cases, it was mostly done to obliterate the fact that the students were victims of casteism. Mental health was viewed as something that existed outside the socio-cultural conditions affecting the students. Ghanshyam, who also happened to be a dalit research scholar, received no help and no co-operation for his worsening mental health. His death exposes the fallacy of trying to present mental health in opposition to, or something that is completely devoid of the political.

We have failed to understand how the issue of mental health constantly intersects with issues of caste, class and gender. Ghanshyam’s death is a result of our inability to address these questions, and has exposed our collective failure to fight for him.

The neglect he suffered indicates that, despite our shared interest in progress, we still devalue mental health. It shows that we are all guilty of poor awareness, and are intolerant of the ones struggling with mental disabilities. As Anubhuti Agnes Bera, a research scholar and political activist of JNU says, “We did not do enough for you Ghanshyam, adieu. Rest in Peace.”

JNU Student Testimonials: “I am proud that we can hold a discussion on Kashmir in JNU”