old post
In a Welcome Move, Juggernaut Stands by their Book From Godman to Tycoon
August 12, 2017 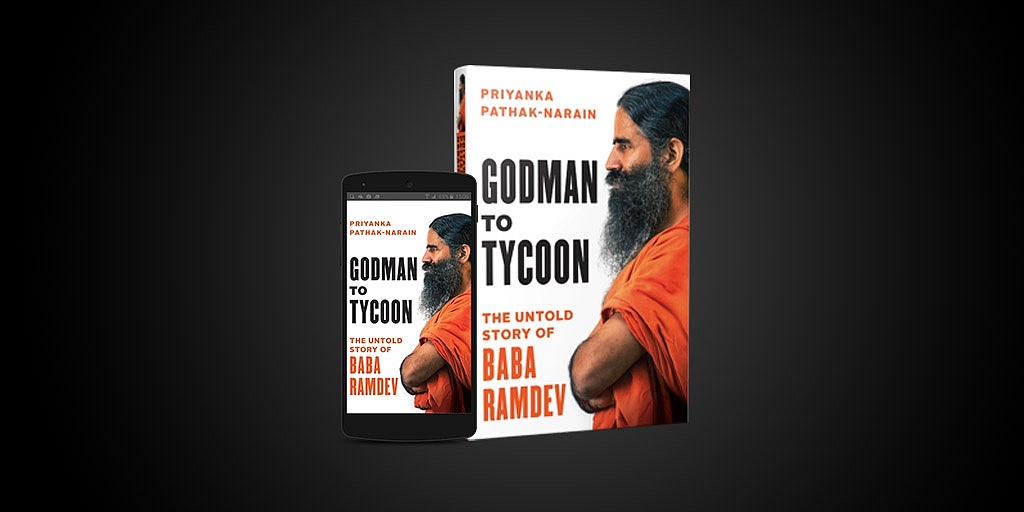 The court of the ACJ-CCJ-ARC (East), at the Karkardooma District Courts in Delhi, has ordered an injunction on the book Godman to Tycoon: The Untold Story of Baba Ramdev. Published by Juggernaut and written by journalist Priyanka Pathak-Narain, the order was passed in the absence of both the publisher and the author.  This court wanted to “prevent the delay which would be caused during the process of serving the notice and hearing the defendants”.

In a statement published on the Juggernaut blog, the publisher has said that they “stand by the book” and will move court to “vacate the injunction”. This is a courageous and just stand, taken by an independent publishing house, when we have had precedents of international publishers buckling under pressure when faced with threats.

The book traces the rise of Ramdev from a small village into a global icon, but also notices the several fault-lines in this journey. The book is well-researched. An infographic in the Juggernaut blog shows that Pathak-Narain referred to almost two hundred newspaper articles, filed more than eight RTIs, and spoke to more than fifty people in the process of writing the book. “My sources corroborated – and dismissed – information that I had gathered from other primary sources, helping me fill in the gaps until a clear narrative began to emerge,” she says in a blog. 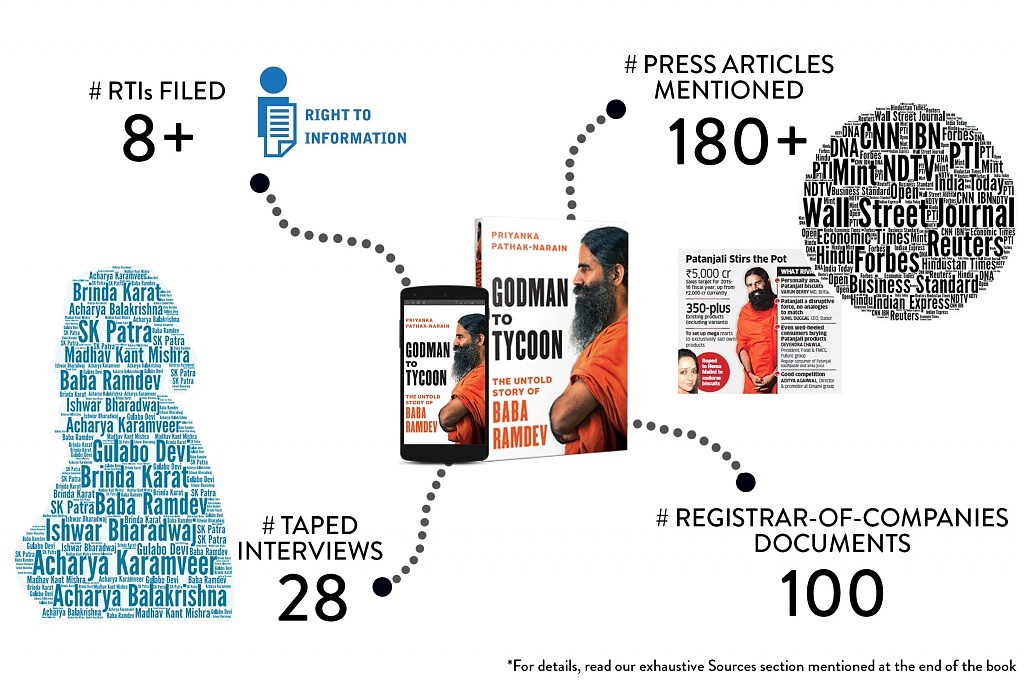 Juggernaut, too, verified the sources and sent the taped conversations to a forensic laboratory for testing. In an interview with the Indian Cultural Forum, Chiki Sarkar, the publisher of Juggernaut, said, “We closely look at the arguments the author makes and the evidence they have for it. If we aren't confident that the author's evidence is strong enough, we either remove that particular matter or rephrase it. In the case of this book, we also got the recordings of the interviews forensically tested, and did a special source section.” A complete list of the sources can be read here and a selected list of articles referred to can be read here.

Juggernaut had also vetted the book by a legal expert. Did they foresee such a situation? “We didn't foresee this situation but we felt there might be a response because the book is so deeply reported and sheds much new light on Ramdev. We had wanted a book that was as objective and fact based as possible, without whitewashing any aspect of his life”, said Sarkar.

At this juncture, it is time to recall the Madras High Court judgement that quashed the criminal case against Perumal Murugan: “The choice to read is always with the reader. Literary tastes may vary – what is right and acceptable to one may not be so to others. Yet, the right to write is unhindered,” it said. It’s best if people read the book on Ramdev and judge its merits themselves. Barring the distribution of the book not only takes away the writer’s right to write, it also takes away the reader’s right to read.