old post
Lynching Democratic Values and the Spirit of the Constitution
July 5, 2017 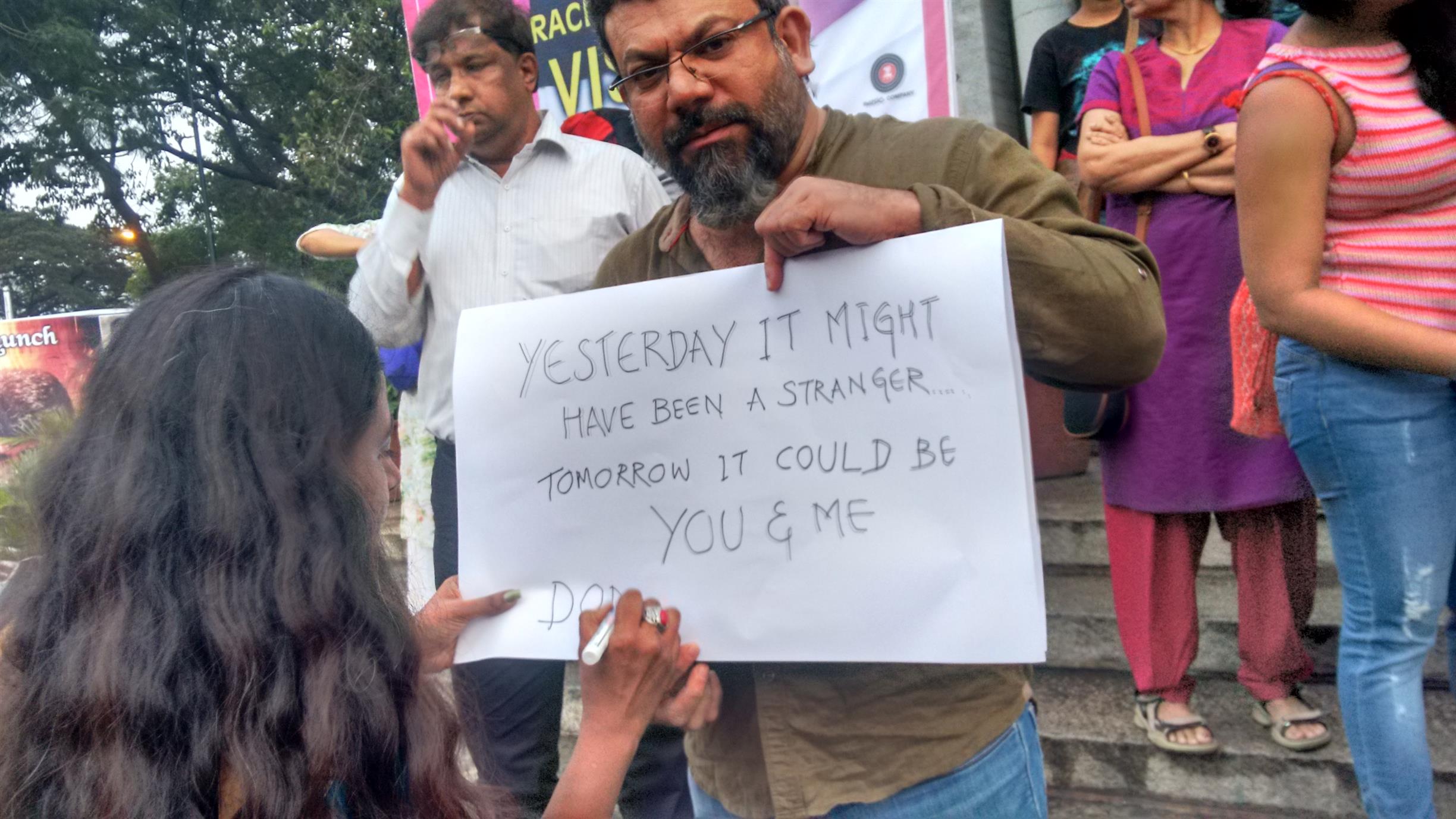 A NotInMyName Protest in Bengaluru

People are being killed on flimsy pretexts, or even without any reason. The eerie silence of those on the top, and the weird or mechanical responses of their juniors is a clear-cut indication that now our freedom is under serious threat. Difference of opinion and cultural distinctions are being projected as anti-nationalism. It is only the Constitution now, that gives us a sense of equality and fearlessness; in practice, “clever” ways have been manufactured to brand, as unpatriotic, the minorities, independent thinkers and the people who don't eulogise the policies of the establishment. In fact, the present system itself seems eager to lynch true democracy and the spirit of the Constitution.

The thinking in the corridors of power is that their parochial patriotism, narrow nationalism, and conservative cultural-ism will bring them back to power. If they are wrong in their assessment, let's prove it with our sane voices. And if they are correct, let's be ready for sacrifices to save democracy, the Constitution and human values. That is the only way to remain nationalistic and patriotic today.


Atamjit Singh returned his Sahitya Akademi award in 2015 in protest against growing intolerance in the country. Hear him on Theatre in Punjabi today.